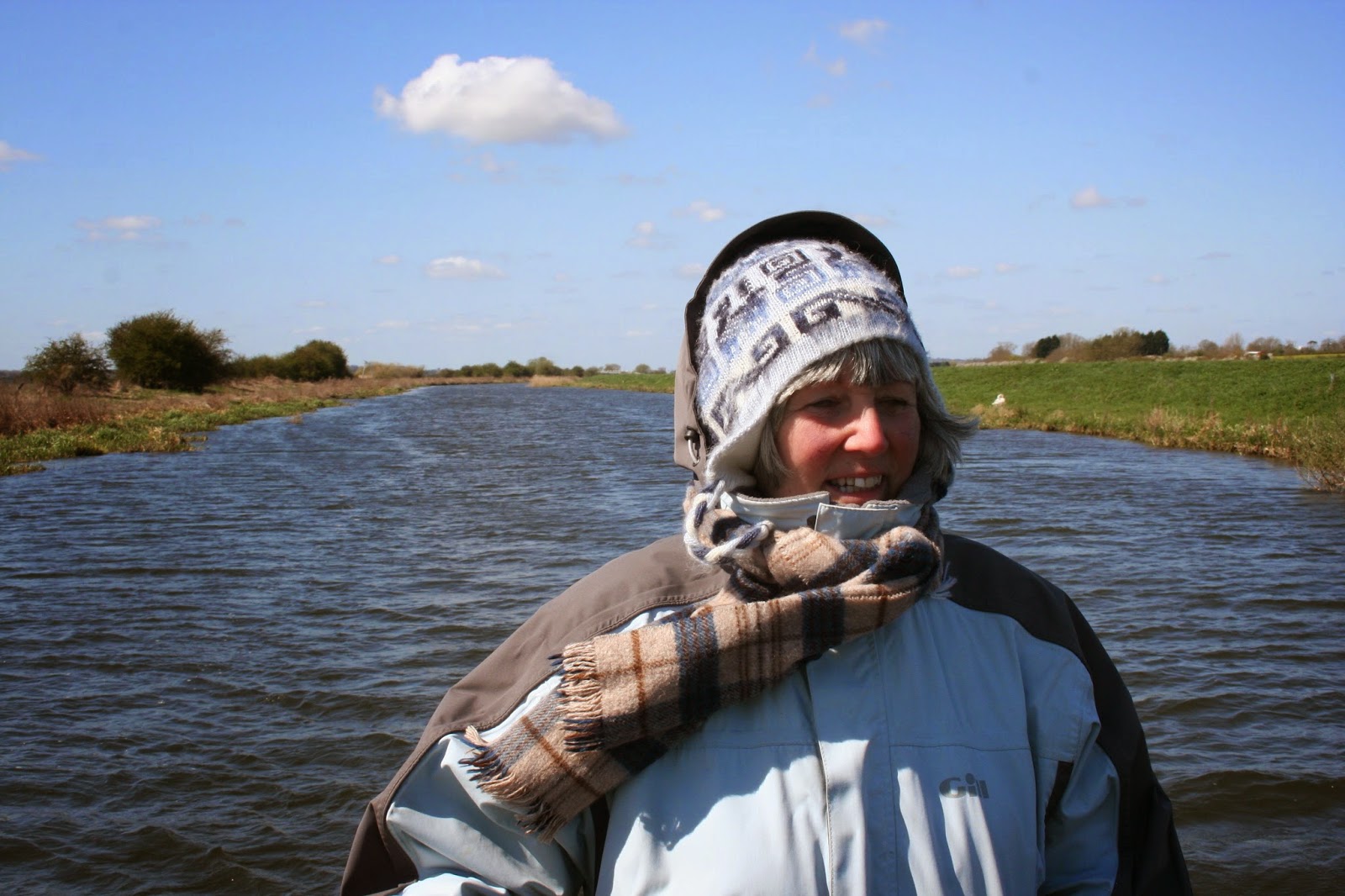 On leaving Lincoln through Stamp End Lock, with its guillotine top gate, we were very lucky with the weather - cool, breezy but sunny and beautiful. Like many rivers, we just wish that we could see more over the banks ...
Moorings here are mainly 72 hours or 48 hours. Washingborough village and the more isolated Fiskerton Fen mooring (nature reserve) pontoons are excellent. We left the boat for a few days on the Bardney Lock moorings, which have all services including electricity, if you have a card from Torksey, Lincoln or Boston, as the good folk in the boat next door told us. You can reach the moorings via a decent 1 mile long farm road 300 metres west of Bardney Bridge. You may have to park the car 200m short of the lock, due to a barrier. A CRT key is needed for both facilities and to get to the secure moorings.
On our return with our good friend Angela Palmer, we had an idyllic day down to Kirkstead Bridge, just outside Woodhall Spa. On the way, we levered open the flood gates to Timberland Delph, as John Lower's and Christine Richardson's Richlow guide had said it was navigable and a sixty foot boat could turn at the end with difficulty ..... they were exactly right! The delph was sixty feet wide-ish most of the way - it felt like the Bridgwater Canal, and was very straight across the fen. We had to stop within yards of the Roman Carr Dyke at the end, due to tree growth and the bottom getting near the top!

Liana and I cycled back for the car while Angela had a walk into the town. Read about Woodhall - lots of interesting history and things to see. The two large floating pontoons here are next to the Water Railway long distance asphalt cycle path, which follows the river all the way to here and beyond from Lincoln, on the old railway trackbed.

Again, we left Annie to spend a day with our family in Lincoln, which is very handy. We have not often been within half an hour of home, using the car!

Posted by Narrowboat Annie at 18:16