Thursday 25 August: The leaving of Liverpool
John had to leave the front right engine mounting bracket off, as the studs had broken: Another job to get sorted quickly. Annie had to be at Mann Lock, close to Albert Dock, by 0800, ready for the CRT staff to see three narrowboats and a widebeam through all the docks and locks.


It was much more enjoyable in mild, calm weather, and we could take our time, following two boats. Once up the four Stanley locks, it was a short trip to Litherland's secure CRT services and moorings, where we left Annie for a long weekend with family and friends. 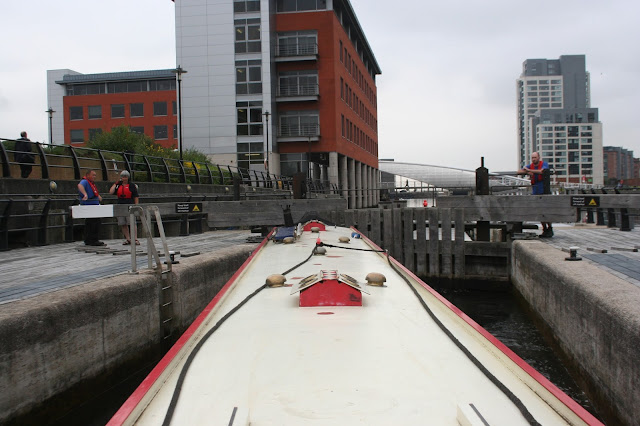 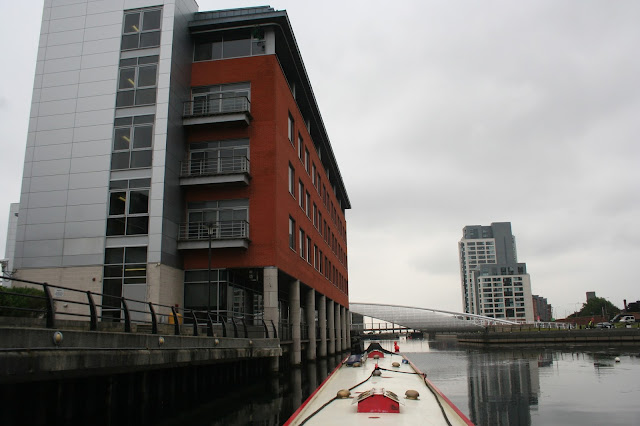 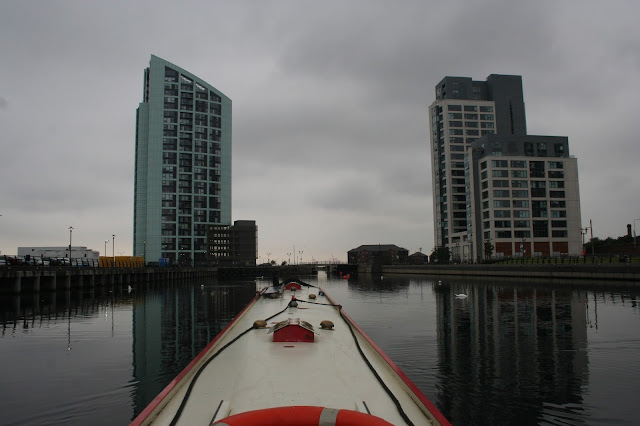 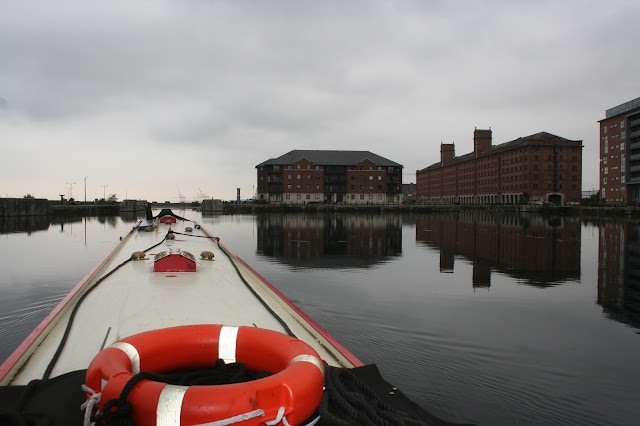 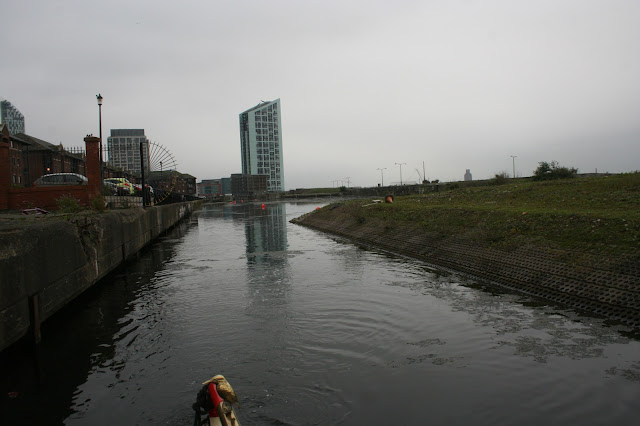 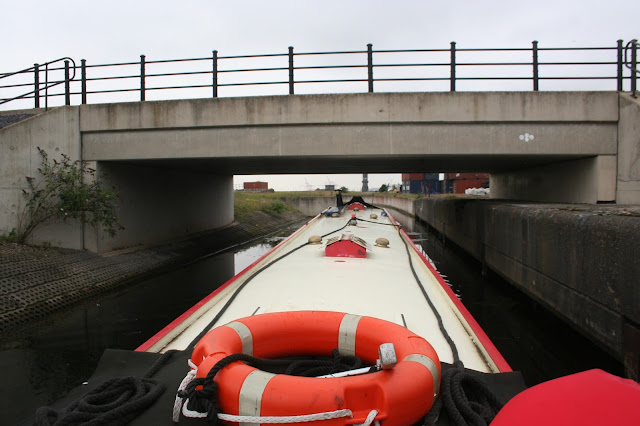 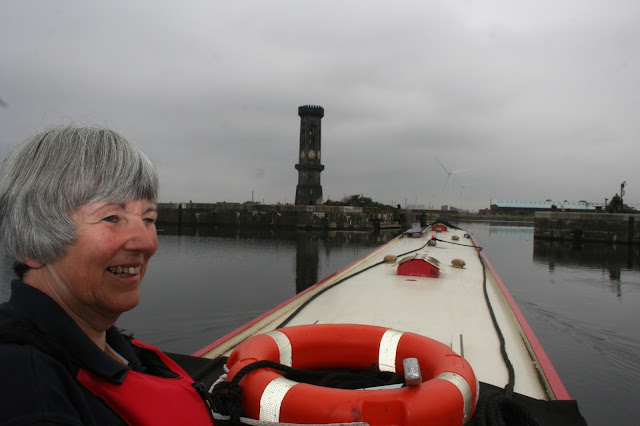 Sunday-Wednesday: The visit
We had been told we would love Liverpool: They were right! We visited the Maritime Museum, the Slavery Museum next door at Albert Dock and the museum of Liverpool, all close to the boat. We had free electricity, probably so we didn't run our engines. We visited the Walker Art gallery twice, it was so good. The massive, red sandstone Anglican Cathedral contrasted with the light touch of the designer of the 1960s Roman Catholic Cathedral. We used our National Trust card to visit 59 Rodney Street, a time warp photographers near the cathedrals. Liverpool 1 is a 42 acre shopping area! Anfield was visited, to see the new stand. We could not believe the number of tourists from all around the world, all having a good time. We went on the ferry across the Mersey. We walked and bussed around the city, and shopped a little. We had a great time.

Saturday 20 August: The Arrival
Wigan CRT staff had recommended mooring just before bridge 10, in the country: Mooring pins, but pleasant scenery. However, John's hands slipped on the mallet in the rain, and it plopped into the canal, never to be seen again, despite him spending an hour or so fishing with the magnet! Hi, ho!

We set off at 8.30, leaving plenty of time to reach swing bridge 9, a mile away, before the CRT staff arrived at 9.30 to open this bridge and bridge 6, too, for us.


At Litherland, we stopped briefly to empty loo holding tanks, as they charge &10 a cassette in Liverpool!

We had to travel the eight miles to the locks at Stanley before 1PM, when the CRT staff arrived to operate the four locks, with some help from Liana. 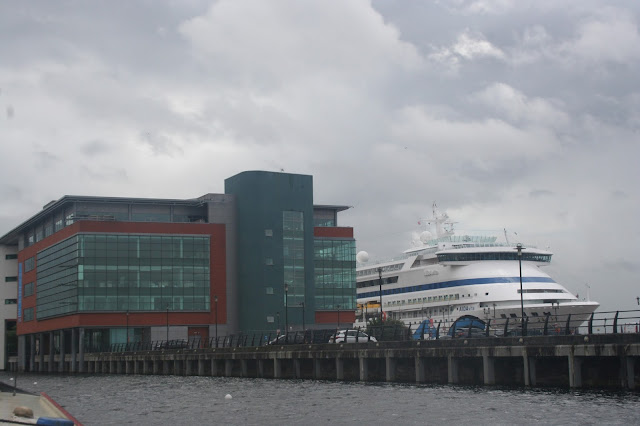 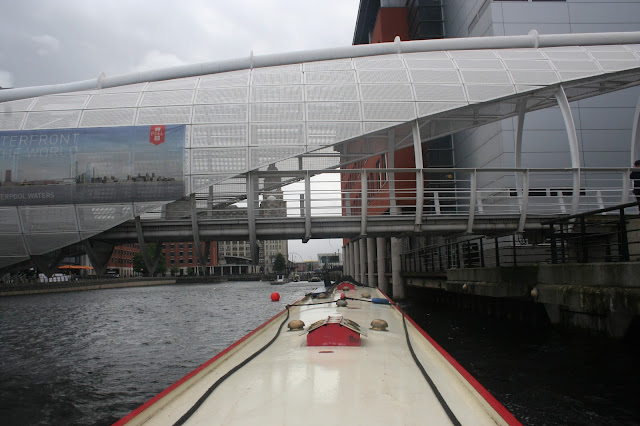 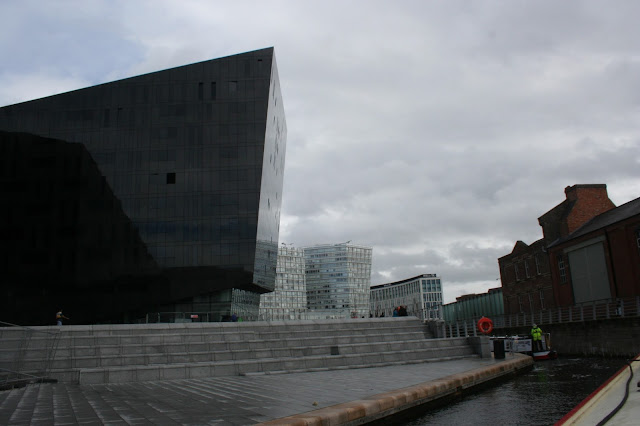 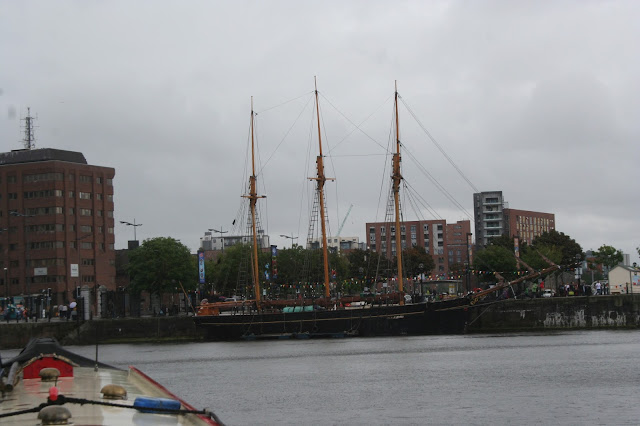 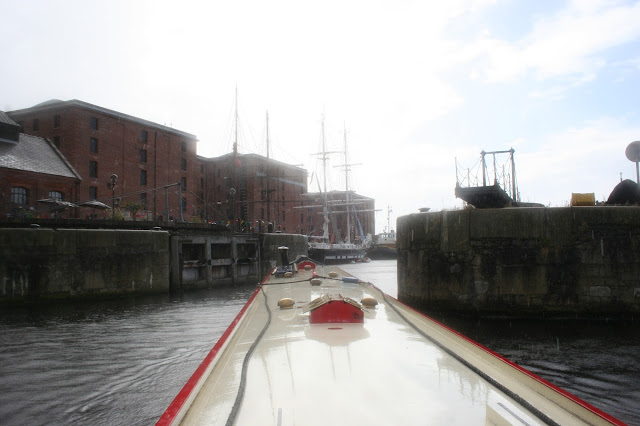 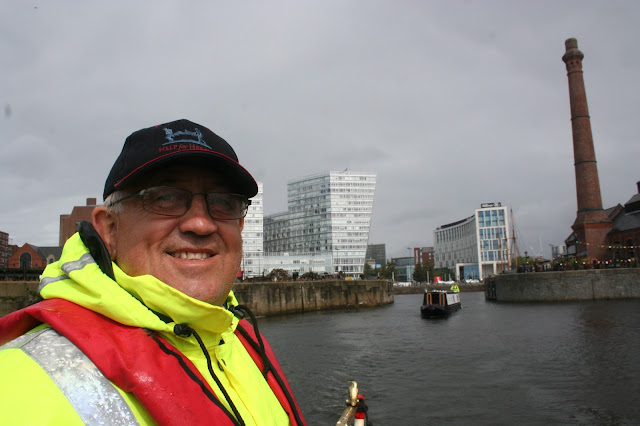 Posted by Narrowboat Annie at 19:57 No comments: