We set off along Wells Creek across Mullicourt Aqueduct

under sunny skies two miles to the villages of Outwell and Upwell, spread along the road from Downham Market to March, alongside for some of the way.

At Nordelph we passed the end of Pophams Eau, blocked by a weir and low bridge. 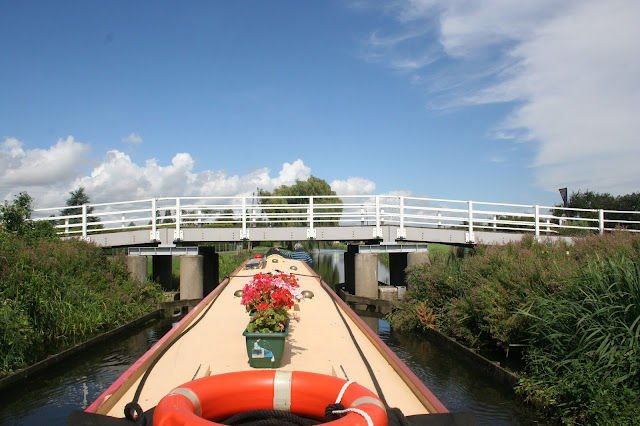 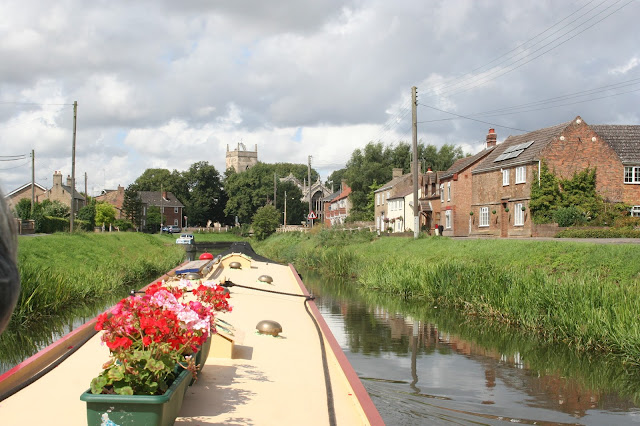 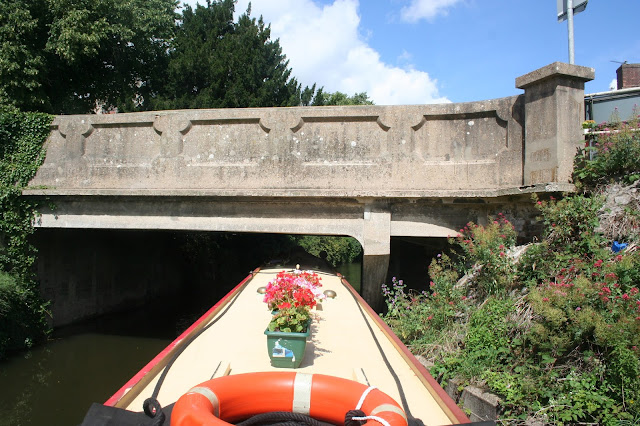 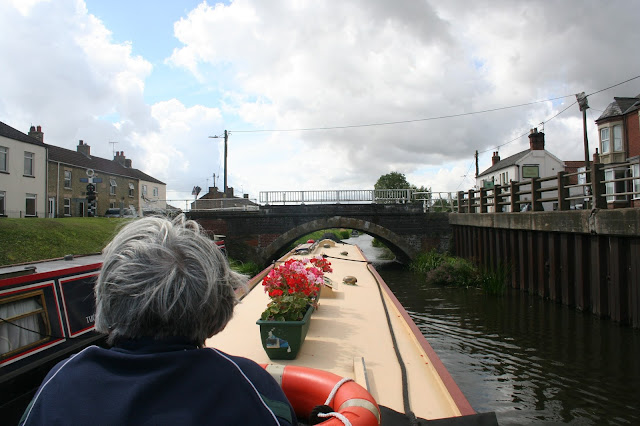 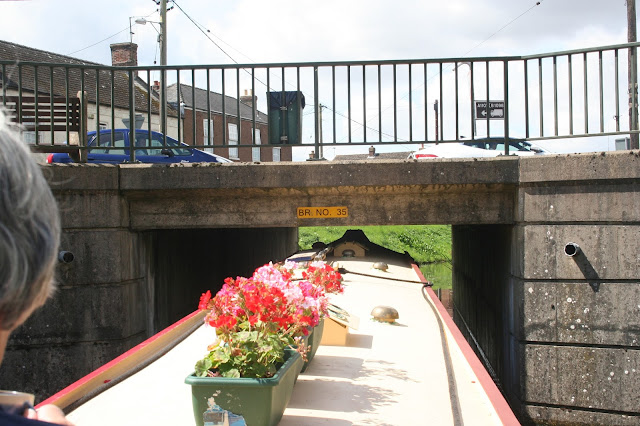 We enjoyed a slow cruise past them all.

The elderly Marmont Priory Lock keeper lady had lived there for fifty years, taking a small rent from the Middle Level Commissioners for the use of her garden, plus tips from boaters. Her daughter was helping. 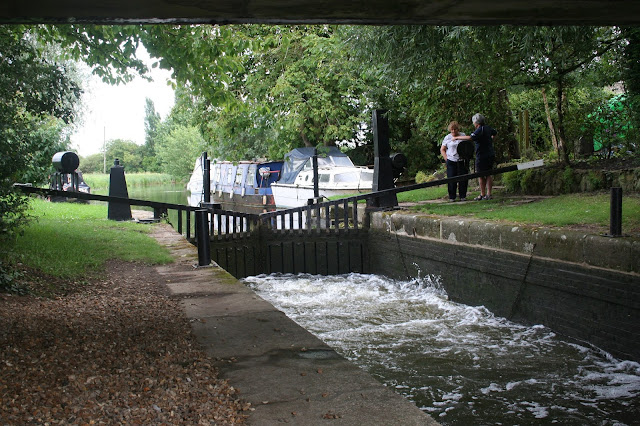 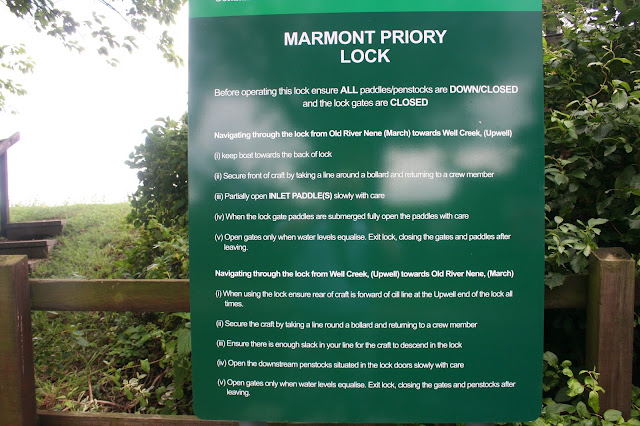 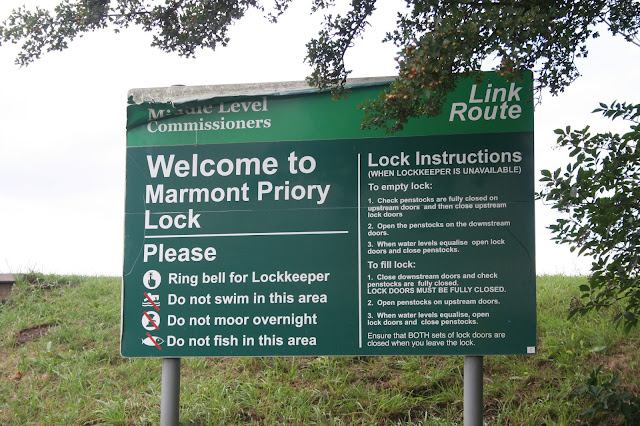 The narrow waterway broadened out after we passed the far navigable end of Pophams Eau, for the last few miles to March, past the end of the Twenty Foot Drain. 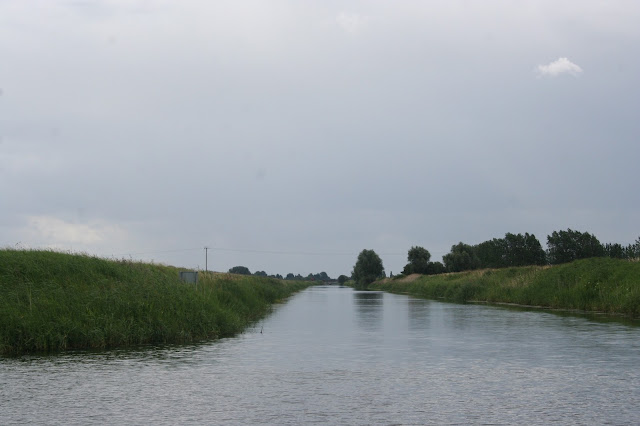 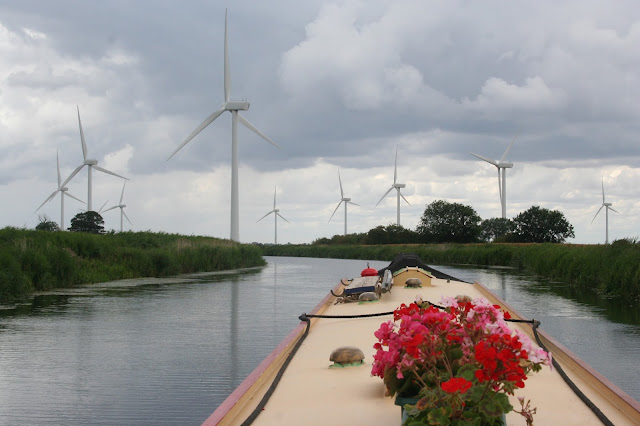 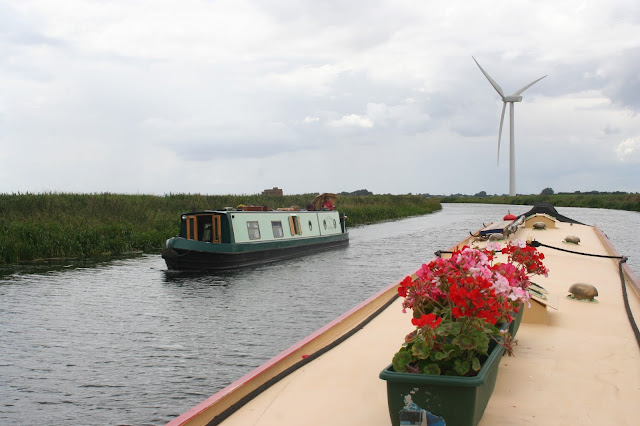 Fields of ripening barley, potatoes and root crops grew under darkening clouds and showers.
As soon as John wore his wet weather gear, it cleared up as the waterway narrowed in March. The centre of town moorings were full, so we moored on the off side using pins, but passing boats pulled at these. 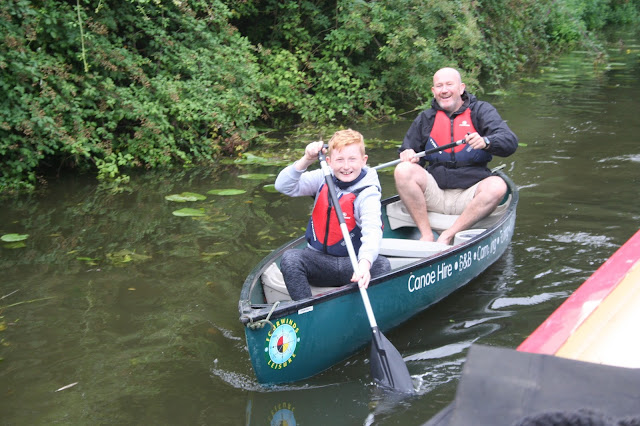 Moving on to Flood's Ferry, we turned left and continued on the River Nene Old Course and immediately met the lowest bridge at White Fen Farm, barely 2 metres, which just touched the cratch cover, without damage, thankfully, as we edged VERY slowly under. Benwick looked a nice village. We passed moored weedcutters, then hit the weed!
Mainly surface pond weed, so we coped.

At Wells Bridge we turned right, under a couple of low bridges until we turned left, past Lodes End Lock, down High Lode to Ramsey, passing Bill Fen Marina, where friendly boaters advised us about turning and mooring in Ramsey Basin.


This desperately needs new wooden boards to moor against. John got the shears out and tidied up the neglected hedges and mooring, so we could get at the bollards. Clearly, someone with vision had done a good job thirty years ago, but recent town worthies have left any work until new housing has been built around the basin ( according to locals). The Railway Inn yards away has decent beer, while food and tea shops plus a variety of other shops can be found up the pleasant high street. We had a drink and chat with locals at The Railway, until rain stopped play. 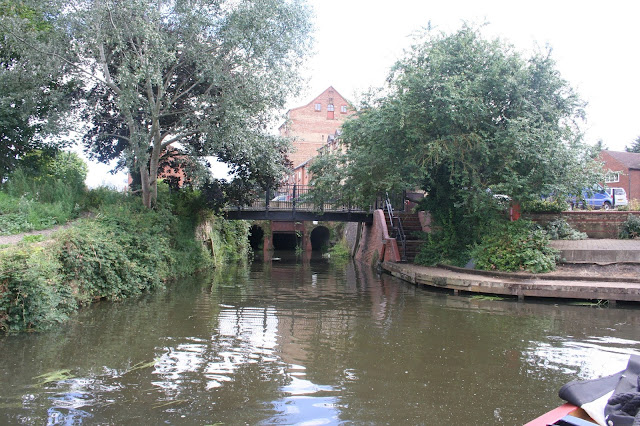 Monday 24 July Our 36th Wedding Anniversary! from Ramsey along forty foot and sixteen foot drains to Pophams Eau in the rain (17 miles, 0 locks, lots of low bridges)
Rain kept us reading until late morning, when we got water from Bill Fen Marina, helped by a boater.

We couldn't get a key to unlock the Lodes End Lock compound, as the owners were absent, so we had a long passage down the almost straight Forty Foot or Vermuyden's Drain, 8 miles to near the closed Horseway Lock.


We travelled another 8 miles along the Sixteen Foot or Main Drain  to Three Holes, where Liana had read about a proposed mooring by the bridge and junction with Popham's Eau. It was there, with our thanks to Peterborough IWA branch who financed it, and was just long enough for Annie. This is the only decent mooring we have found outside towns! The little Middle level Commissioners staithes (jetties) have no bollards or rings and state " No Mooring". 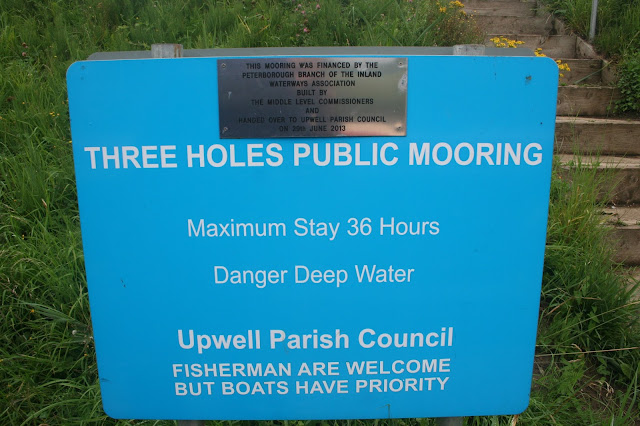 A young couple careered past us with their newly acquired narrowboat, before mooring nearby. He was struggling with his steering, so perhaps it was well that he didn't take up John's offer of breasting up with us (coming alongside).

Tuesday 25 July back to March
Cloudy but at least dry, we could have a look at the village, spotting a coffee shop close by the mooring! Travelling down Popham's Eau, we spotted NB Patricia RWBC, which must have belonged to our Retford & Worksop Boat Club. Past huge wind turbines, we turned onto the River Nene Old Course and returned to March. 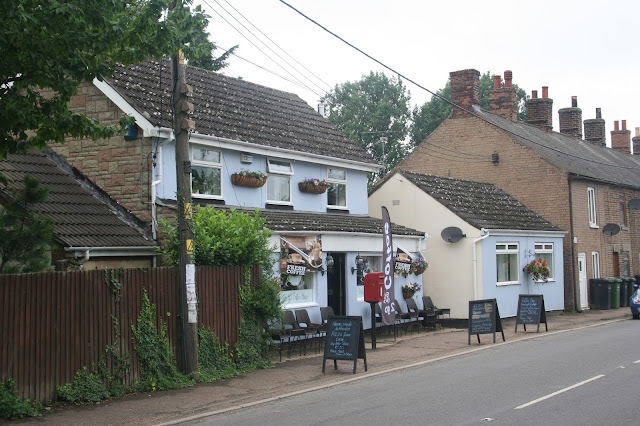 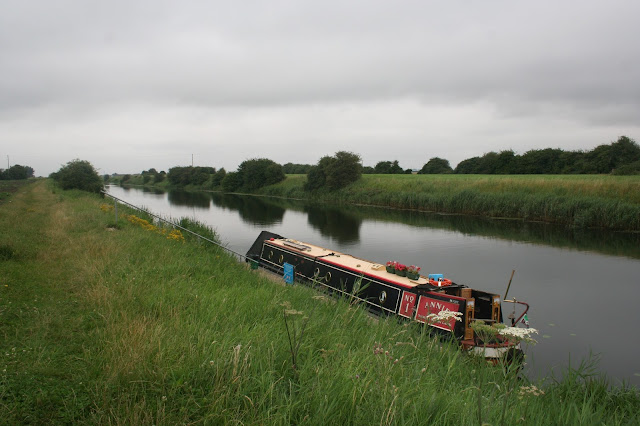 Posted by Narrowboat Annie at 15:27 No comments: