Strawberry Island cruise to the Dove and Dearne canal

The weather being breezy (again) but sunny (with dark clouds around), we set off up stream, intending to return next day.


All the locks here are either massive or supermassive, operated by push-button controls with a CRT key. 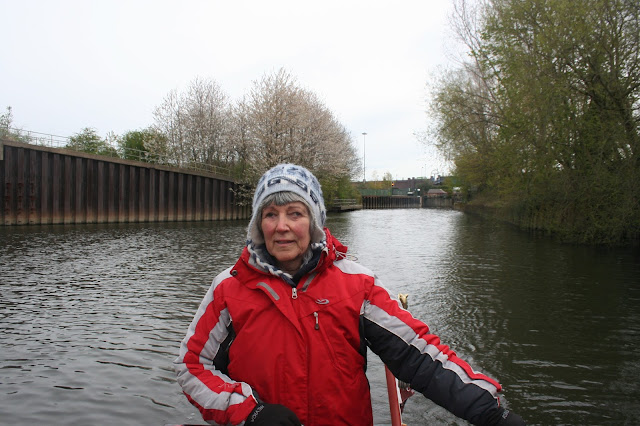 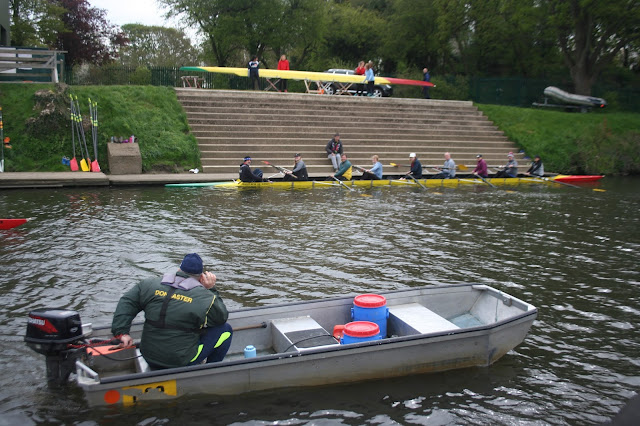 Above the lock we joined the River Don, passing the tree-lined prison and the rowing club, busy at the weekend. Above the scenic, wooded Sprotborough Lock, we found good visitor moorings and ice cream! Arriving at Mexborough Lower Lock, we found four Strawberry Island Boat Club boats, including the Commodore, Steve Marshall,  on Rioja, plus Twilight, waiting for CRT assistance in the lock
Our friendly CRT man duly arrived and overrode the mechanism to shut a bottom paddle. They were on a short lunch cruise, and were happy for us to join them up the locks. 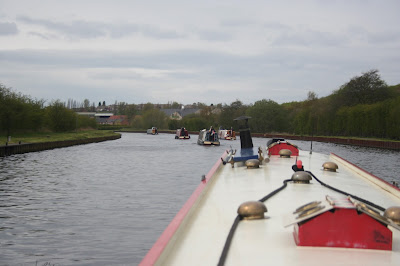 Steve told us they would return and moor that evening beside the hotel on the right in the pasture, as the meals were good.


Soon we reached Swinton lock in convoy. Leaving the Strawberry Island boaters to carry on to their lunch, we left Annie by the lock and walked over to the end few locks of the old Dearne and Dove Canal.

Waddingtons still have two large vessels on the navigation below Swinton Lock, plus a fewbelow and in the first Dearne and Dove lock pound. Cranes and cut up hull sections litter their compound. We were told that there were other boats elsewhere. After a long walk tracing the path of the canal, now filled in after a few hundred yards, led by a helpful local dogwalker, we moved Annie down the lock and moored beside the large Waddington boats, at the secure CRT station. 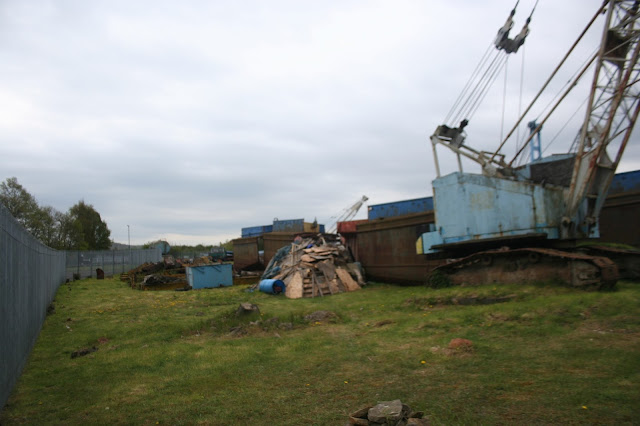 Below is an extract from Wikipaedia:
"The Dearne and Dove Canal ran for almost ten miles through South Yorkshire, England from Swinton to Barnsley through nineteen locks, rising 127 feet (39 m). The canal also had two short branches, the Worsbrough branch and the Elsecar branch, both about two miles long with reservoirs at the head of each. The Elsecar branch also has another six locks. The only tunnel was bypassed by a cutting in 1840. The canal was created mainly to carry cargo from the extensive coal mining industry in the area. Other cargo included pig iron, glass, lime, oil products and general merchandise. A combination of railway competition and subsidence caused by the same mines it served forced the canal into a gradual decline, closing completely in 1961. As the local coal industry also collapsed in the 1980s the canal was thrown a lifeline with the forming of the Barnsley Canal Group who are now attempting to restore the whole canal, an effort further boosted by the abandonment of the railway which replaced it."

Posted by Narrowboat Annie at 10:02