Downhill all the way! Returning from Kiveton Park back to Clayworth. Cuckoo Boats (or not?)

John amused himself by cutting the overhanging weeping willow branches as we passed on our way to the four Forest Locks, once surrounded by Sherwood Forest. After using the Elsan facility, we continued into Retford, moored above Town Lock and visited the market and Costa. Apparently, the market is best on Thursday and Saturday, but is more of a junk / jumble market on Fridays, according to a local. John bought a small axe and spanners, as did Min.

The pleasant journey through Town Lock, past the Hop Pole pub, through the wide WhitSundayPie Lock and five miles to Clayworth was new to Min and Angela. After unloading at the RWBC clubhouse, John moored Annie and "put her to bed", while the others sorted out cars. Tomorrow is moving day for all the boats at RWBC, so we should be a few boat lengths nearer the clubhouse, which will make filling with water easier.


A beautiful sunny morning! Before we set off, John showed Min and Angela the Chesterfield Canal working boat moored at Shireoaks Marina. Mr Bounds was busy restoring the Chesterfield Canal Trust's reconstructed working narrow boat, Dawn Rose, as he cheerily welcomed us into the marina. We were invited to see the tiny cabin, complete with stove and shelves/boards, stowed ready for laying on the floor for sleeping.


Mr B had spent much of his life working on the canals in this area and he was very happy to share canal stories from his past...all starting with our question about "cuckoo" boats. He said the canal historians had got it wrong - the boatmen just called them "booats", although there were several types, eg Pompey lengthman's boat. He was eager to explain that it was in fact the people who went on the rivers with insufficient power or unsuitable loads who were thought to be "cuckoo" , one example was of a chap who decided to take a cow on board, on the Trent !


Three youngsters, the eldest 17, were instructed by their father to bring a cargo from the far side of the Kiveton Tunnel. On reaching the Kiveton side, they met a friend of their father, who said "that horse is in a filthy state, you had better clean it up before I tell your father". The boys set to with the cleaning using some paraffin they had. Sadly, they still had the flare used in the tunnel lit! Next minute the horse was alight. They pushed the horse into the canal to put out the fire, resulting in a burned and drowned horse! They then had to "bow yank" (bow haul) the loaded boat to their destination .... and presumably explain everything to their father.


The Shireoaks water mill owner's son came back from Oxford University, but lost his teaching job through drunkenness, followed by losing his job working as mill overseer for the same reason. Later in life he lived in a cabin at Cabin Pond (one of the lock pounds above Shireoaks) and visited a different local lady each night, weekly, for his meal!


His great grandfather was blacksmith for Shireoaks colliery, and the terrace was built for the skilled men. Dawn Rose is now moored feet from the original colliery wharf, at Shireoaks Marina.

The devil was purported to live in the Shireoaks woods. a chap wanted to be buried at midnight in the woods. This funeral request was refused by several vicars until the vicar of Wales (the nearby village!) agreed to bury him at midnight, but only in his own churchyard...sadly, on the way to Wales with the coffin, it was dropped. The bearers ran away for fear of the devil. Next morning the coffin was found broken AND empty.

Eventually we started off in the sun, down the locks to Worksop, where we chatted with CRT staff trying to increase membership from 44,000 to 100,000. 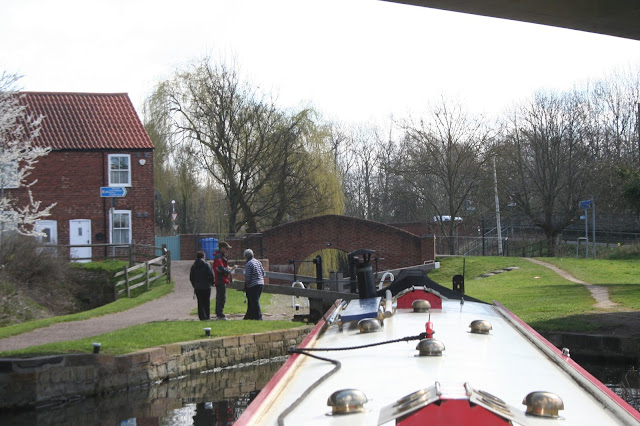 We moored, had a coffee and shopped at the Priory Centre, so Min could visit Wilco's and the BHF shop. A boat actually passed Annie, heading uphill!
John took us out of town in the breezy sunshine, past Osberton Hall and Lock, amid pretty scenery. We moored a few hundred yards before the occupied new Ranby moorings we usually use. Liana won at Settlers of Catan, after another good meal.


Wed 30 March Down 23 locks to Shireoaks

Min and Angela Palmer joined us for this trip, so we left our car at Clayworth and  all came to the boat in theirs. John backed Annie up to the bridge for loading, then went up to the tunnel to get a picture of Annie at the head of navigation.


Min enjoyed backing Annie to the winding hole. The canal here and above the locks is well kept and pretty, with lots of wild garlic. 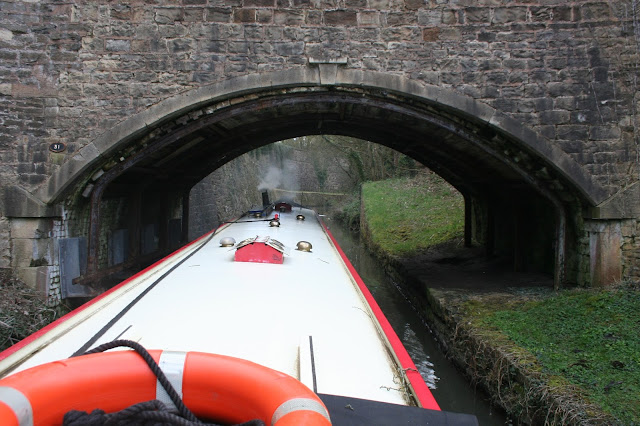 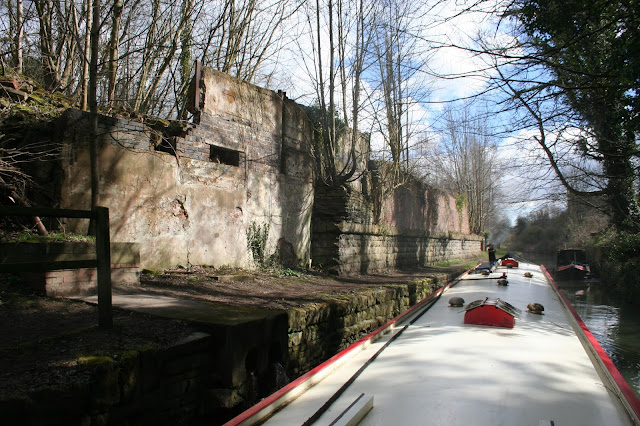 The locks are in good order, but quite a few gates are a little stiff to move because of silt, etc: We thought dredging would help, as is the case along much of this lovely but shallow canal. 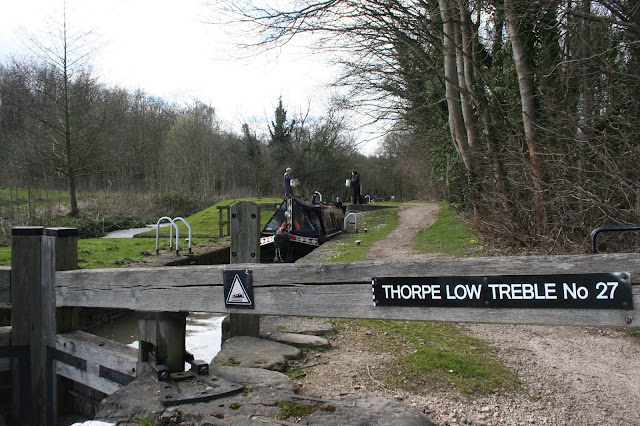 The staircase lock gates do not have the usual beams to walk across on, apart from the top gates, for some reason, causing more work. 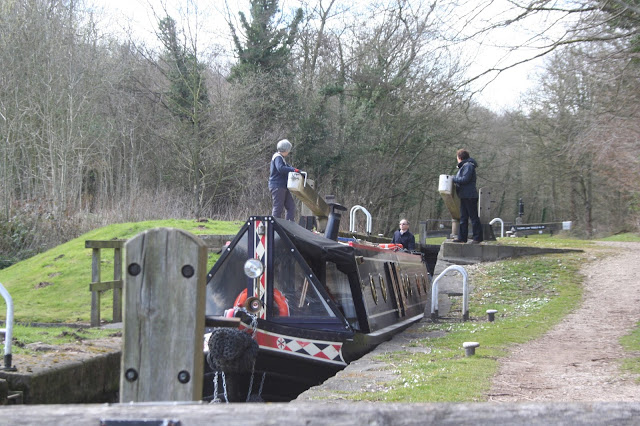 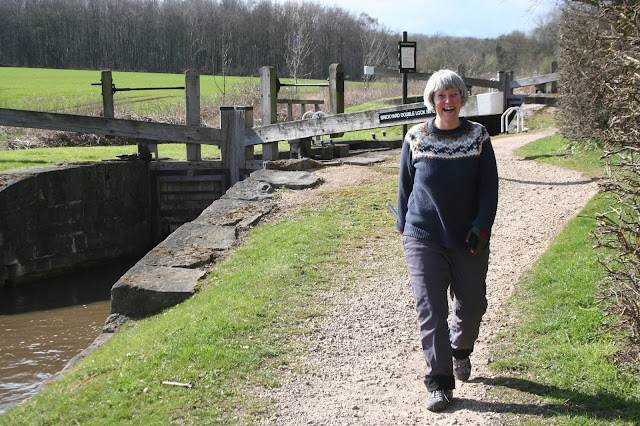 Angela won at Settlers of Catan (Star Trek version!), well deserved after treating us to her excellent lasagne!

Posted by Narrowboat Annie at 14:53