Hmm .... do we REALLY want to go up 23 locks on an overcast, cool windy day? At 9.30, after a pause for thought, we set off up the Turnerwood locks to that pretty hamlet below the first double staircase lock. Again, good decision!


You can get a tasty ice cream and coffee at the little kiosk at Turnerwood, and shelter from the breeze in its little chalet! As it was still dry, we decided to go up the remaining fifteen locks, including two double and two triple staircases. Many of the locks are not too deep, so  John could hop off the boat and share the work, to speed things up, although we weren't rushing. We were lucky - the rain held off until we had moored at the top for  lunch at 1 PM, earlier than expected :) .

Wow! The sun was burning our eyes out - what a BEAUTIFUL day! The weather forecasters said this would be the best day over the Easter holiday, and they were right.

Passing through Worksop, we spotted Tallulah 2 on her well kept new mooring. Her owner told us that she and her friend had bought it prior to us seeing her lowered into the canal at Forest Locks recently. 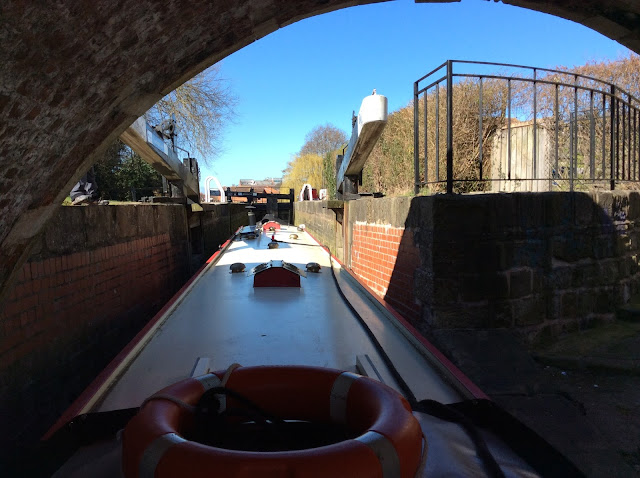 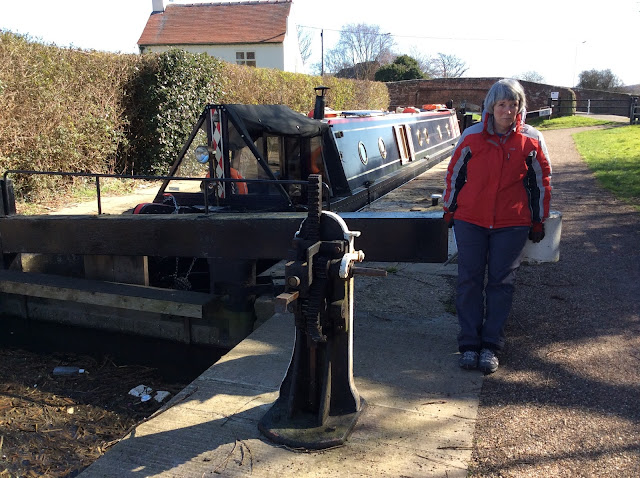 We moored Annie near the warehouse which bridges the canal, and walked into town.
Market day, again! Setting off later, we passed up eight locks to moor outside Shireoaks Marina. On the way, we passed the CCT trip boat and saw the Easter Bunny! We even passed two boats moving! A kind CCT volunteer showed Liana and I the new cuckoo boat at the marina and explained its features. We also popped in to Laura's coffee shop next to the canal bridge, which he recommended - good decision! Good coffee and delicious lemon cake in a friendly atmosphere: We will return!

Thur 24 March  From the Hop Pole through Retford to Ranby
After taking on water at the Hop Pole pub moorings, we left the CCT's Seth Ellis trip boat behind and visited Retford, which we both like as a small market town. In fact, the market was on, so we stocked up with a few bits and pieces. The large public spaces and parks around Retford are impressive.

John had to have his blood test and see the dentist today - all was well, so we set off to Annie and our Easter trip up the Chesterfield Canal as far as we can go - to Kiveton Park, the current head of navigation, at least until the  tunnel is opened  (one day, hopefully). Cool, breezy with some sun meant wrapping up was a good idea! 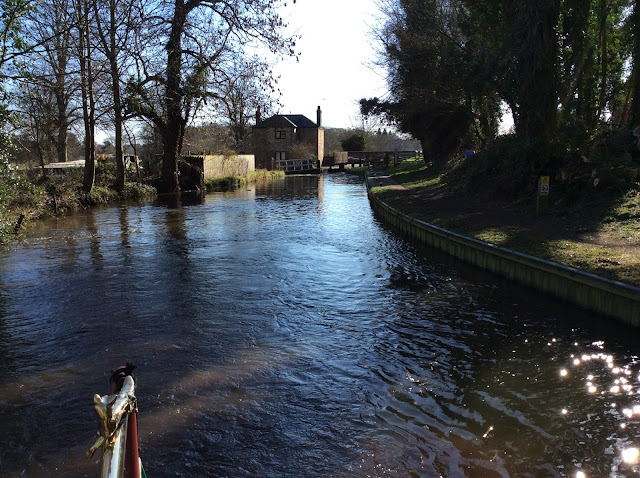 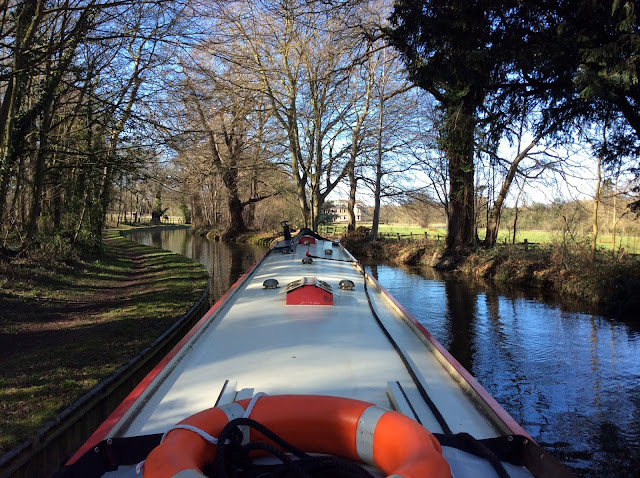 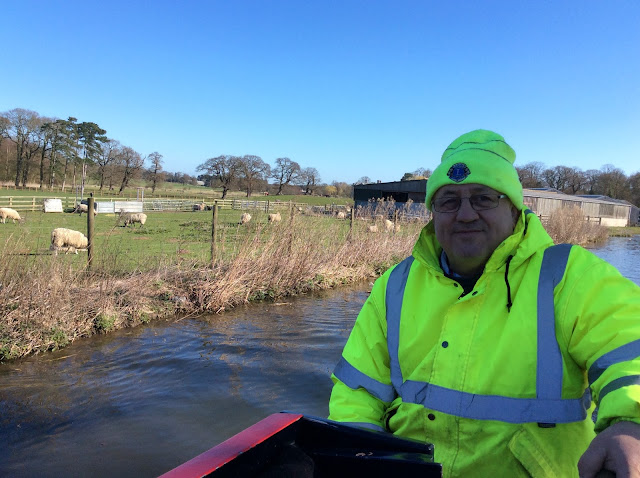 Posted by Narrowboat Annie at 07:53