Friday 15 July 2016 From Robin Hood's grave at Kirklees back to South Pennine Boat Club above Battyeford Lock
The setting, just above Kirklees Lock, a few hundred yards from Robin Hood's grave, was pretty, looking over waving long grass, although the hum of the distant motorway and nearby rail trains was a background murmur.


John managed to wind Annie and we both tried to use the borrowed wooden lever to operate the Calder and Hebble paddle mechanism. Usually there can be two gate paddles and one or more ground paddles like this, although some have been replaced by hydraulic gear using normal windlasses. River and cut alternate around here, each bit of canal, with lock at bottom and flood lock (open today) at top, cutting off a loop of river.

Workmen were renewing the flood gates at the top end of this piece of cut. 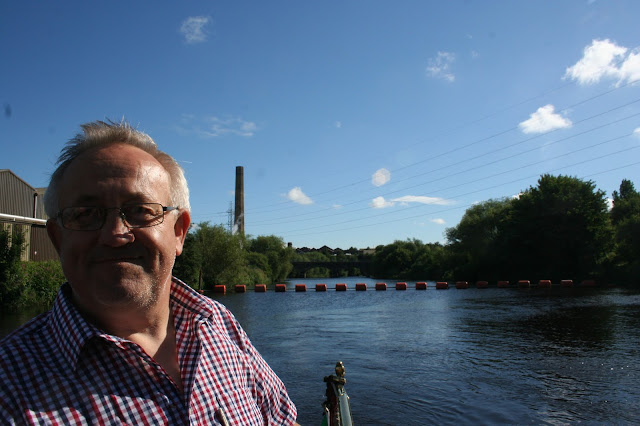 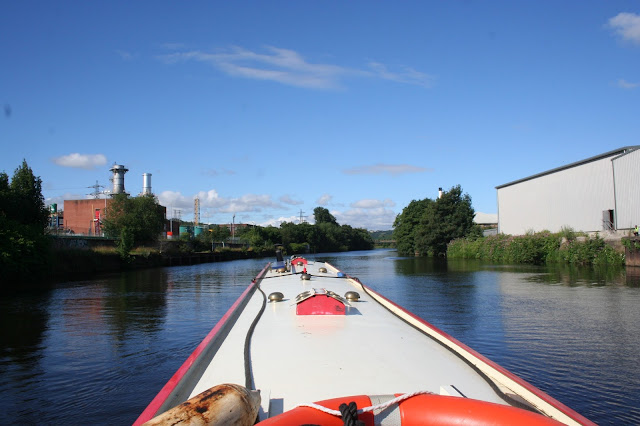 This part of the Calder and Hebble Navigation alternates between short stretches of canal and river. Coming out through the next flood lock back onto the river, we saw loads of wildfowl above the weir to our left. 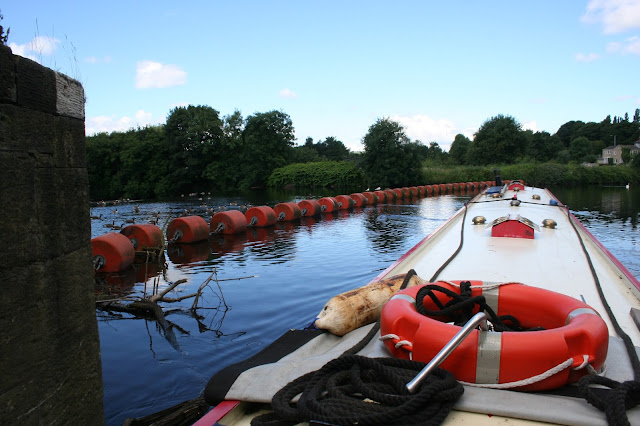 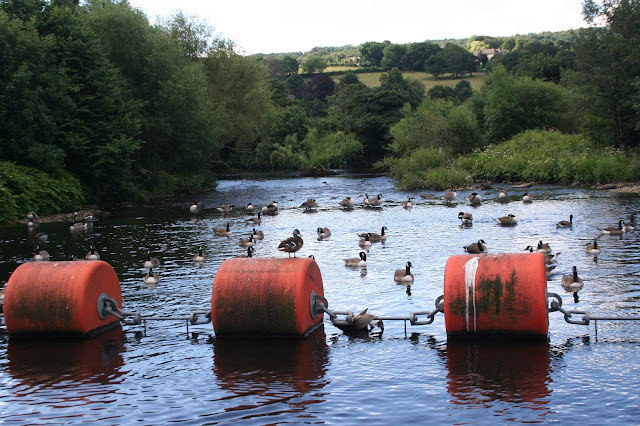 We soon approached Shepley Bridge Lock, with marina and CRT services just above. The marina company had surrendered its lease, and the services were overgrown with weeds and unlocked, so John did some weeding after we watered up Annie and emptied the loo holding tanks. 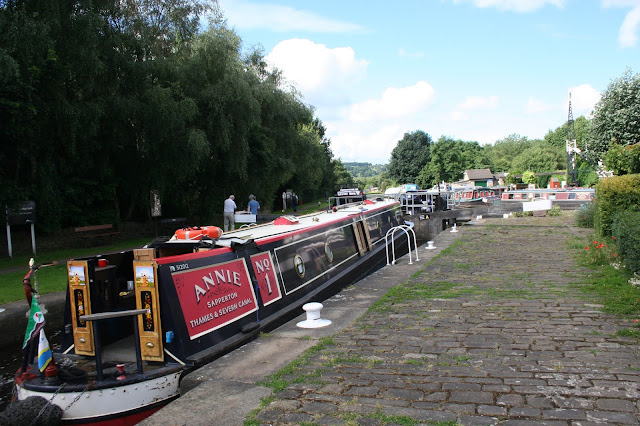 We found Mirfield to be a lovely town to walk around: Even the coop was made of stone!


As the day was so lovely, we decided to continue towards Coopers Bridge and Kirklees, and moor in the country for a meal on board tonight. 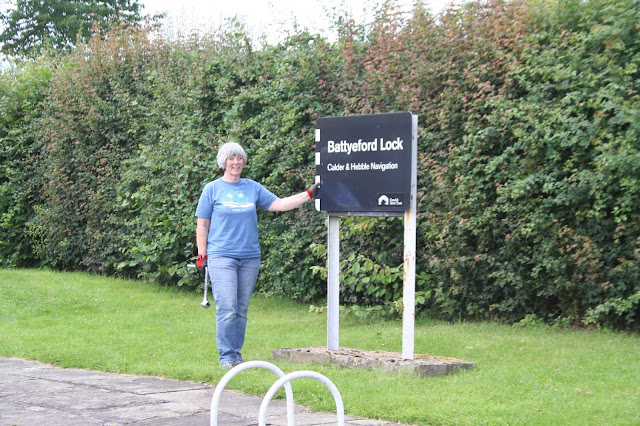 We had contacted SPBC regarding mooring Annie for ten days while we attended weddings etc. As always, the members there were very helpful, especially Jeanette and Gail, the new mooring officer. we were able to stay for a free week, as AWCC members, plus £3 a night for the extra nights. Brian and his wife on Venus helped us with electricity, while Jeanette sorted a key.
Once sorted, as there was no social gathering that night, we continued, intending to return next day. 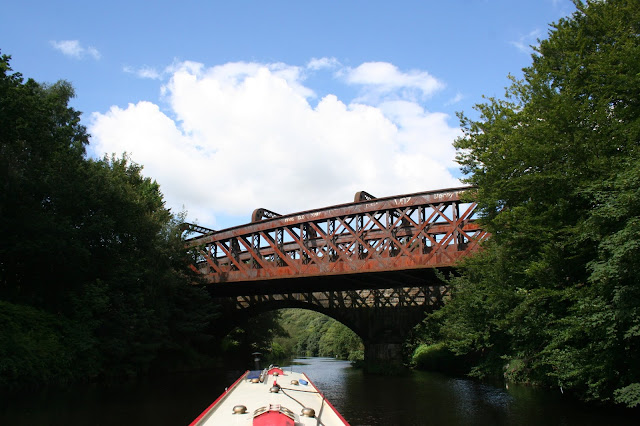 Wednesday 13 July 2016 from Fall Ings Lock, Wakefield, on to visit Dewsbury
For some reason, we decided to forego Wakefield and carry on to Dewsbury. before we left Wakefield, we turned right after passing through the flood lock onto the river, to view the warehouses, sea cadet boats etc above the weir. The Hepworth Gallery is behind the red brick waterfront warehouse.


At Waller Bridge, we moored and visited the award winning Kingfisher fish and chip restaurant nearby, for lunch. It didn't disappoint!


The Dewsbury arm goes off under a bridge at the foot of the Double Locks, so we followed this through pleasant, if sometimes overgrown, scenery to the small Savile basin at the end. 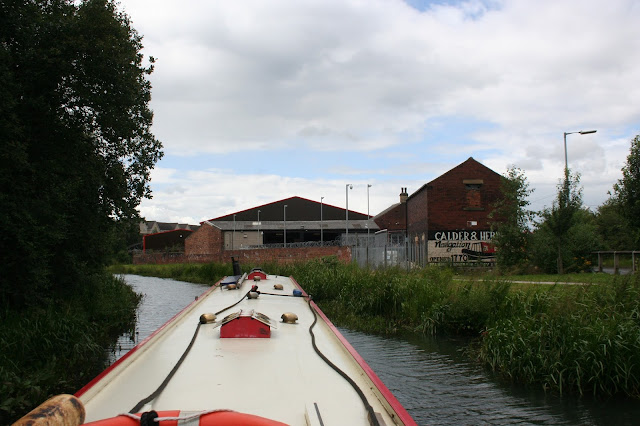 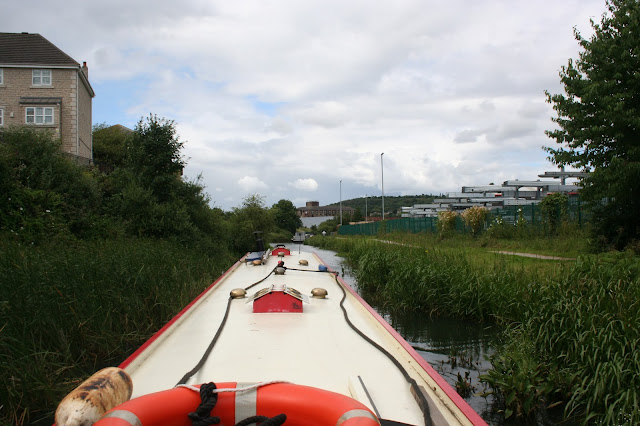 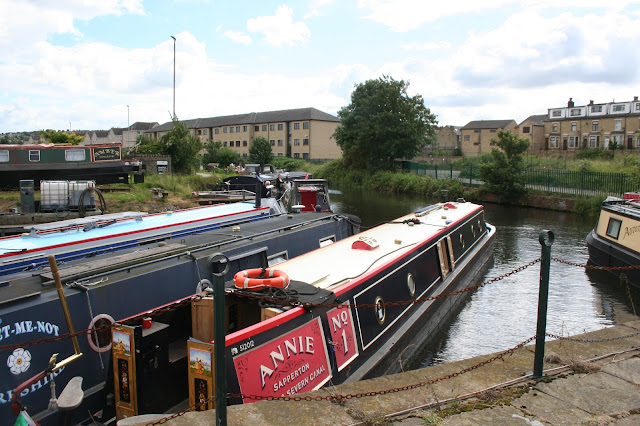 Ex-moorers here Dave and Katie on Hannah Catherine had kindly rung up and arranged for us to turn and moor at the end of the basin overnight. After a good pint in the attractive upstairs pub bar, we had a late afternoon walk half a mile into the town centre. The Minster church was attractive, and there was light industry including bed factories, but the town was suffering a downturn, we thought, compared to our visit later to Mirfield. Returning to the boat, we ate on board, ready for an early start next day, forecast to be fine weather.

Tuesday 12 July 2016 From Caz to the Calder and Hebble, Stanley Ferry and Wakefield
Our friend Michele has stayed with us for six months, in between houses, but this week she is to move into her new house, much to her pleasure! She has been a welcome guest, Today we said bye before leaving for Annie in Castleford, a surprisingly quick trip along M180, M18 and M62 for us. Shane at Supreme Boats in Castleford Cut let us leave the car in his secure boatyard for our four day trip this week, before we attend Mike and Wendy Scott's son Michaeljohn's wedding down in Hitchin this coming Saturday. We set off, and soon realised why we had not found the White Rose Boat Club, as we passed it a mile or two up the Calder and Hebble, up a lock off the river in its own arm, at Faerie Hill Moorings.
We joined Oakapple for a while. 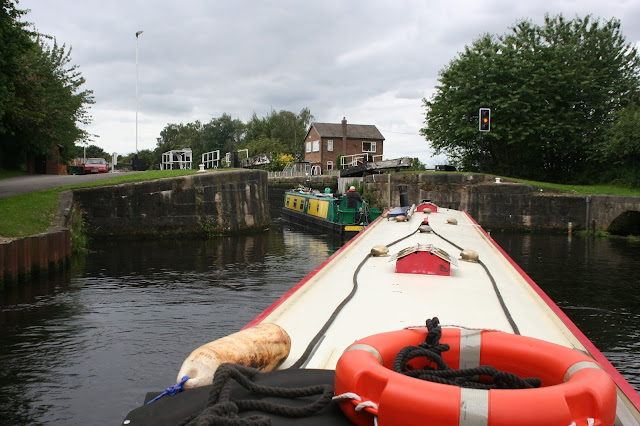 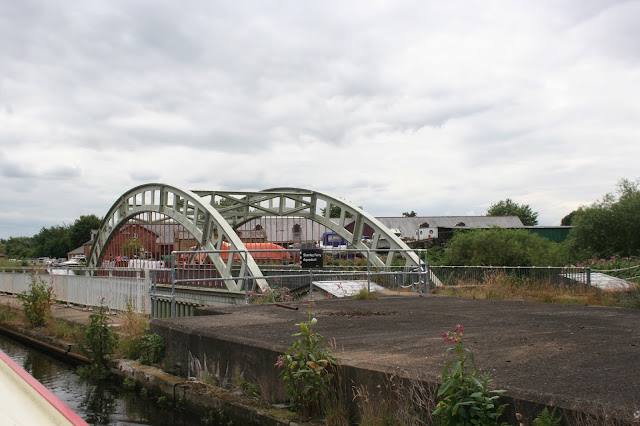 As there was not space to moor by the aqueduct, we continued past the hungry horse pub up to broad cut lock. 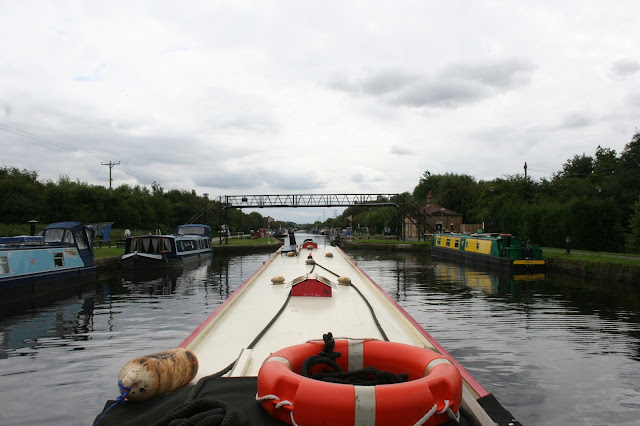 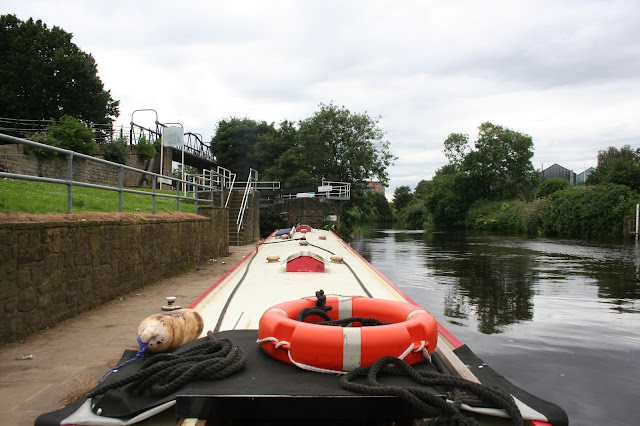