Monday 22 October: Out of the water
John returned to West Stockwith at midday, prepared Annie and moved her across the basin to the slipway. The tractor had an articulated lorry trailer in the water, with five foot poles sticking up on either side. John guided Annie between the poles, leaving about four inches on either side, helped by Wilf's partner Deborah. As the trailer emerged, John had to keep Annie moving forward, until the boat was resting firmly on the trailer. John suddenly found himself about fifteen feet in the air, as trailer with Annie was pulled onto level ground close by the basin. He needed a long step ladder to get down! 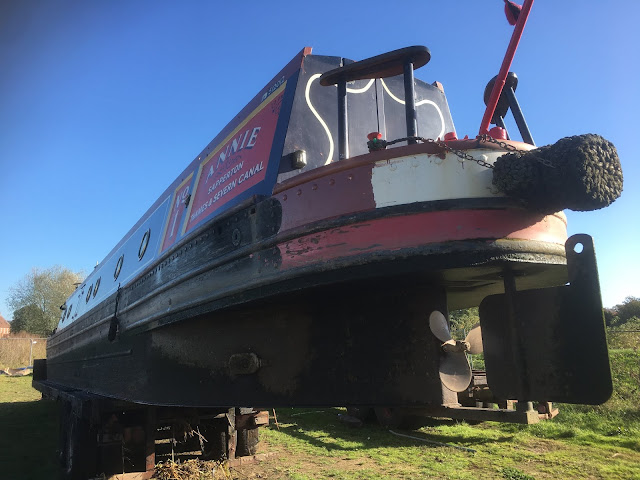 After finishing his work at 3pm, lock keeper young Wilf jet sprayed Annie's hull and bowthruster tube, watched with interest by John. The plan was to give her three coats of blacking, on Tuesday,
Wednesday and Thursday. John removed fenders and jet sprayed them at home. 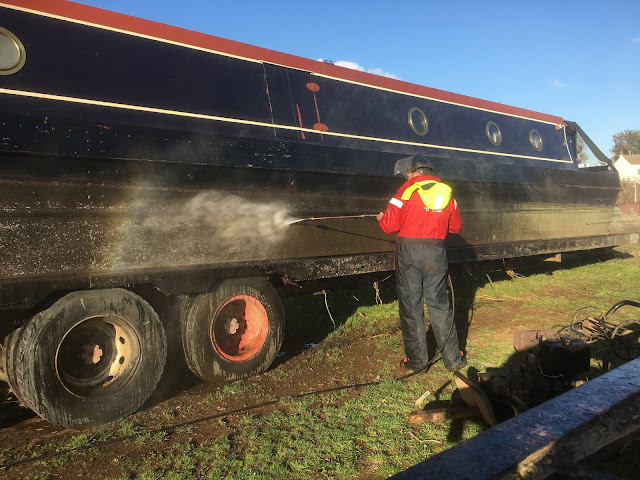 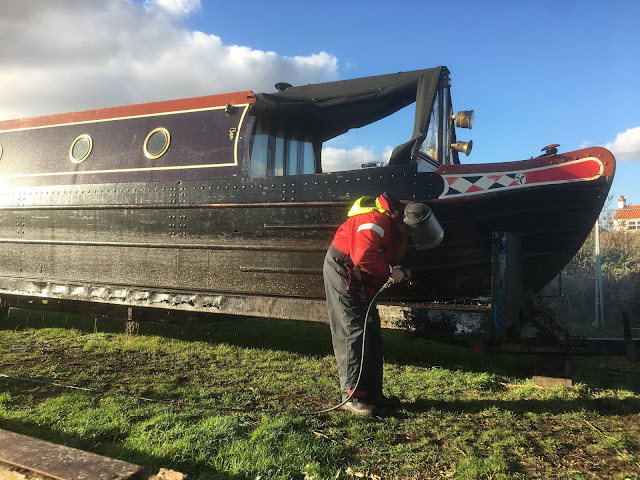 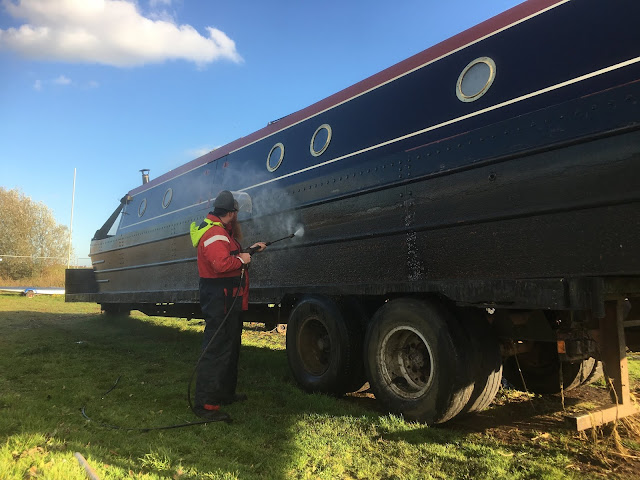 Friday 26 October: Sacrificial anodes and painting
Wilf and Debs were finishing off the third coat when John popped in yesterday.
Removing the weed hatch cover, John cleaned off loose rust and dirt, and painted on two coats of iron oxide paint down the weed hatch, plus the rear deck hatch. He then used a fibre disc and drill to clean rust off the red and white painted panels around the stern of the boat. Finally, the red panels were given a coat of grey primer undercoat, while the white panel was given a coat of white primer undercoat. Annie looked much better.

Basically, magnesium sacrificial anodes welded to steel hulls dissolve in water, rather than the steel rusting: they are sacrificed, hence the name. Zinc is used in sea water, where magnesium would dissolve too quickly, as it is chemically more reactive than Zinc, which lasts longer.

Wilf waited for John to be present, in case welding caused a fire, externally or internally. Once the four 2.5kg magnesium anodes arrived at 2pm, Wilf, Deborah and friend John soon had them welded in position, 1/3 and 2/3 of the way along the hull side, just above the base plate, where anodes had been in the past. The existing anodes at bow and stern still had at least half of their magnesium, so we all thought spreading the new ones out would give better protection against rust. Deborah painted blacking around the newly welded anodes, while John checked for fire. Giving the blacking a whole weekend to harden, we agreed to put Annie back in the water on Monday. 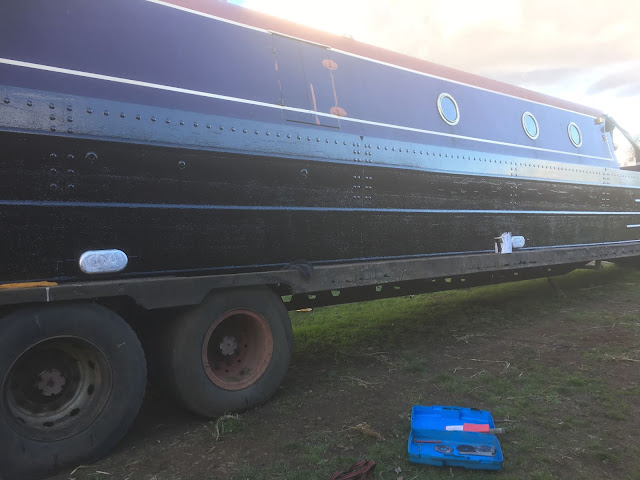 John popped home to spend time with brother Phillip and Jackie, and catch up :)