Yesterday, we met daughter Joanna and baby Hope in Chepstow, just over the older Severn Bridge, and had a pleasant walk around the town centre and Sunday market. Later, we read, watched the Olympics and walked the dog, as usual.

Today, after breakfast, Liana walked Honeypie while John added oil to our leaky gearbox, then took Annie back through Sandfield Bridge to the CRT services by the CCT shop. Once we had emptied loo cassettes and filled with water (with a coffee at The Stables while we waited!), we headed for Slimbridge, taking our time. 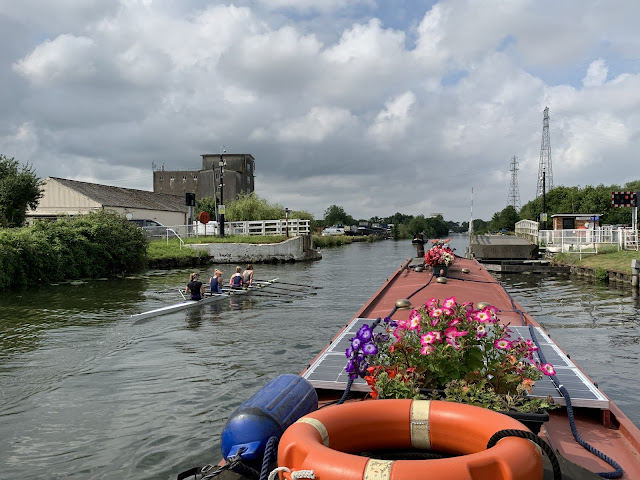 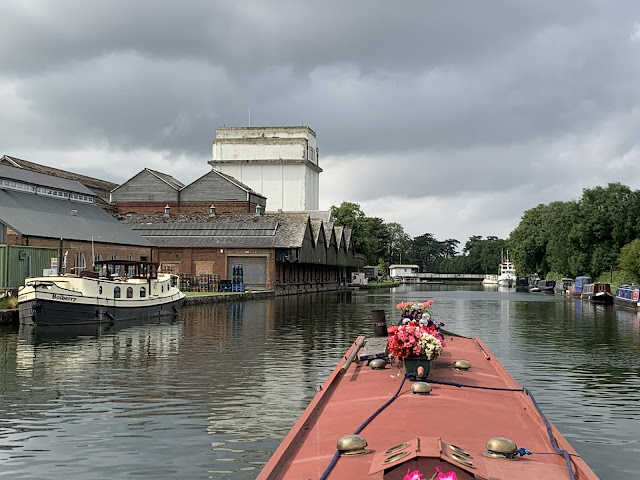 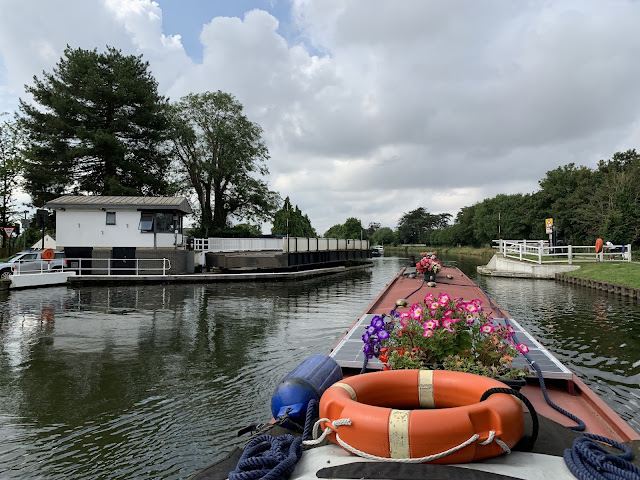 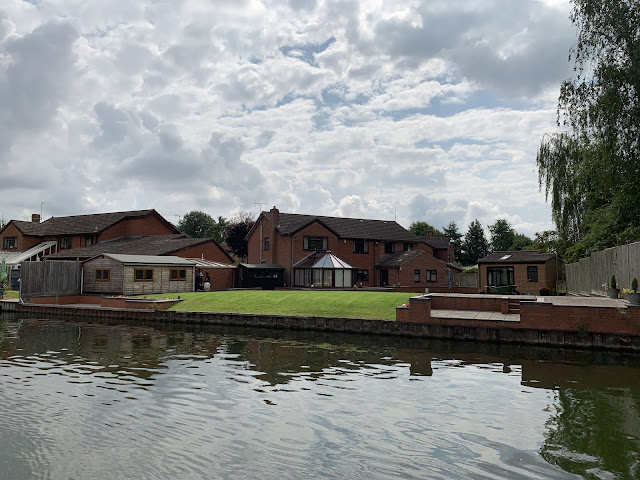 The busy Sandfield and Fretherne Bridges are powered, after which you parallel Frampton village, reaching its church just before Splatt’s Bridge. The bridge keepers have to open Splatter Bridge and Cambridge Arms Bridge manually. The Cam feeder now has a fancy new house next to it, replacing the old chalet. 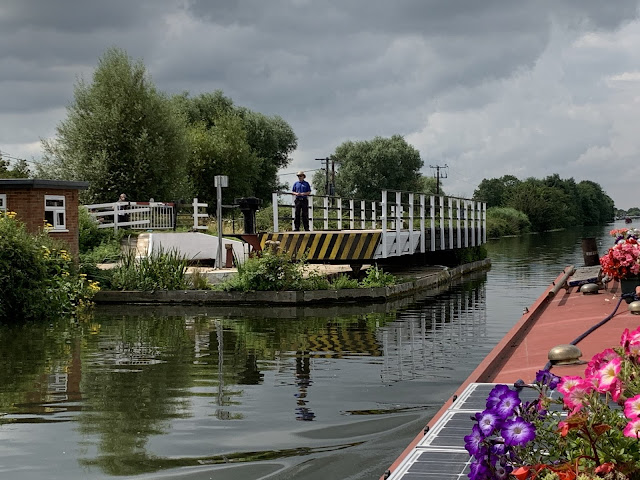 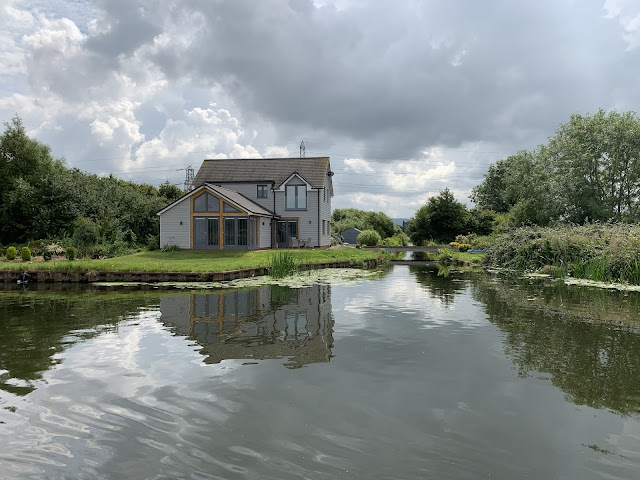 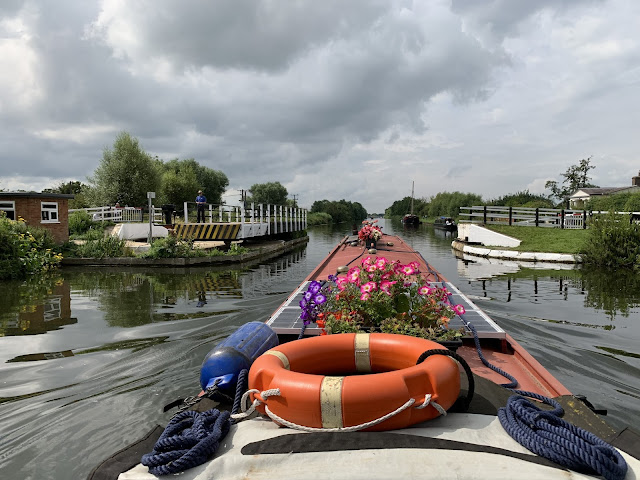 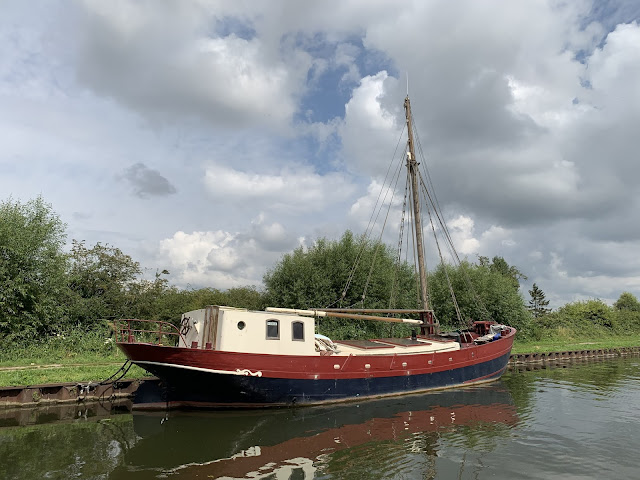 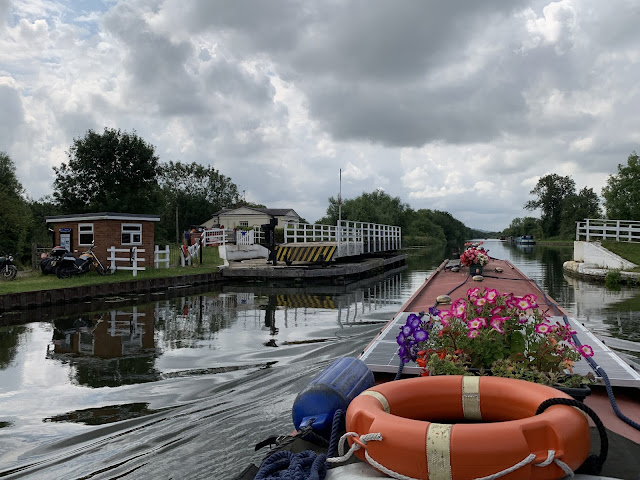 Later, we tried out the Black Shed cafe (ok), chatted to holidaymakers visiting Slimbridge, watched the Olympics and turned the music volume up when thunder frightened Honeypie!

Today has been sunny, so we have walked through sheep pastures and beside a field of maize and the length of Slimbridge village.  Sadly, the church was closed, while there was little in the post office, apart from snacks and a few cards.

Back at Patch Bridge, we treated ourselves to lunch again. Liana  had ok loaded chips and coffee. John had a cold can of Guinness with a good steak and kidney pie, new potatoes and peas with gravy …. Ah! 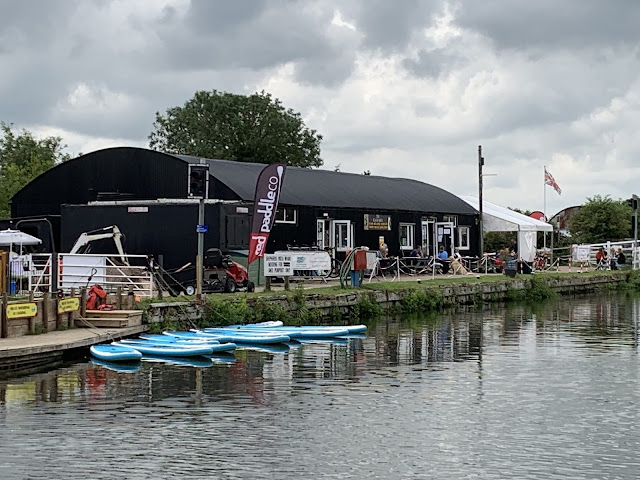 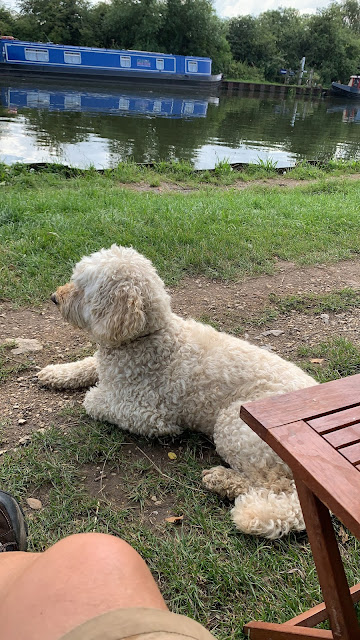 John popped the engine on for dishwasher, the two loads in the washing machine. We read and baked in the sun while the clothes dried. Various interesting craft passed us by. Later, we walked Honeypie down to the closed World Wildlife Trust Slimbridge Wetland Centre, while the normally busy road was quiet. There is a good-sized car park for our daughter Jo when we all visit tomorrow.

It’s a hard life, but someone’s got to do it! 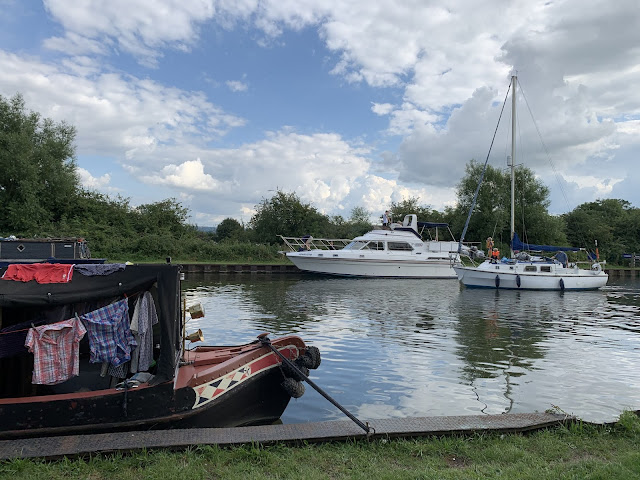 Posted by Narrowboat Annie at 09:05