"To infinity and beyond! - or at least, from Newark to Cromwell Lock ...

After John's knee pre op interview in Lincoln, we finally passed through Newark Town Lock, after waiting since October!

The workers and fences were gone, locals could cross the lock again and the Lock Keeper saw us and had the CRT crew clear the work boat from the lock so we could pass.
Liana took the car to Nether Lock while I took Annie past the Castle and Marina. 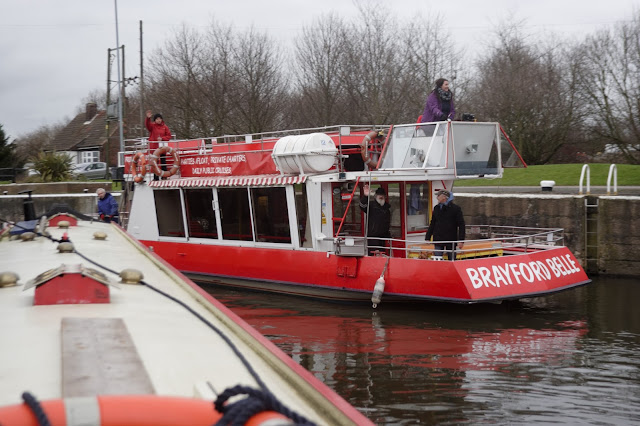 Brayford Belle, the Lincoln trip boat coming to Newark for pre-season work, passed Annie at Nether Lock.
The sky was moody, the wind was breezy on the way to Cromwell Lock. We had to get there in time for a 7AM start next day. 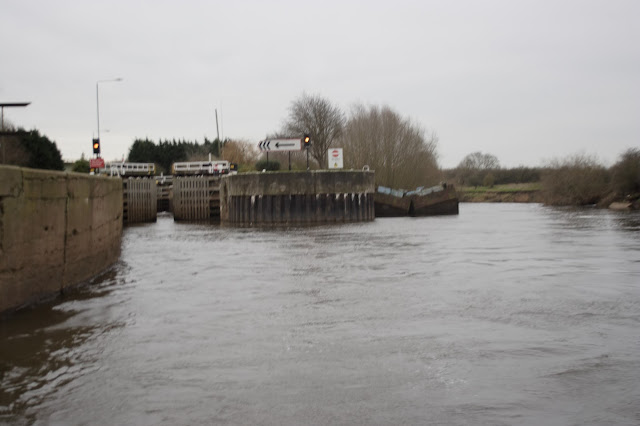 After mooring up above the lock, we saw Sean and moved through the lock before he left for the night, so we could leave early and catch the tide. You cannot operate Cromwell Lock yourself, as it is the tidal lock on the Trent: Always talk to the lock keepers! 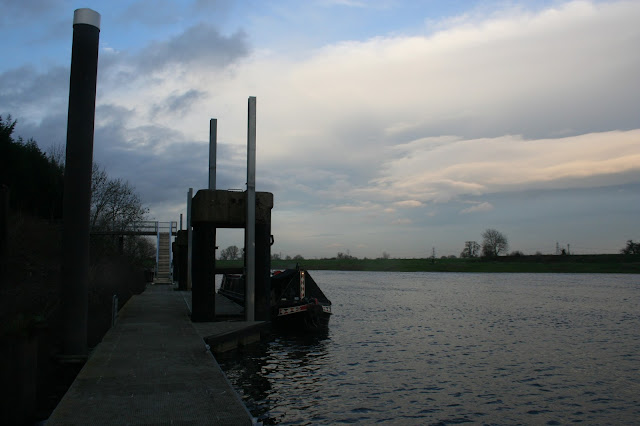 Posted by Narrowboat Annie at 23:44