7 January 2016 Checking out the Trent again

On the way to Nottingham, we visited Torksey today: As you can see, the flood gates are closed as the river levels are high. The lock keeper reckons that the Trent will be closed to narrowboats for weeks. He also said that the broken boom at Cromwell lock would not get fixed on Monday next as the anchorage points are under water. 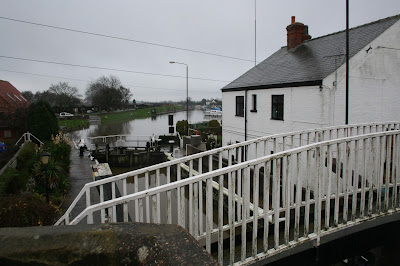 Reaching Trent Lock later, we discovered that the water was even higher, just three feet below the canal level above the lock. 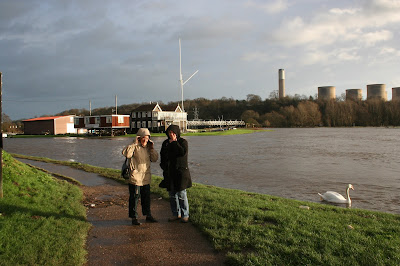 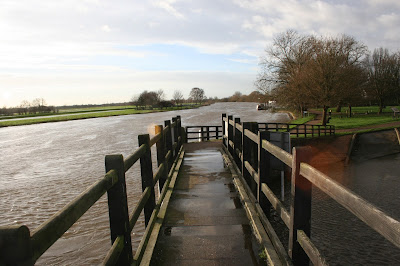 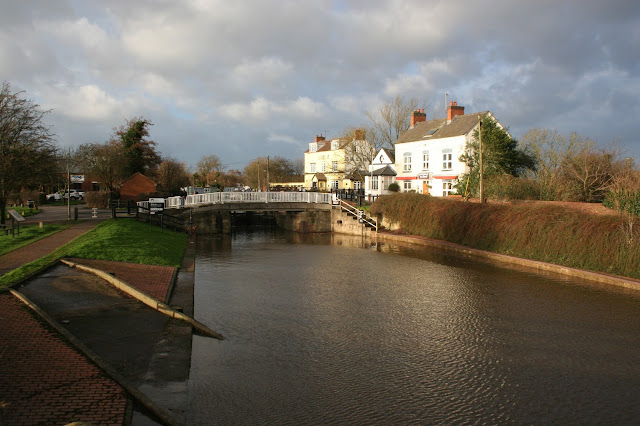 Annie's powerful 55HP Isuzu engine already has a fuel filter on the engine, plus a second fuel filter near the fuel tank. As we take Annie on rivers quite a lot, we decided to fit an extra fuel-water separator (agglommerator), which has a fuel filter with a deep metal bowl below it to hold any water. This water can be drained out every so often. Diesel fuel can get water in it, especially if the tank is left half empty, so we try to keep it full. When wind and current cause waves, the boat's movement can stir up sediment and water from the bottom of the diesel tank, so the separator should collect these and prevent the engine from getting damaged or stopping due to water in the fuel. Kingfisher Boats Fitter Paul made a bracket plus pipework and fitted it for me. We once stopped half a mile into the Netherton Tunnel due to this problem on our old boat Osprey, but very luckily had our diesel engineer nephew John Price with us to sort it!
Posted by Narrowboat Annie at 00:12