Friday 13 October Cosgrove to Stoke Bruerne and on to Weedon (7 locks, 16 miles


Cloudy and windy again, but we are told that the weekend will be better. New canalside housing and the old ornate stone bridge both make Cosgrove scenic. 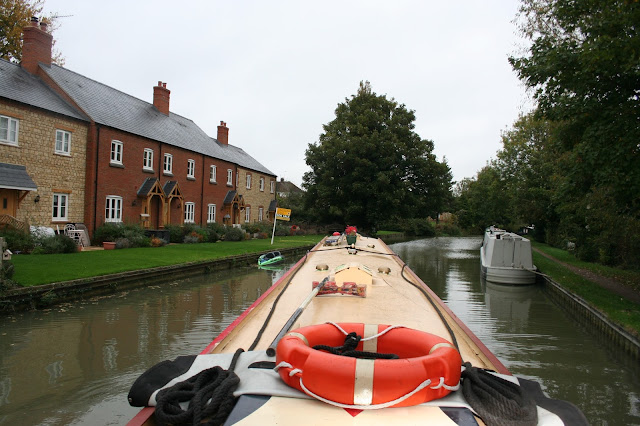 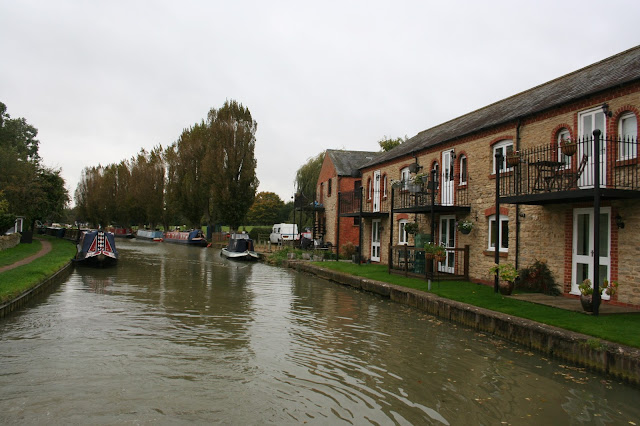 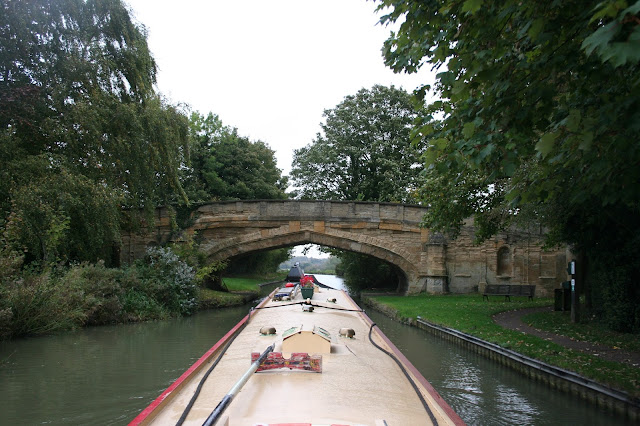 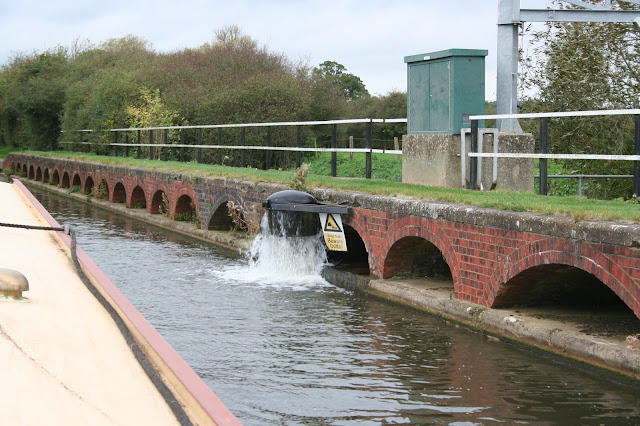 NB Sarabande set off up the locks with us, and we both enjoyed chatting with Martin and Jill, heading for new moorings at Huddlesford near their Lichfield home. 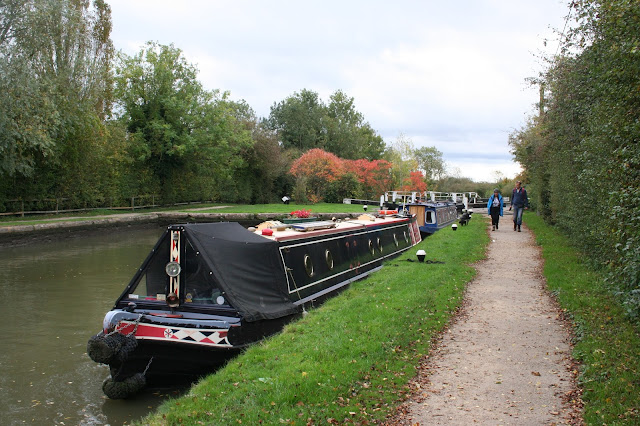 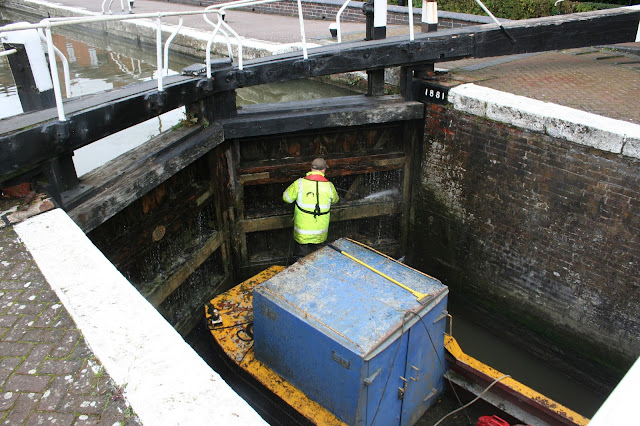 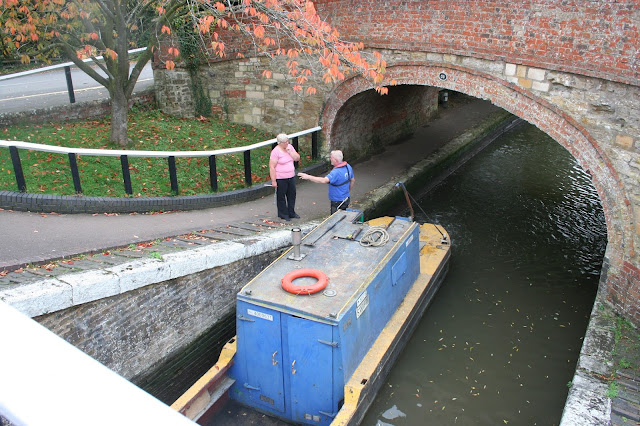 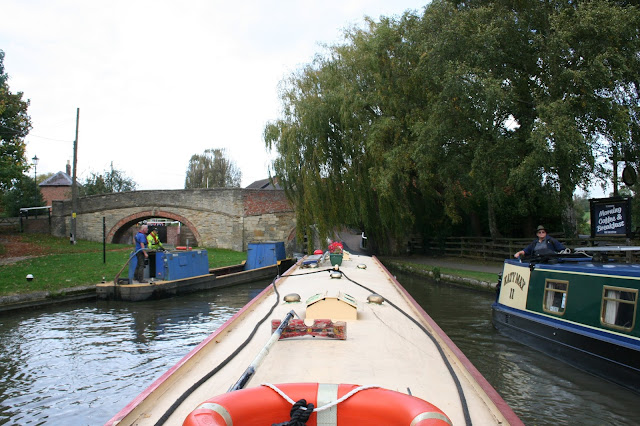 
We had to wait while CRT jet sprayed the top lock gates before tv's Countryfile visit shortly. We can think of several overgrown locks to the south that could do with weeding, too …...


We took the chance to visit the canal shop, where we had a good coffee and John bought (early Christmas present!) a well-painted metal planter by Terrance, whose style John thinks is very like that of the late Ron Hough (who painted Annie's back door panels) and Frank Nurser from Braunston. In the 3000 yard Blisworth Tunnel we passed only one careful boater. 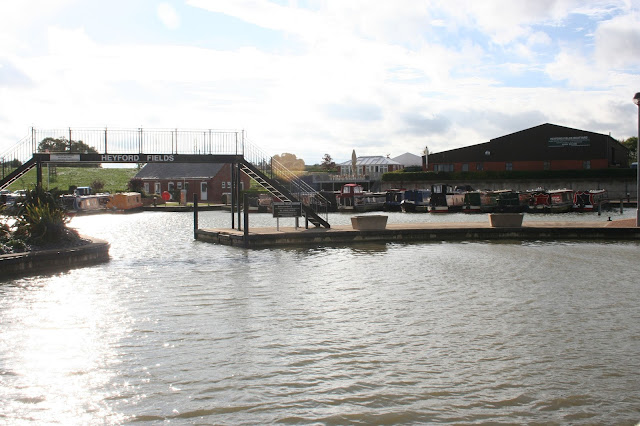 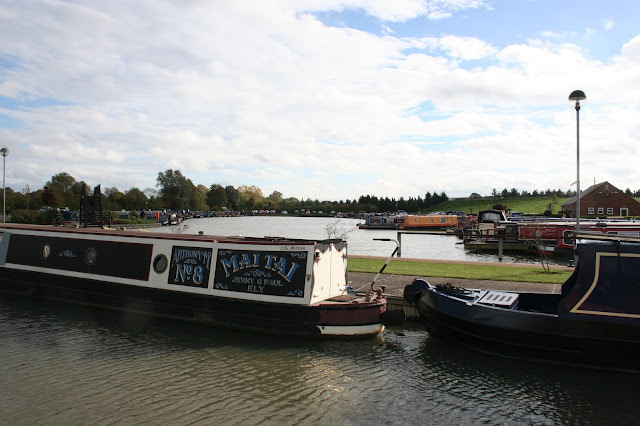 The newish Heyford Fields marina is large. On our way to Weedon we passed quite a few boats heading South, and a number passed us once moored near the Narrowboat Inn, we guess starting their weekend cruising, maybe, from the many marinas hereabouts. 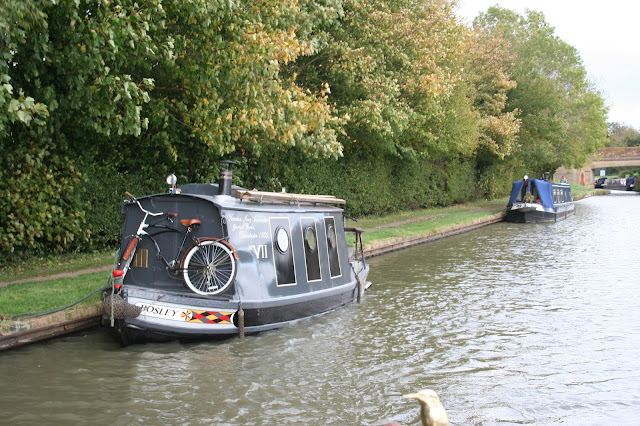 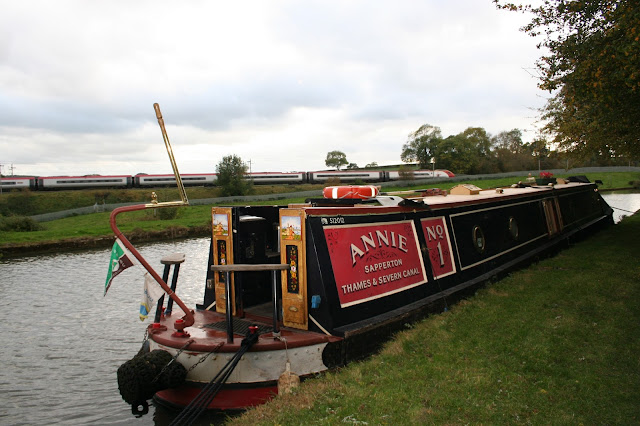 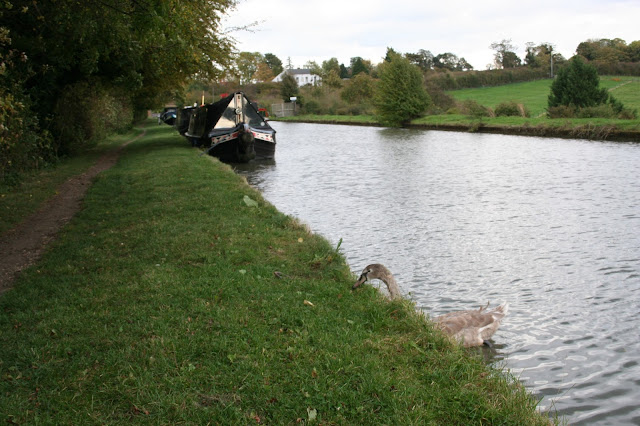 
John needed his wax gilet and a jumper this windy morning, and Liana her Scotland fleece, but the blue skies and sun made it a lovely day Once through Leighton lock we passed into countryside and over two miles until the three Soulbury Locks near Stoke Hammond. NB Stolen Time shared the locks with us. Her friendly co-owners told us she was an ex-Ownerships shared boat, like our old boat Osprey, which had twelve shares. While the Ownerships administration bit the dust, sadly, the system was sound, and we were told they still use the same system, while running it themselves as a private syndicate. 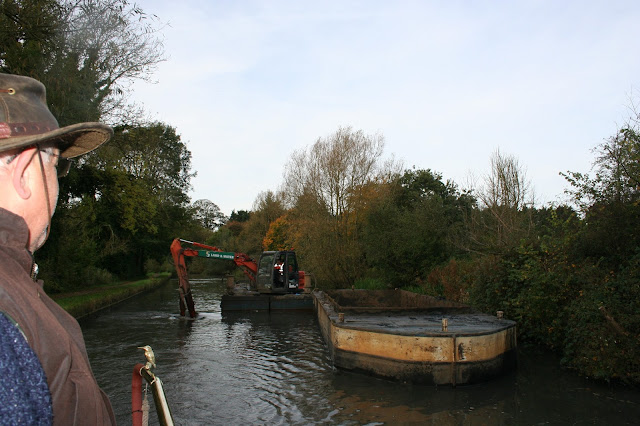 Past Willowbridge marina, we arrived at Fenny lock, with its swing bridge across the lock chamber and a drop of only one foot! This lowers the water level on the next pound, about twelve miles, all the way to Cosgrove.

Parts of the canal made steering feel like stirring pudding mixture, so we were glad to see dredging operations by Land & Water in several locations, including spreading the silt across fields.


John helped a kayaker find his phone by ringing it so he could see it on the bottom of the canal! liana lent him our net, but he jumped in to get it.


Quite a few boats passed us through the Milton Keynes area, usually at blind bends and bridge holes! There were more moored boats, including widebeams, than ten years ago. 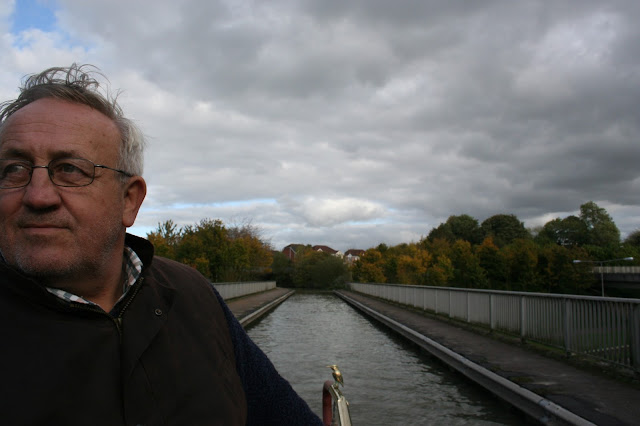 The linear park, with wide paths and leisure playgrounds, follows the canal for mile after mile. At Wolverton huge brick overgrown, semi-derelict railway buildings still loom over the canal. 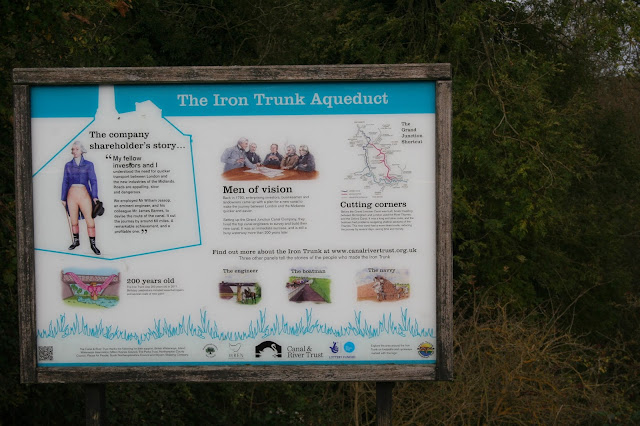 Past the Galleon pub, Annie traversed the wide Iron Trunk Aqueduct over the Great Ouse before reaching Cosgrove Lock. After waiting for a boat to descend, we went up it with a plastic boat manned by its new owners, who had no idea what to do at their first lock! We have helped “newbie” boaters a number of times this summer – the boat sales people must be doing well.


After using the services at Cosgrove, we moored up in the evening sun.