Monday 16 October near Mount 'Jud', Nuneaton to the 'Tame Otter' at Hopwas


Strange almost Tuscan blue skies; a dim, peach coloured sun, due to sand picked up by hurricane winds; twilight at midday, rather like an eclipse; strong winds: All portents of an interesting day! 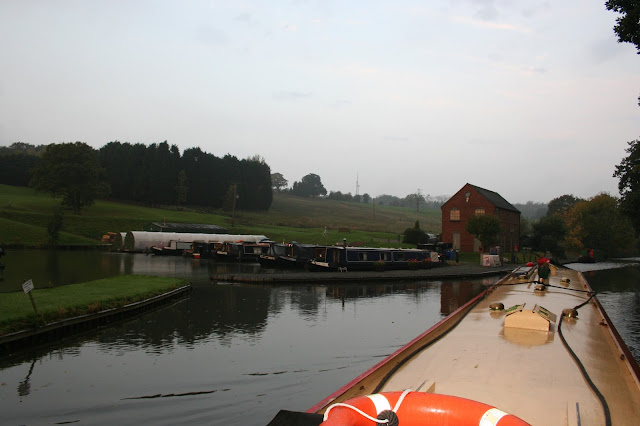 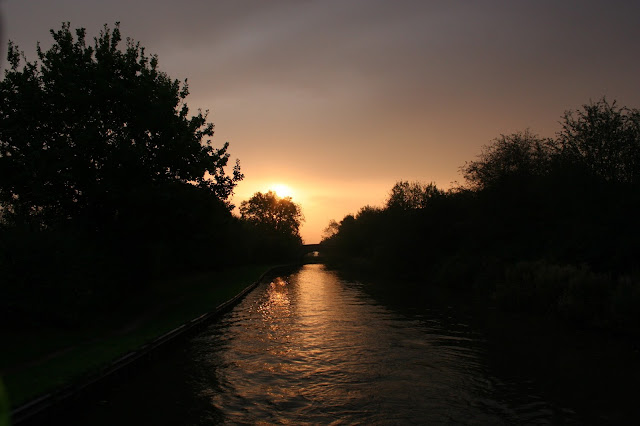 The sun came out fully after lunch and the strong wind blew us to Hopwas, where we found free wifi by mooring outside the 'Tame Otter'. 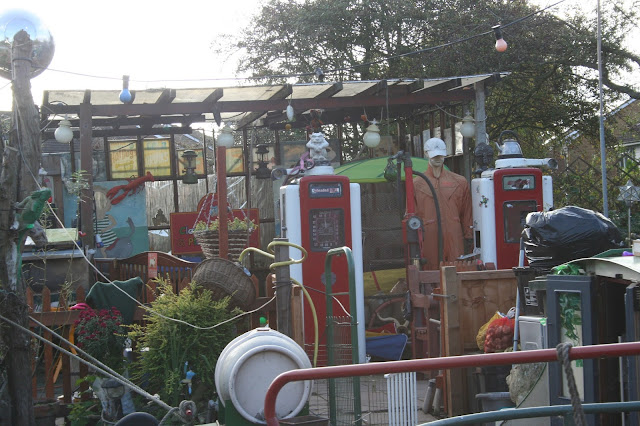 Saturday 14 October Weedon to Long Buckby, Braunston and the North Oxford at Hillmorton
We set off soon after dawn, ghosting through Weedon. There was still an old "Weed"hireboat at the moorings, remnant of the Weedon hire firm. Leaving Weedon, we were both shocked to find massive earthworks where a new bridge is being built over the canal.

We passed the wiggles in Braunston tunnel without meeting a boat, but then met five! Thankfully, all passed us slowly, without incident. We went down Braunston locks with anoither boat, then stopped to visit Phill Abbott at Annie's home, Wharf Narrowboats. John had a shock when he couldn't get out of gear, so had to switch the engine off. The clip securing the outer gear cable sleeve had broken! Phill kindly supplied a steel staple which John fitted. John bought other parts including a stove chimney coolie hat.

Posted by Narrowboat Annie at 15:38