Wednesday 12 June Down the Northampton Flight – eventually! (5 miles, 17 locks)
The weather forecast was afternoon rain, so we set off about 8am for the top lock, the first of a “thick” of thirteen locks, all close and within a mile or so.

After two quick locks, we saw a man in a white van, who stopped the third lock filling. The CRT men were busy refilling two empty pounds lower down, so we had to wait. John walked down to have a look, and saw crowds in the distance! 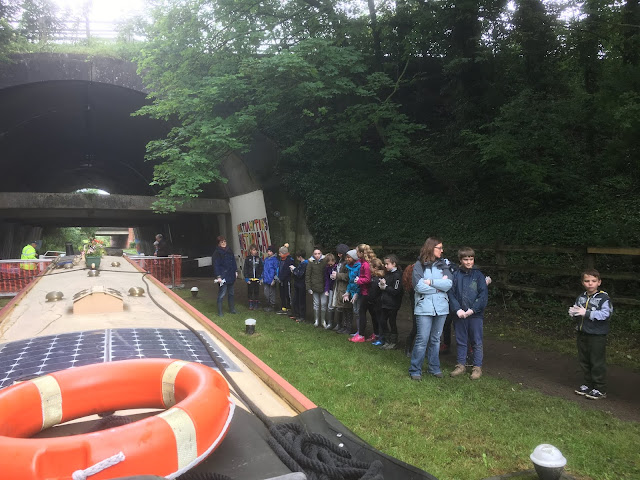 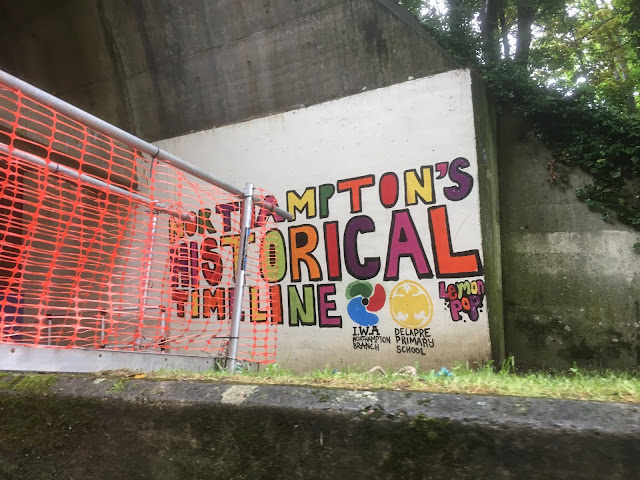 We chilled and hoped the rain would hold off. After nearly two hours, we continued down to the large M1 bridge, where we found a happy, lively school party busy painting murals on towpath and offside underbridge walls. They were pleased to have us as an audience! A temporary footbridge had been placed across the lock near the bottom gates, so it was a good job Annie is 60', not 70'. 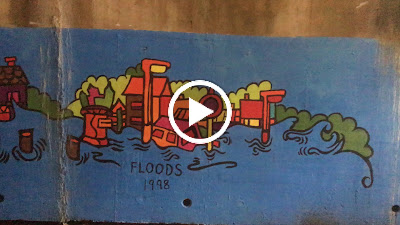 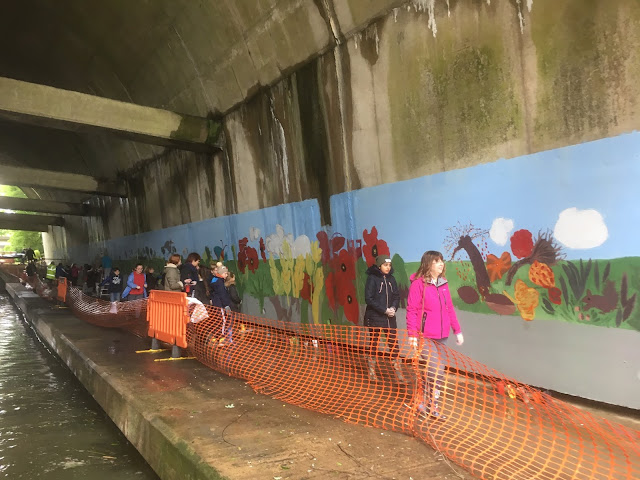 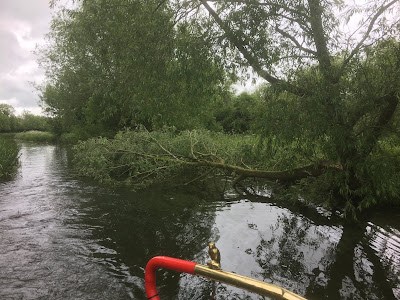 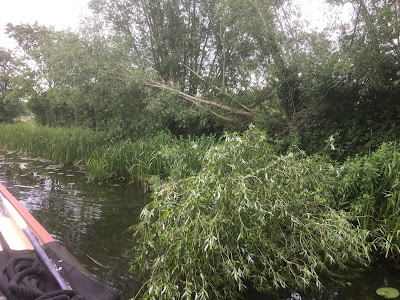 Once past the thirteen, the last four locks are spaced out, at least half a mile apart, and the canal is close to the River Swan, a Nene tributary. John squeezed Annie past two fallen willow trees, one of which blocked the towpath. Despite these slight difficulties, we must say that the flight holds no worries nowadays: The towpath is partly surfaced and well mown, locks are in good repair, and vegetation is in reasonable state for navigation, partly due to volunteers from the local Northampton Inland Waterways Association (IWA) branch. Well done! The water is quite clear and teeming with fish, mainly about 6”/15cm or less. As we reached the river lock, EA marina people altered the sign from red to OK. Apparently there had been a problem with a boom at Doddington Lock, some way downriver.
We could have moored just before the river lock, by two liveaboards, but John decided to go onto the river and moor using the visitor moorings with tall bollards on the opposite bank, either side of the newish pedestrian bridge before Kings Lock and close to town and Morrisons. We popped in to Morrisons and brought the haul back to Annie in the trolley. John returned it as rain started to fall. TV reception was non-existent, so we read, wrote and watched dvds.

Thursday 13 June in Northampton (Engine Hours  3716)
The rainy night persisted, so we wore waterproofs and use our umbrella to walk into town, where we had an enjoyable morning shopping for books, dvds and bits and pieces. The poor traders in the deserted market had our sympathy. Thank heavens the rain eased and people came out later. Good coffees and muffins helped, too! At least we have plenty to read and view.

Sent from Mail for Windows 10

Posted by Narrowboat Annie at 15:07