From Antons Gowt into Boston

Leaving Antons Gowt lock in very strong winds, both pontoons were occupied, but I managed to back near one end and pick up Liana. I was Witham Sailing Club Open Day, but apart from the rowers, they clearly had to tow some boats around as the wind was so strong :( 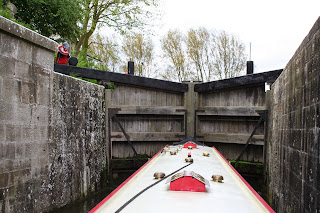 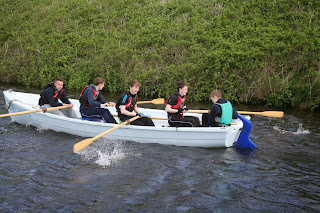 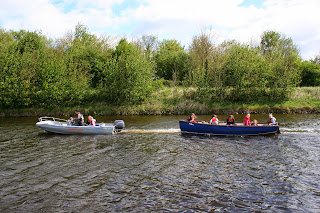 Boston appeared. The visitors moorings are first on the left, East bank, as you arrive. 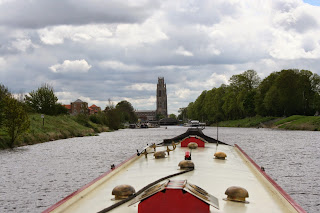 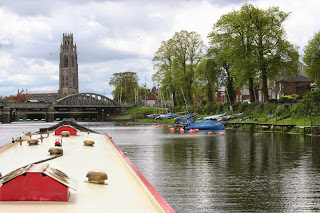 We visited the moorings just before the Grand sluice, to use the Elsan loo facility and talk to lock keeper Sam Brockett again. He advised us to moor behind the pontoon, as we wished to leave the boat for a few days. 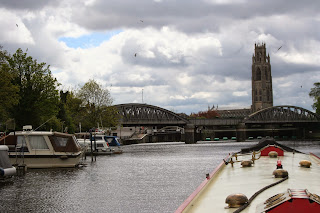 Posted by Narrowboat Annie at 12:51