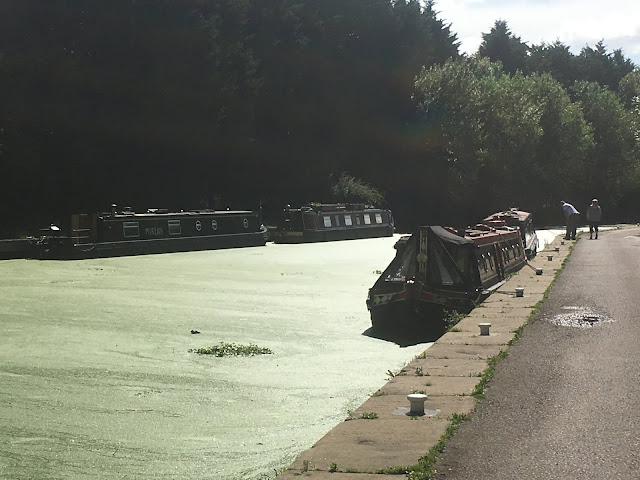 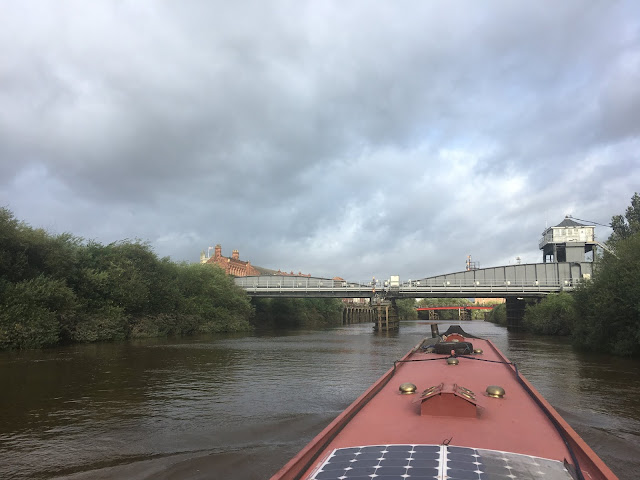 Up early, breakfasted, boat prepared before 0800! The Selby lock keeper released Annie onto the River Ouse about 0830, as flood tide starts then today (about 15 minutes after High Water at Hull Albert Fock). With following tide, we should do the twelve miles in two hours.

John took care to motor into the river without letting the current push Annie against either the lock or the two Selby bridges just upstream. After that, we watched out for floating tree trunks and logs, and kept to the outside of bends to avoid the shallows. While pleasant, the steep banks topped with willows and other trees mean you don’t have much of a view.

The three grp  boats which locked down onto the river after us never caught us up: One broke down and was towed up to Naburn by another. 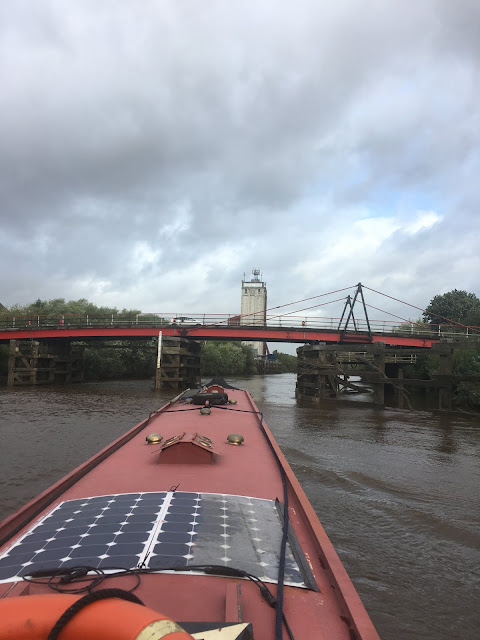 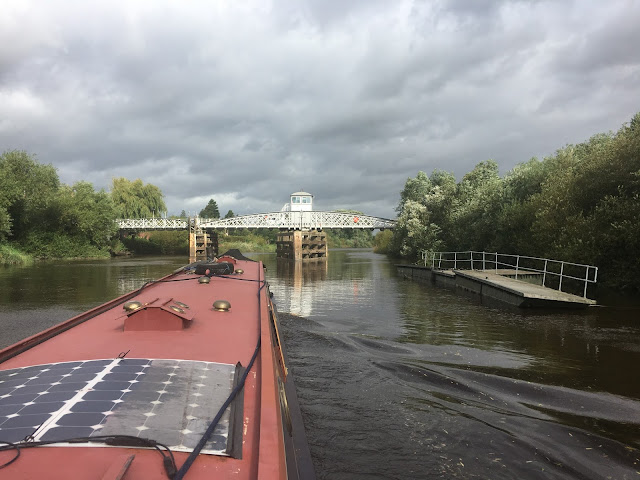 Reaching Naburn, John got the dicky VHF radio working to contact the lock keeper when we were a mile away, so we could go straight into the massive lock. This has a swing bridge over it when not being used by boats. Gale force winds meant we decided to stop for the day and moor just above the lock. 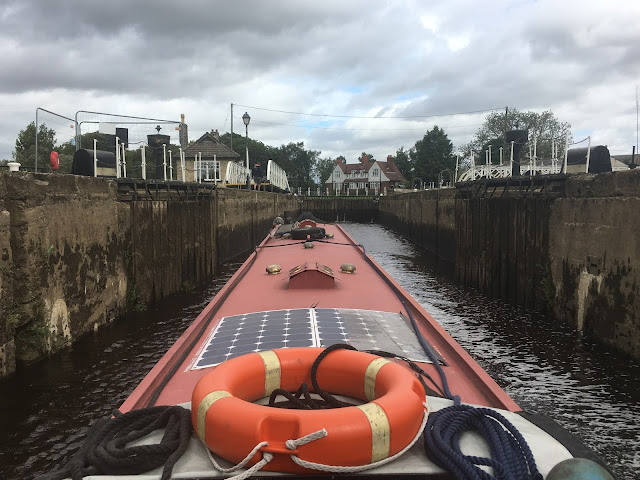 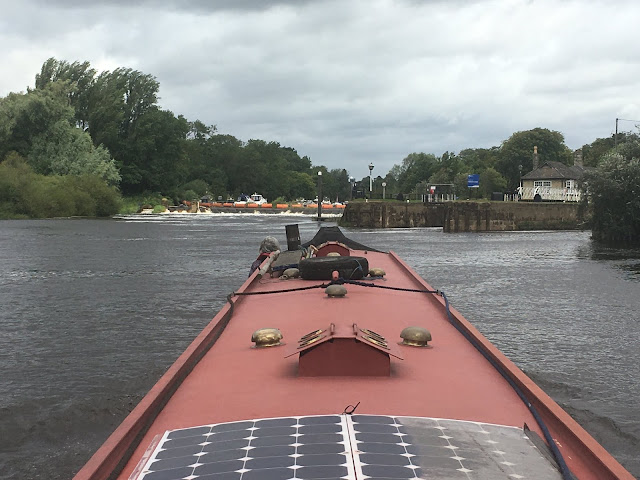 This scenic location has been improved for the many caravanners, boaters and other visitors.

Posted by Narrowboat Annie at 15:15