Wednesday 19 August along the Aire and Calder Canal to Knottingley

Pollington Lock is massive, with three sets of gates. We used the two sets which were about 70 feet apart, to save water. 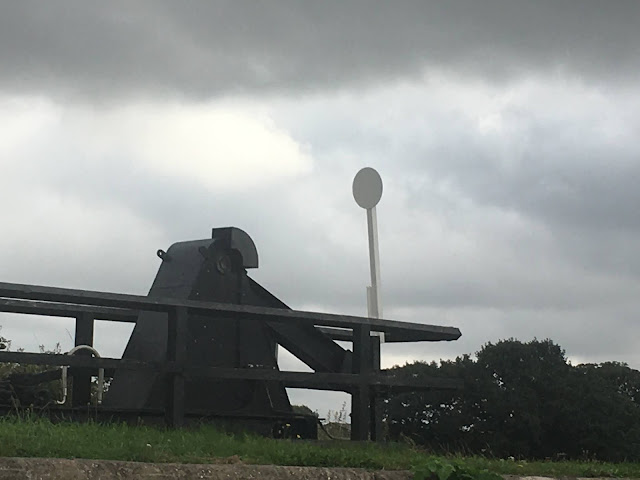 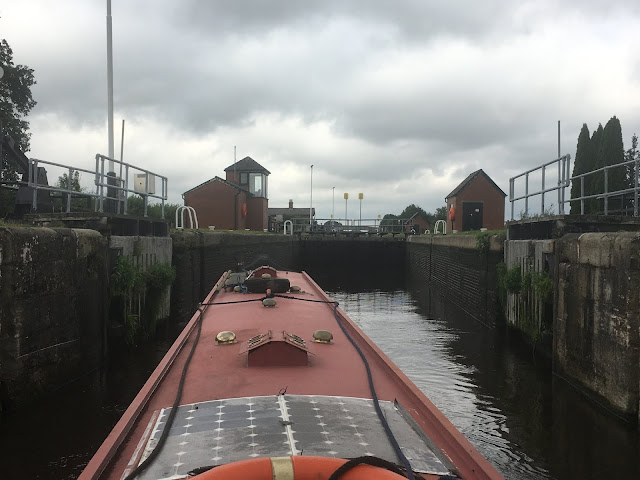 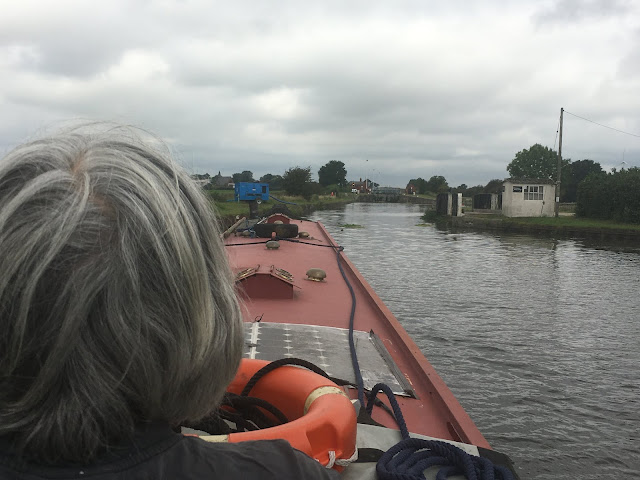 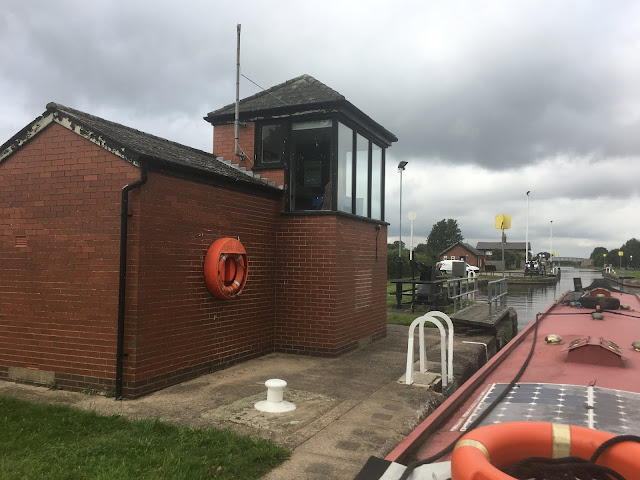 This stretch of canal is wide and fairly straight, through arable countryside mixed with old quarries and defunct mining operations. There are power stations in sight, plus power lines. Fishermen, herons and the occasional cormorant are seen. We passed under the East Coast Mainline, then by the South Yorkshire Boat Club, which uses an old quarry loading basin.

Just after the Boat Club, the CRT depot occupies the other bank for several hundred yards. We avoided a tug manoeuvring breasted up to a dumb barge.

Whitley Lock made John work. First he went to the left of the lock to use the Elsan point. Bywash water was running fast here, and we had to back out without hitting the moored plastic boats. One bow fender chain link bent as Annie’s bow ran across the strong current to the side of the channel away from the other boats. Once reversed and through the lock, John soon got chain and shackles out to effect a repair, almost in the shadow of the M62.

More boats were moored at Eggborough, near railway station and power station.

Kellingley Colliery was one of the last to close.

Through Skew Bridge, we saw three Tom Puddings (20 ton square coal barges) and a Rebus (false bow) in front, At the boatyardl opposite Bank Dole Lock, which we will use tomorrow on the way to Shelby.

Mooring on bollards outside the Steam Packet pub, we walked around Knottingley before using the small Dainsbury’s and chip shop close to the moorings. Rain kept us onboard after that. 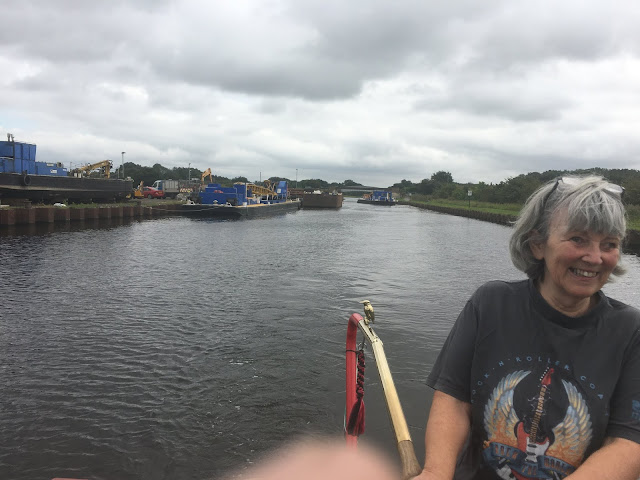 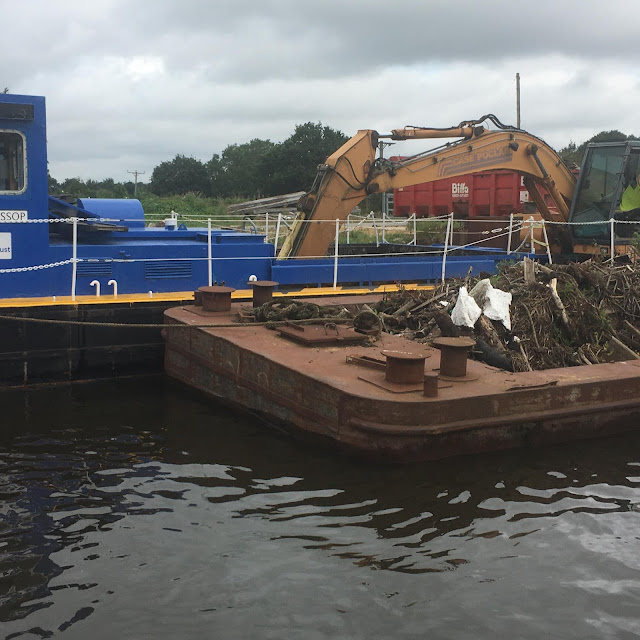 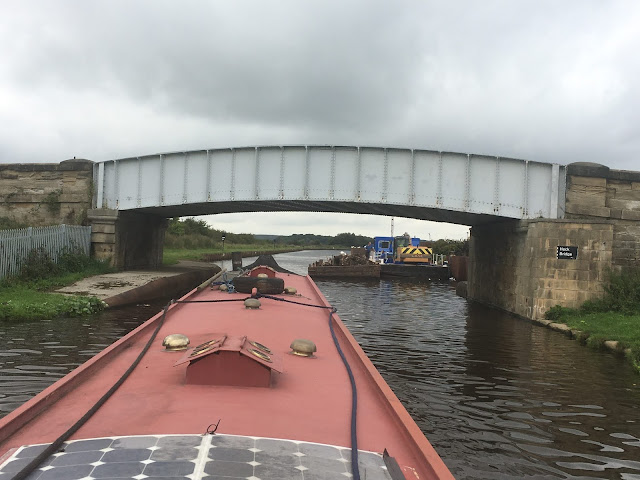 Posted by Narrowboat Annie at 20:56