Up the Trent to West Stockwith

Thursday 27 August to Keadby and up the Trent to West Stockwith and the Chesterfield Canal (23 miles, 2 locks)

Very cloudy but dry, thankfully, we shared the first three swing and lift bridges with a widebeam CRT workboat, and their helper opened them all for us! 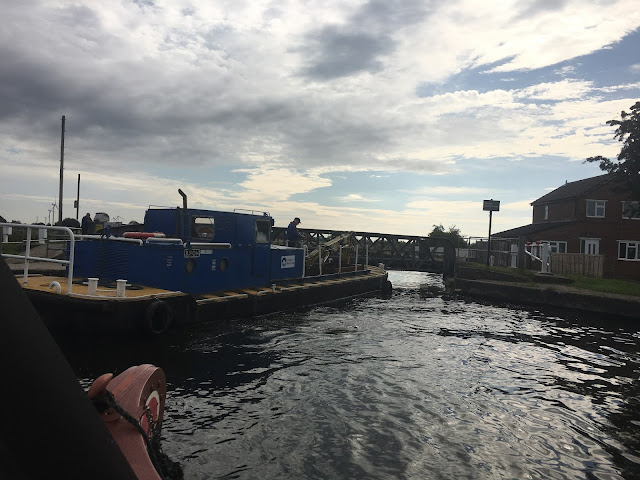 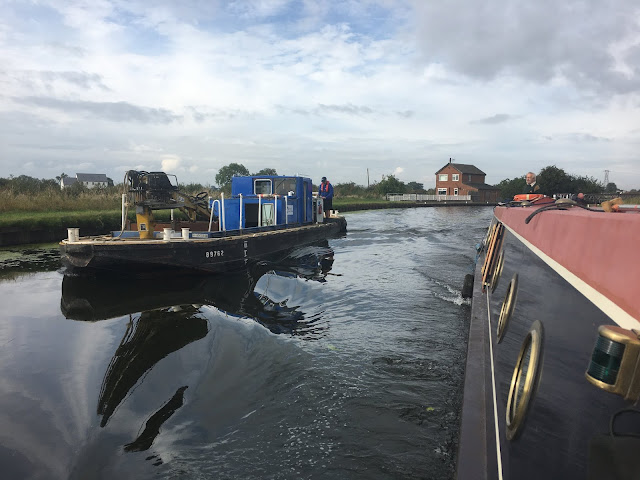 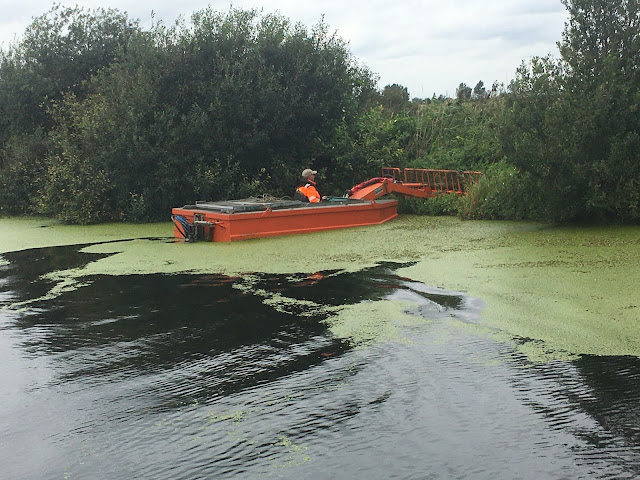 They stopped to work, but we continued through several more bridges, which Liana operated. The harvesters were gone, with large bales of straw in the damp fields. Wind turbines barely turned. 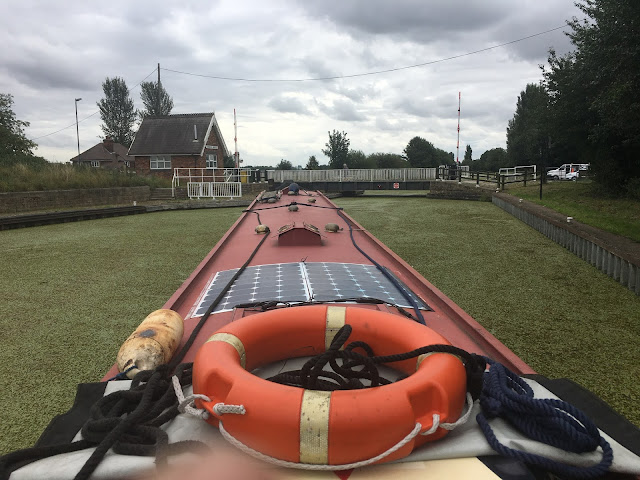 The wind picked up as we approached Keadby and waved back to the power station builders. We had to wait for a train before the signalman let us through that almost unique sliding rail bridge.

After topping up with water and emptying toilet holding tanks, we were ready to leave Keadby Lock with the flood tide at 1345. Water flows upriver for only around two hours in every thirteen, just before high tide. 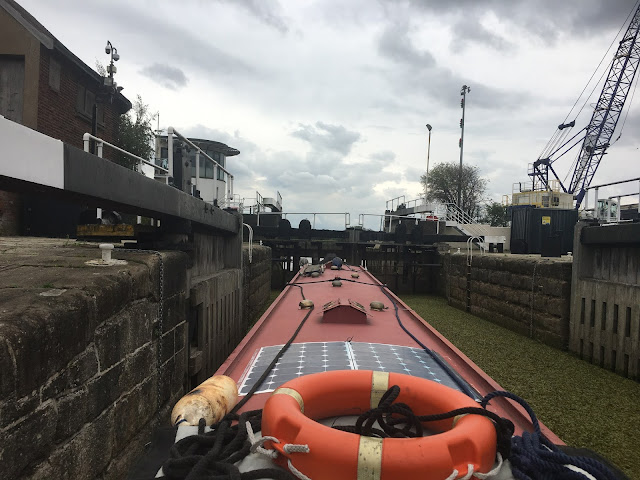 We passed through the motorised swing bridge and lock, helped by Maria, the lock keeper.

Once on the river, John had to avoid a number of trees and other flotsam, but the thirteen mile trip up to West Stockwith was pleasant and rain free, thankfully. 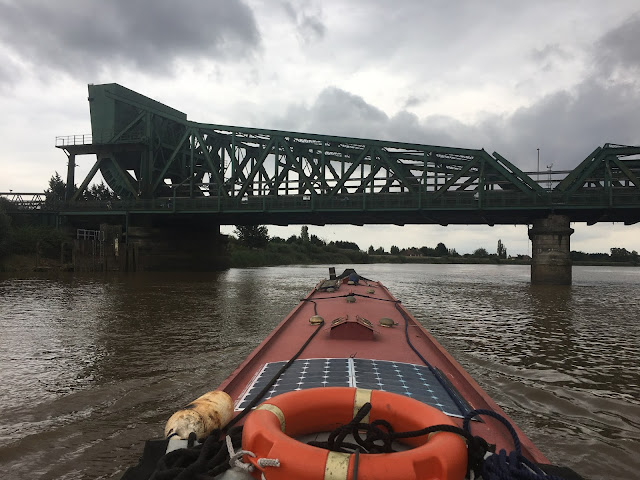 The VHF radio was acting up and does not always transmit (another job) but John managed to use it to contact the lock keeper when we were a mile from Stocky. As we approached we heard two cruisers on the VHF, and they kept behind us so Annie could pass up the lock 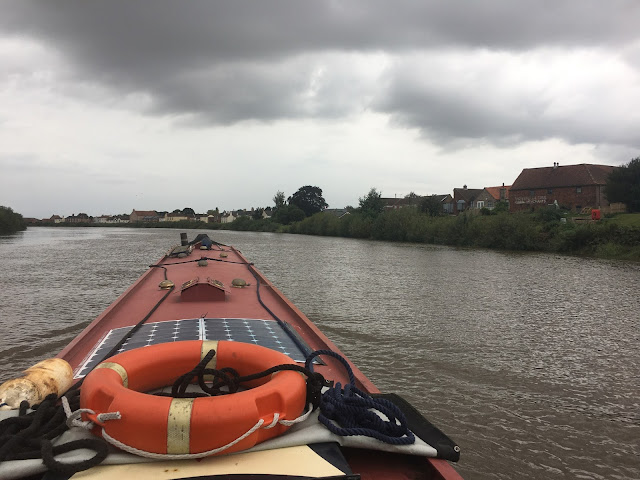 Jim and Young Wilf were on duty at the lock, and we were soon up and moored in the basin, as it started to rain.

Posted by Narrowboat Annie at 07:43