Onwards and Upwards to the River Soar

The new brick buildings opposite the Sainsbury’s moorings are nearly finished: Men were removing scaffolding and bricking up the small holes it made.We shopped there early to avoid crowds, apart from staff filling shelves. 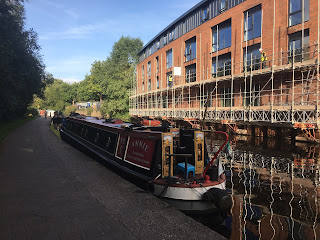 The three mile journey To Beeston River Lock was sunny and pleasant, with plenty of joggers and cyclists. Two live aboard boats were moored on the lock mooring, rather selfishly. We moored on a pontoon in the lock entrance, but John had to reverse Annie to allow an oncoming widebeam boat to leave the lock. 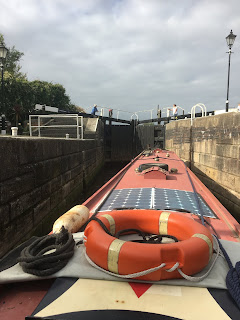 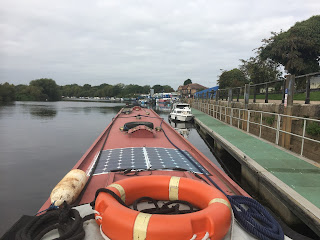 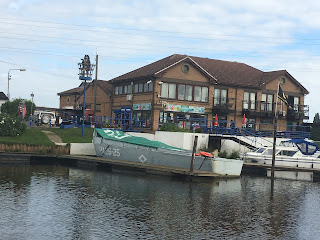 The four mile river passage to Cranfleet is very pretty. First, we passed Beeston Marina, with lots of boats on the riverside, including a LCVP (landing craft vehicles & personnel). On the south bank we passed chalets and caravans at various points.

By Burton Island, dredging was in progress.

Reaching Cranfleet, we shared the lock with NB April Fool, and had a nice chat

Turning sharply once at the yacht club, we passed above the weir onto the River Soar. We soon passed more chalets near Redhill Flood Lock and Marina, shich was busy.

At Ratcliffe Lock, and at Kegworth Deep Lock, we helped a cruiser through, after which the friendly widebeam crew following helped us! 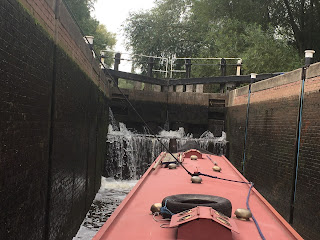 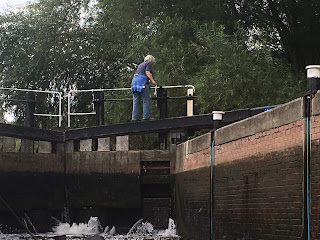 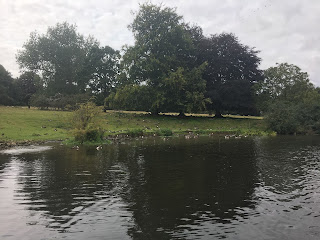 Thank you and sorry we forgot your boat names! We heard that a lady had jumped off Kegworth bridge and been rescued by a boater, just before we got there.

The last three miles are scenic and rural, and we have stopped at our usual mooring on Zouch Cut, near the Rose & Crown pub, normally visited and enjoyed by us and family. We shared Zouch Lock with hireboat Dominique and her friendly, experienced boater crew. Bon voyage! 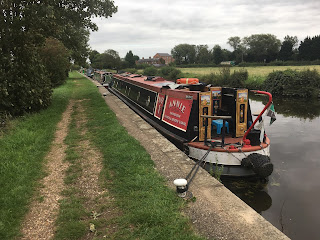 Posted by Narrowboat Annie at 15:01