The low hum of distant traffic pervades Ansty. John got up before 0700 and made tea, plus yesterday’s mash potato, bacon, egg and toast made a good autumn breakfast. 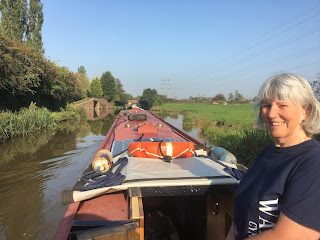 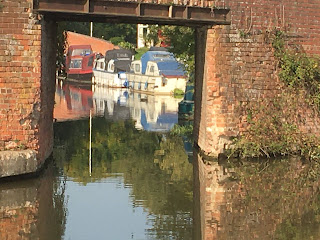 As we approached Sutton Stop (Hawkesbury Junction), the Canal parallels the noisy M6. We passed the Coventry Boat Club moorings on the Wyler Arm, seen through a  side bridge. The stop lock outside the famous Greyhound Inn separated the waters of the North Oxford and Coventry Canal Companies, which are a few inches different in level. The sharp turn under the lovely cast iron junction bridge gives the pub drinkers plenty to enjoy as narrow boat steerers are tested. 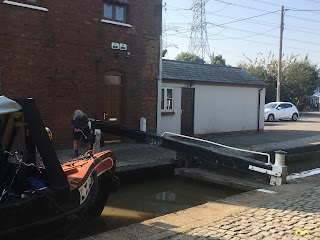 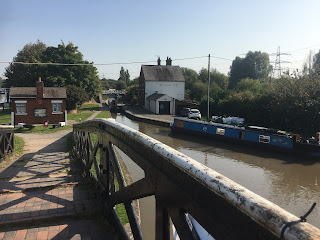 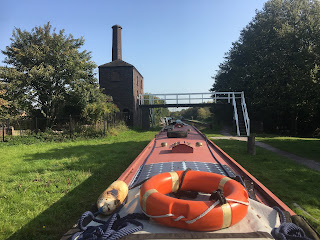 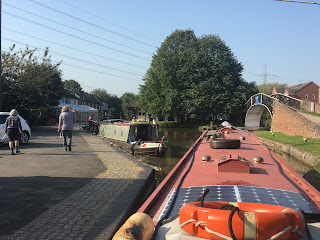 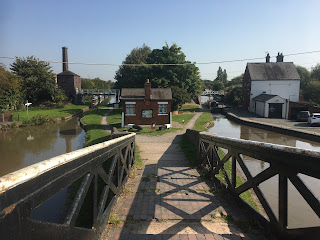 Past the old Newdigate Arm, through a deep cutting, we passed the uniquely decorated Charity Dock and Marston Junction, which leads to twenty miles of lockless, country canal.

Nuneaton is an interesting town to pass through. Apart from museum and other places, there are loads of lovely house gardens. Nuneaton and Bedworth have scores of acres of Well used allotments, with kidney beans and maize prominent at the moment.

The countryside between Nuneaton and Hartshill is pretty, particularly on the East side of the canal, with several pleasant mooring sites. With daughter Joanna visiting, we chose the Anchor Inn at Hartshill, where we have had good meals before. Jo can park her camper van in the car park, with an electricity point available, too, as she is sleeping in it tonight. 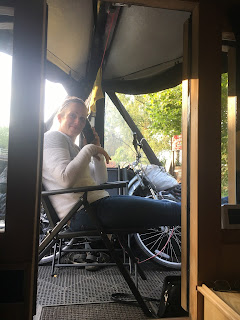 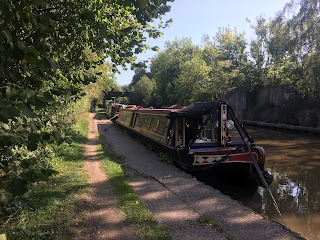 Posted by Narrowboat Annie at 07:07