Botany Bay and peering at Wigan!

At Johnson’s Hillock Locks, John used the Elsan facility and went down the weed hatch, finding plastic and fishing line. Liana opened the top gates and set the second lock, as NB Drummer Girl arrived, steered by Maxine and Paul, experienced hirers. Together, we descended the seven locks efficiently.Leaky top gates soaked John and the rear deck each time he backed up Annie to allow the bottom gates to open! 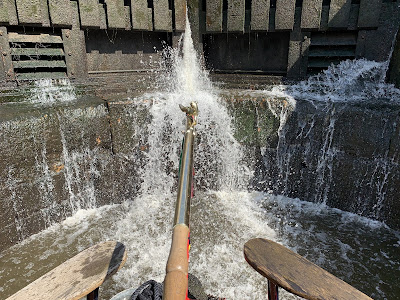 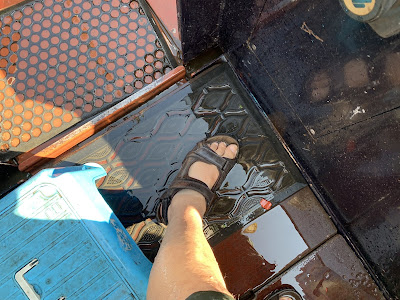 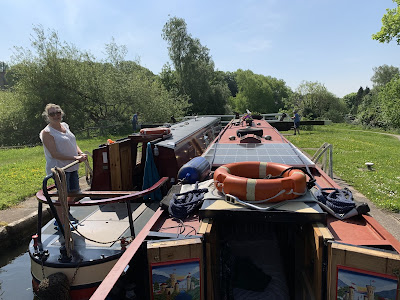 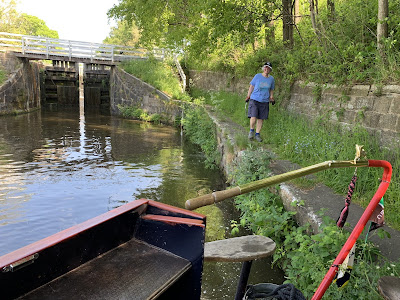 Liana used the ancient weedy wharf to rejoin Annie after the bottom lock. 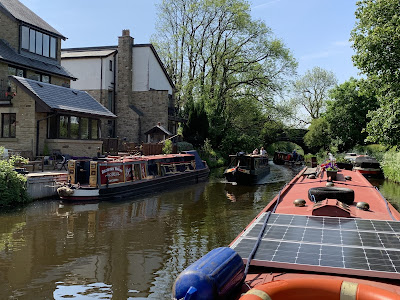 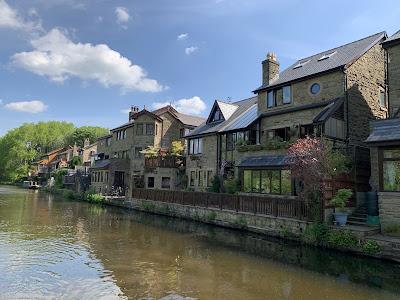 Some very expensive architect designed houses overlooked us as we joined the onetime Lancaster Canal pound. The Malthouse Farm restaurant needs moorings for boaters to have easy access, and would add interest for patrons.

Chorley is hidden from view, as is the noisy M61, near which the two visitors moorings are situated.

We paused for lunch at Heath Charnock, near bridge 73, by picnic tables, and only realised we were yards from the ice cream parlour after we set off again!! 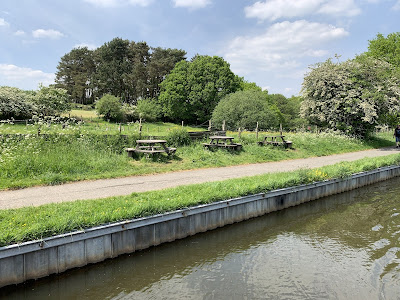 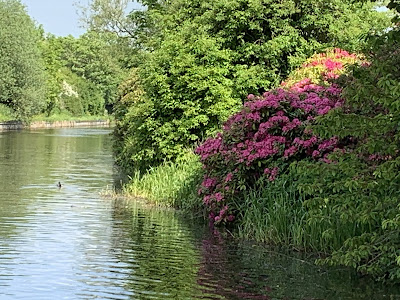 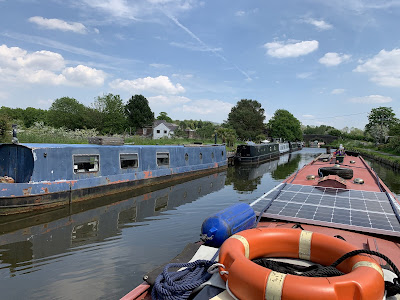 Between bridges 72 and 68, from Ellerbeck’s hire base to past White Bear Marina, there was 1.5 miles of online permanent mooring, and we dutifully passed by the lot at idling speed ....

Between bridges 67 and 65 are excellent piled moorings with pleasant views, four miles before the Wigan 21. 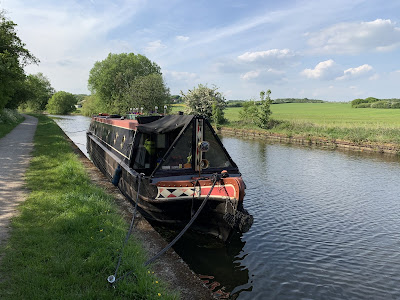 We moored just before the bollarded lock moorings and visitors moorings, as these were occupied. 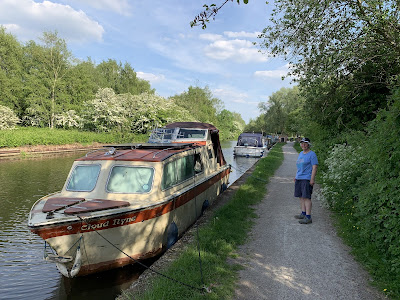 Liana was told one boater was booked in for 0830, odd as she was told just to turn up! We shall see tomorrow morning! 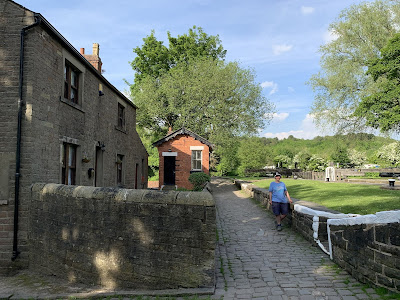 The lovely stone top lock cottage was occupied, we were pleased to see, on our half hour circular walk.

Posted by Narrowboat Annie at 17:52