Southwards on the Trent and Mersey Canal

Clouds saw us reaching the short 424 yard Saltersford Tunnel, which is narrow and so windy that you can’t see the far end. Hence the need for one way traffic Southward on the half hour, this time for twenty minutes, as it only takes about eight  intensive minutes to pass through. 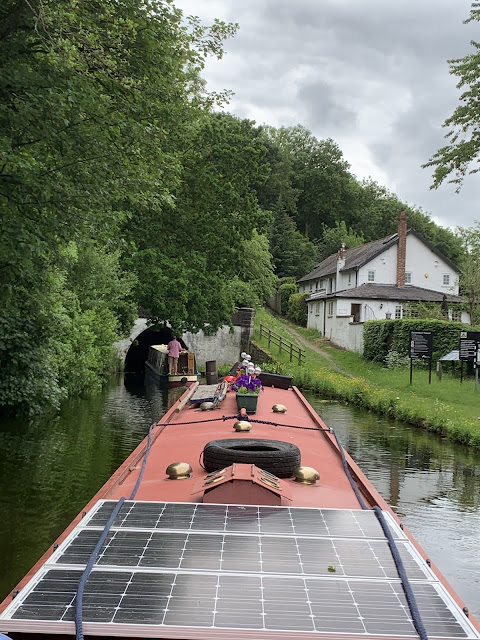 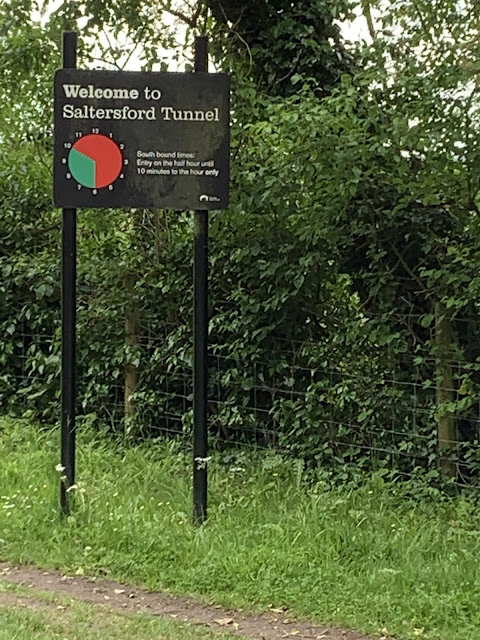 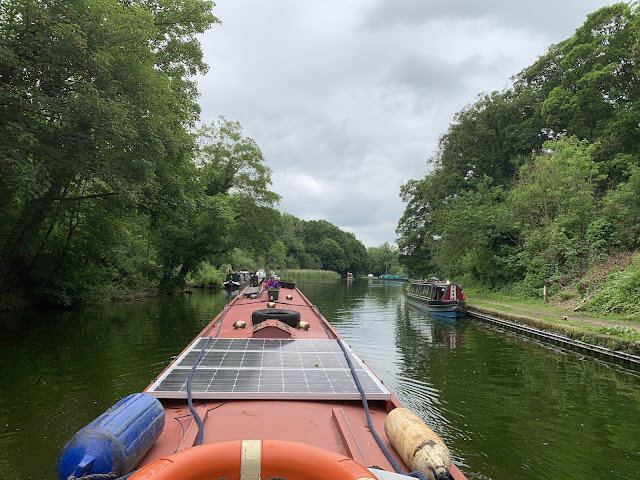 We had boats in front and behind us, so you could see the bends. Emerging into a lovely wooded wide pool, you pass into the equally narrow, slightly longer but straighter Barnton Tunnel, 572 yards long. 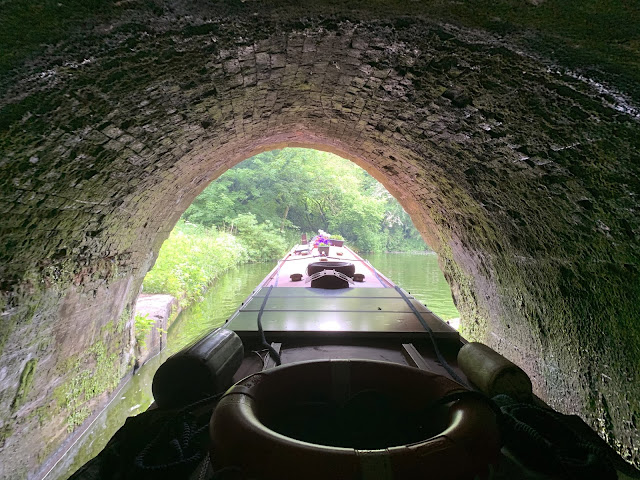 There are still a few wobbles, but you can see the far end, so boats are cautioned to check for oncoming boats before entering. 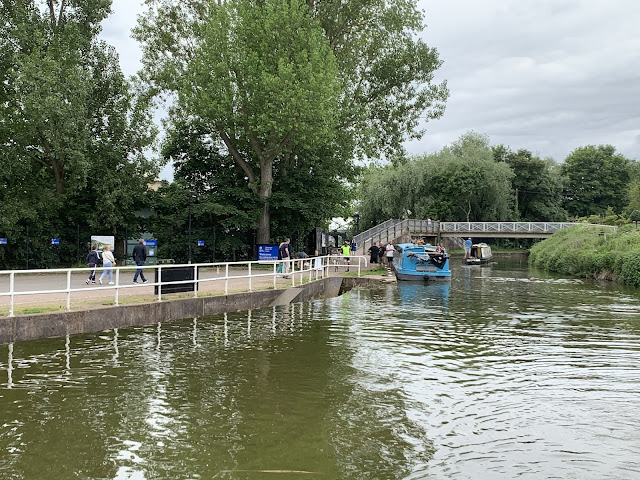 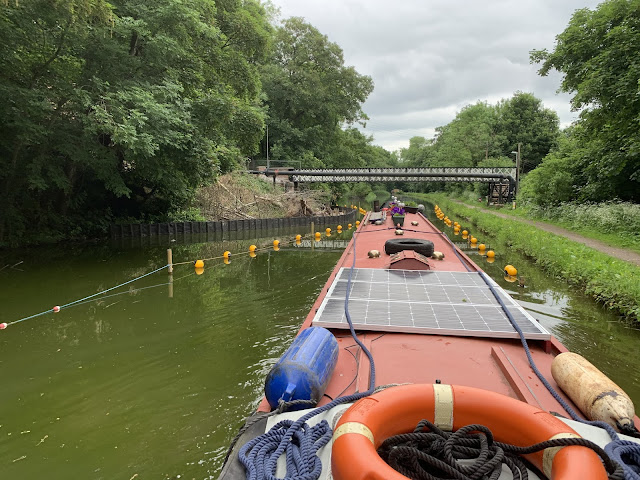 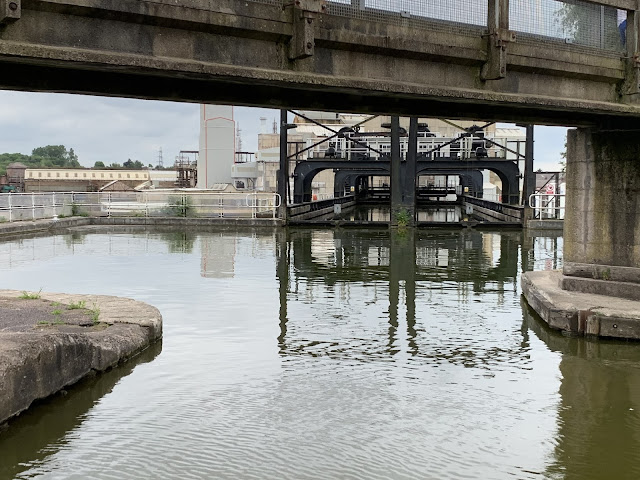 We soon passed down the narrow channel, past a bank collapse to Anderson Lift and Marina, to the busy CRT services opposite. 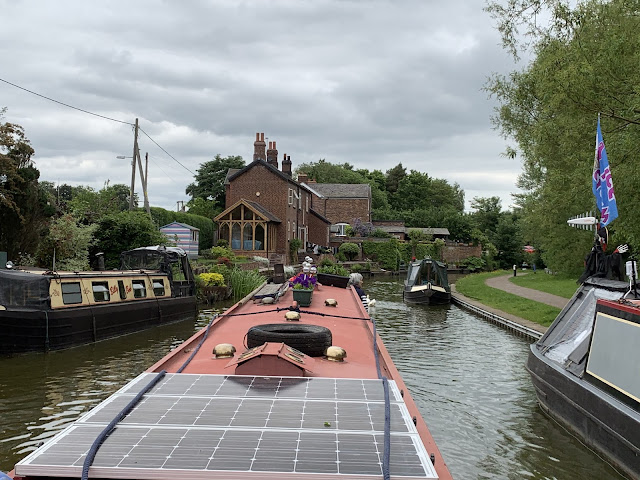 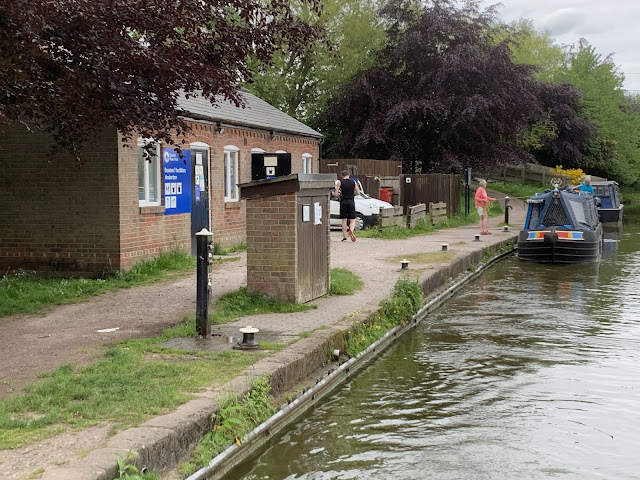 Once holding tanks were emptied and water tank refilled, we carried on through woody Marbury country park to the Lion Salt Works museum at Marston.

The corroded tanks and pipes at Bruner Mond chemical works have been replaced with new plant.

Orchard Marina is currently dry, being enlarged, while two more marinas have been built, one close by and the other in the first flash you come to,, now dredged and full of pontoons and boats.

The second flash, once with sunken working boat cabins breaking the surface, is now a pool like Tixall Wide, with boats lining the towpath side.

We continued to a nice spot, Bramble Cuttings, just before Middlewich.

Posted by Narrowboat Annie at 16:01