In glorious sunshine, we set off at 0830 and admired first the rural scenery, then the gardens of Wheelock. We passed CRT services before starting the ten Wheelock locks, eight of which are duplicated. 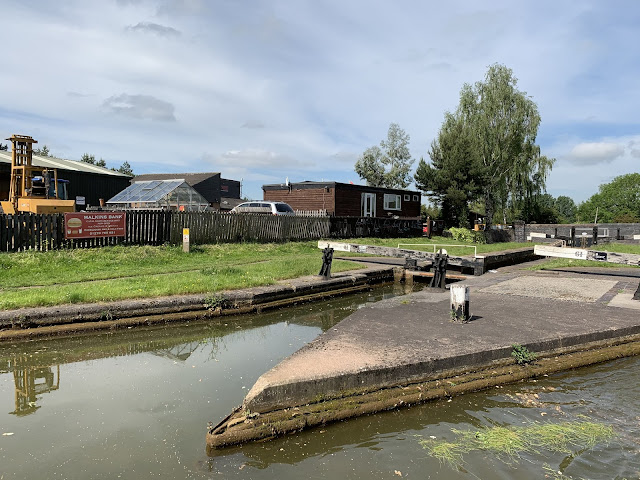 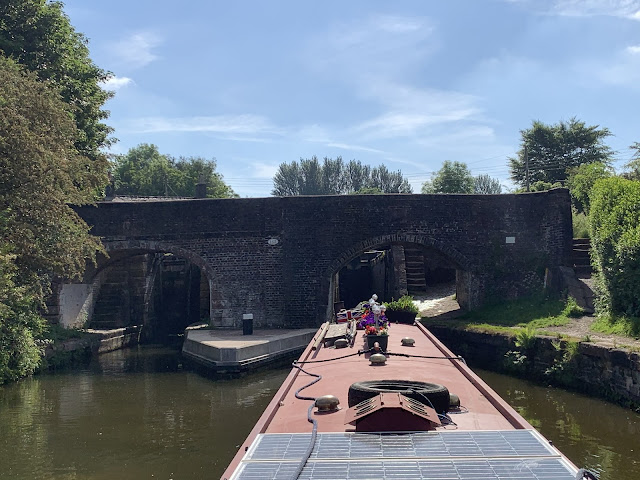 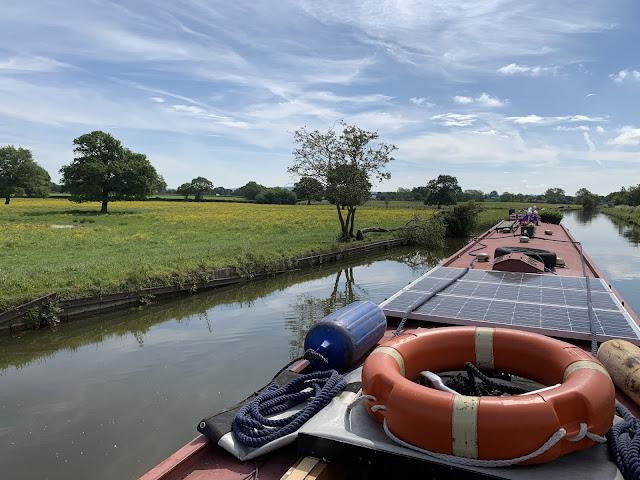 We took our time and enjoyed the lovely views and chats at locks with several oncoming boats. There is a visitors mooring at Hassall Green, near the M6, but we continued up the two single Pierpoint locks. 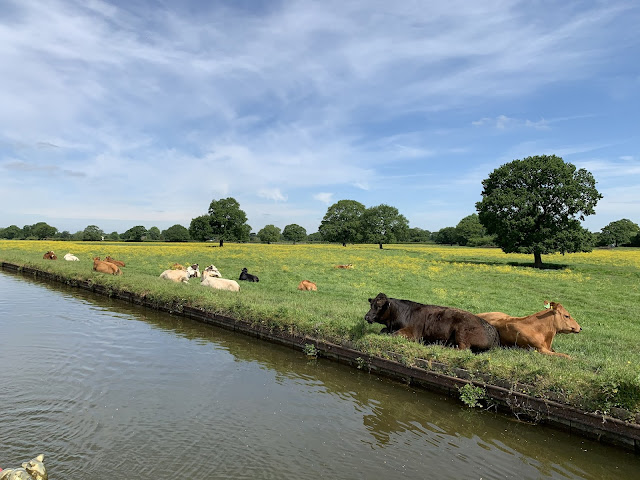 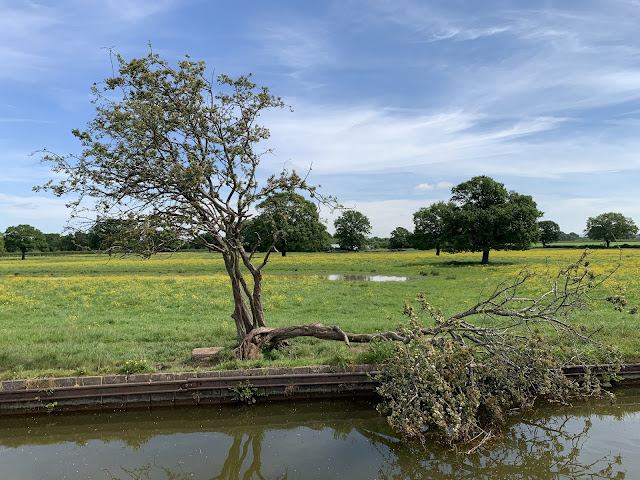 One and a half miles of pleasant countryside around Chellshill Farm precede the two Thurlwood locks at Rode Heath. Top lock 53 is no longer dualled, as a replacement iron lock failed to cope with further subsidence and was demolished in 1981 after only 23 years.

Can you see the tree house overlooking this lock below? 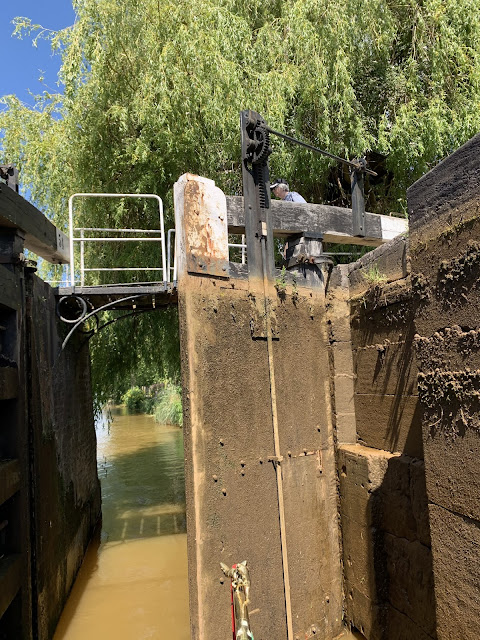 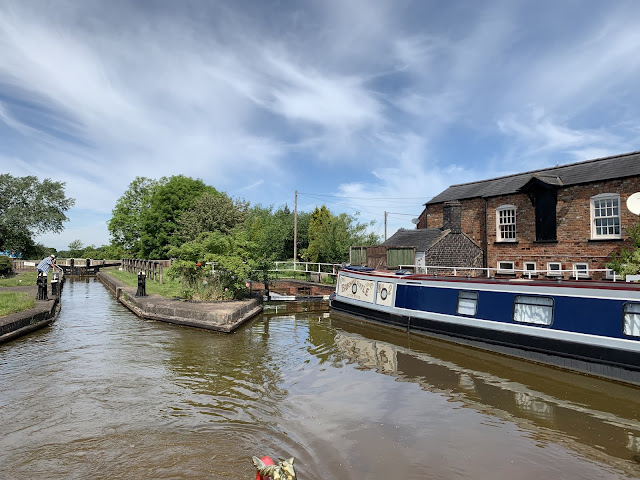 We moored on the attractive visitor moorings close to the Broughton Arms pub, which we visited later for a drink. They do offer typical pub grub, too. 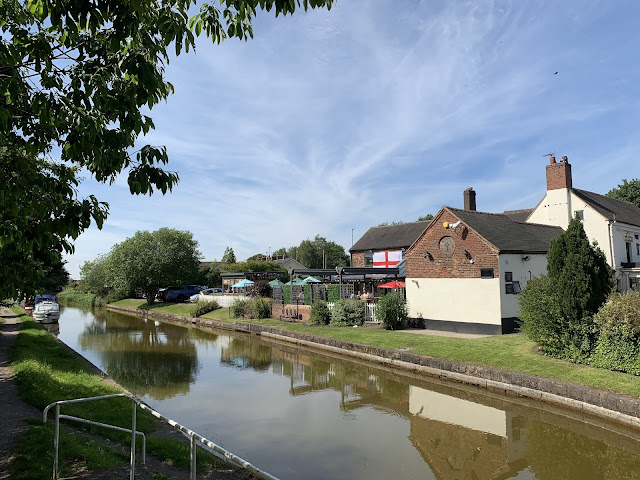 While we enjoyed a relaxing afternoon in the sun, plenty of boats passed by, many hire boats ‘doing’ the Four Counties Ring. We chatted to passing walkers and boaters, and helped some to moor. We got a few jobs done, tidying, cleaning the bilges, checking the weed hatch, filling the stern gland greaser and fitting a small LED lamp on the cratch to assist the tunnel light.

Posted by Narrowboat Annie at 21:36