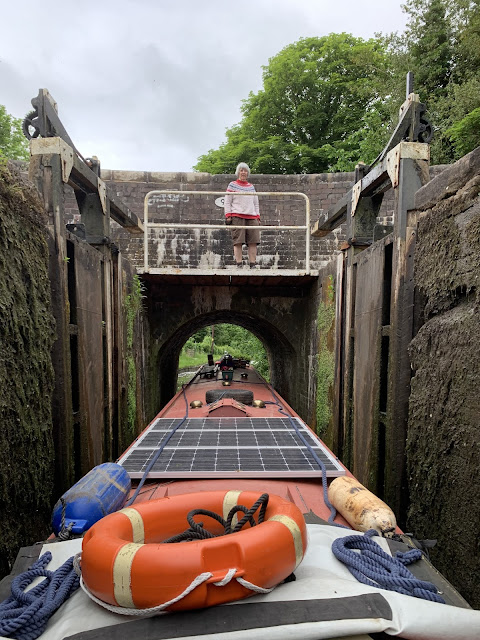 Liana suggested we set off early, so just before 0800 we were through Trentham Lock, idling along past the Wedgewood factory and shop, then through the neat suburban gardens of Barlaston, including the inevitable new canalside housing. It’s great that these narrow Trent & Mersey locks have lock bridges at the tail of each lock: It helps a lot. 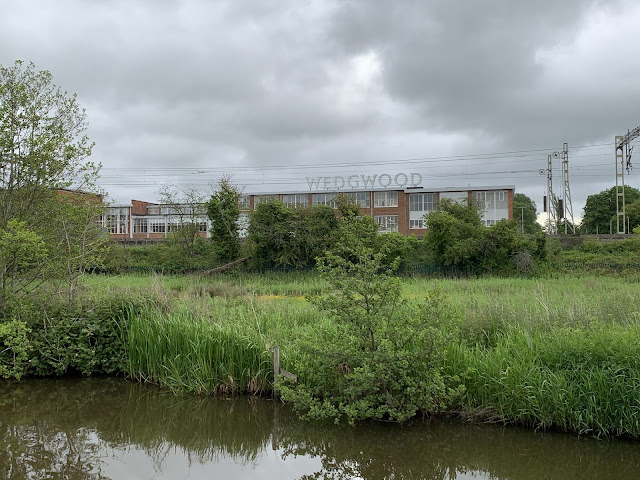 We passed several boats bound for Stoke and the Harecastle Tunnel.

Just after Barlaston, John spotted that the lovely house with its own wharf arm is for sale. Ooh, if only! 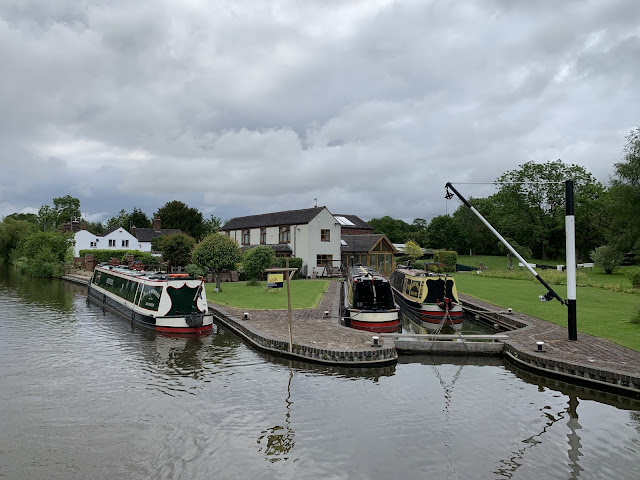 We enjoyed the three mile country scenery on the way to Stone, which showed more new redevelopment. We crossed over with  several boats, first on the four Meaford (“Method” to locals) locks and later on the four Stone locks themselves.

Joules brewery is now an engineering company, a local gentleman told John as he waited opposite the Stone Canal Co basin. This now has a well designed theatre/pub, echoing the Joule brewery buildings, nearly finished at its north end. 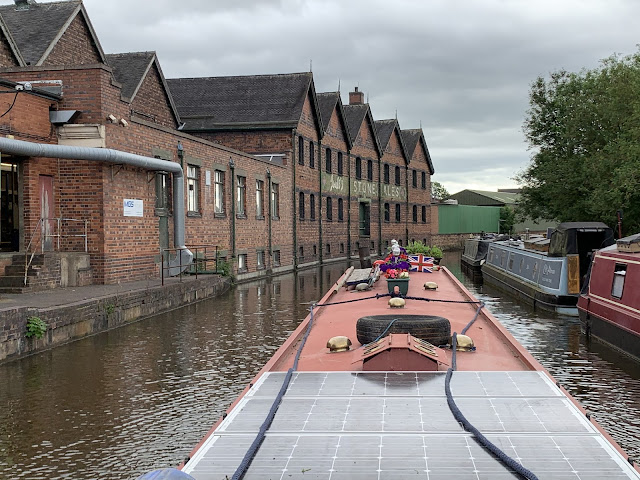 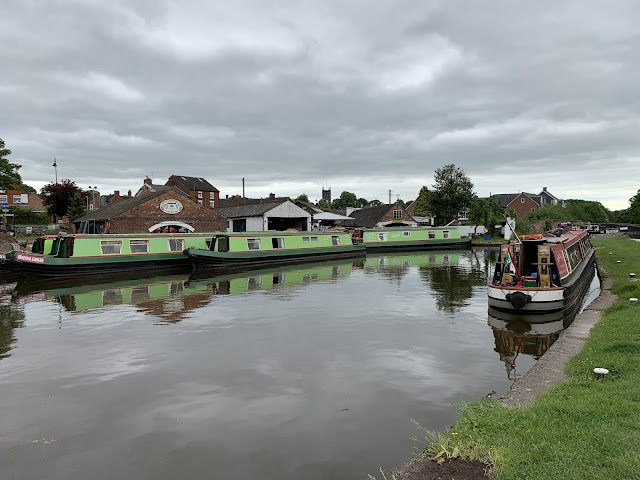 Along the way, we spotted several interesting boats, including NB Lady Hatherton, a 1898 Inspection launch, working boat Clematis and a bare working boat hull with just an engine inside at Fuller’s boatyard. 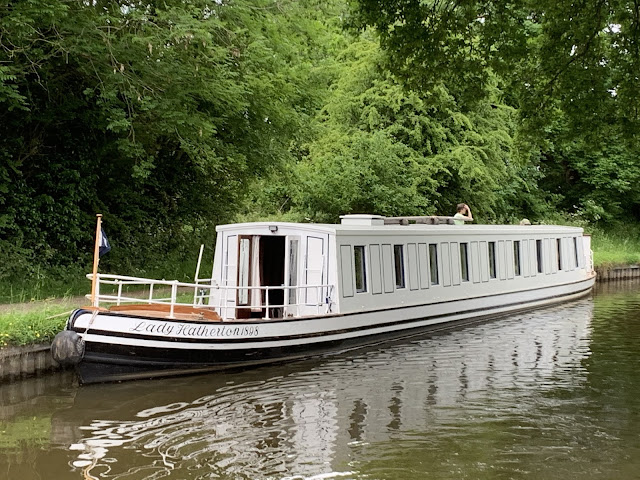 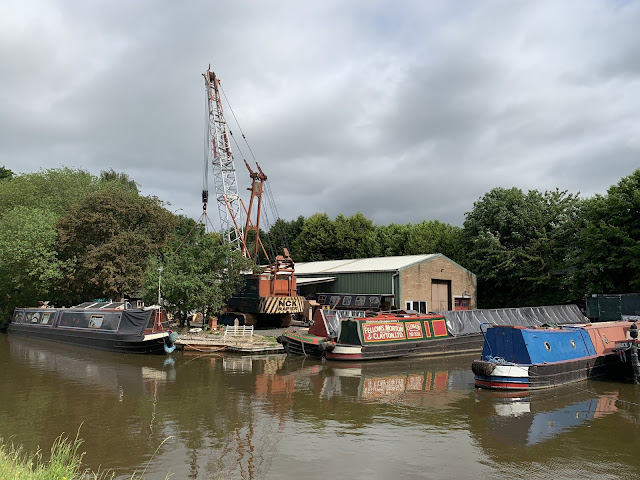 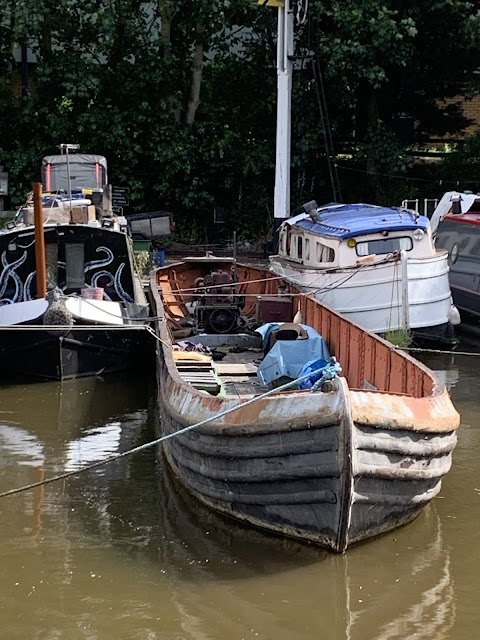 There were free moorings above the bottom lock by the Star Inn, but we moored just below it, near the M&S Foodhall. 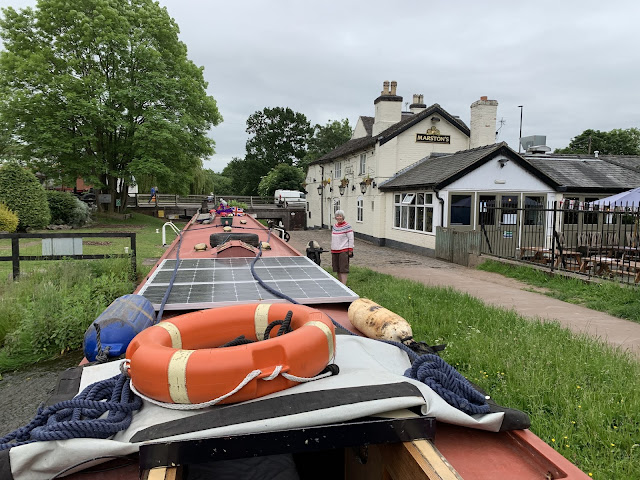 Posted by Narrowboat Annie at 11:05