Up this morning bright and early, we saw lock keeper Dave who helped us down Johnson’s Hillock locks the other day. 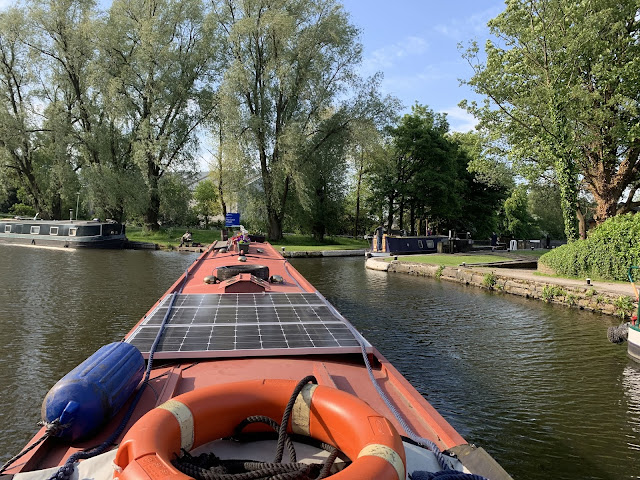 We were soon sorted to go down with singlehander Alan on NB Diligence, with Dave helping us all the way down. The four of us worked well as a team. John and Alan closed many top gates once they had steered the two boats into each lock. 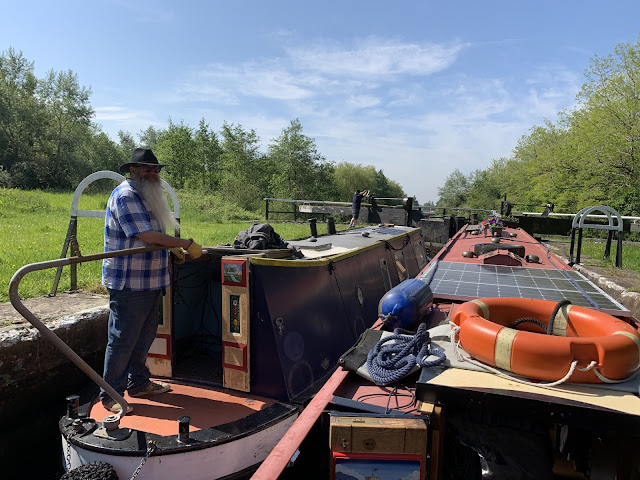 Liana and lockie Dave opened and closed paddles and bottom gates for us to leave each lock. One of them walked on to set the next lock by opening top paddles and one top gate, while the other closed the previous lock’s bottom gates once the boats had gone. 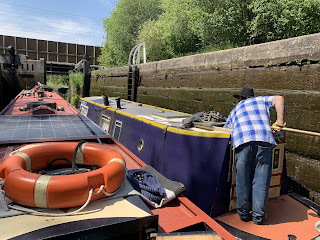 Many gates and some paddles were heavy to move. John’s legs and the rear deck got drenched by some leaky gates. 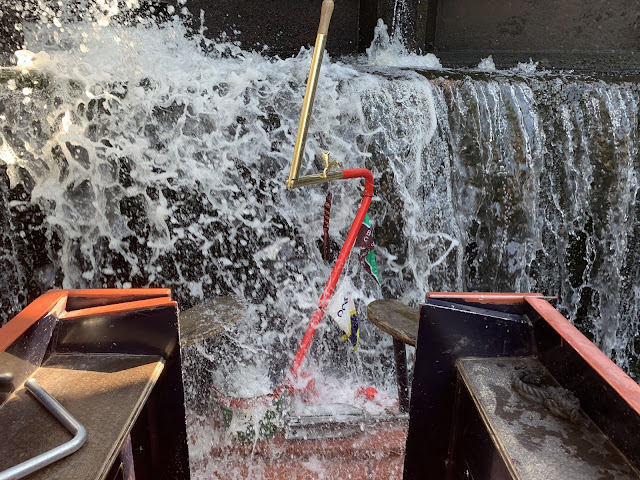 Lock 75 needs work doing, even the lockie’s said so. Our advice is to always go up or down with another boat if possible, preferably with at least four people. Finally we came out of the bottom lock. 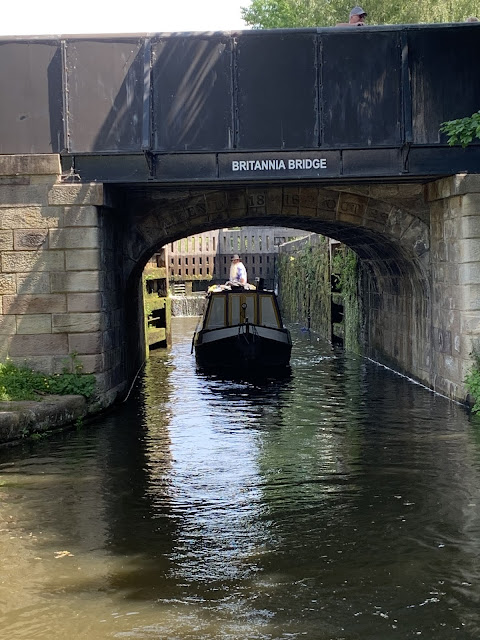 Liana and Dave had done a great job! 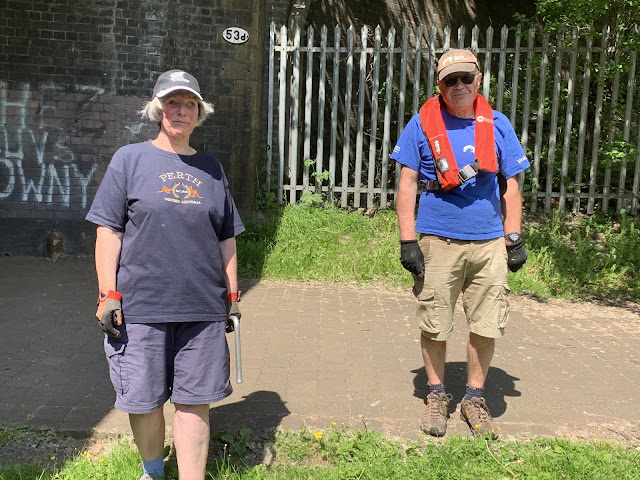 Once down, we were exhausted and hungry, so we rested and then found the local Papa John’s pizza takeaway. We shared a really tasty XXL pizza, then returned to collapse on the boat for a while. 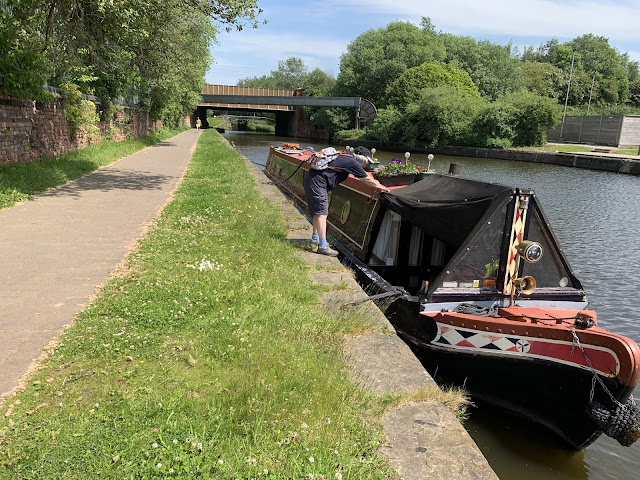 Our afternoon nap was halted by a tap on the window by a lock keeper who wanted to chat about our passage down the locks. We decided to set off south through the two Poolstock Locks. These are 72 feet long, not 62 feet, so John didn’t get wet. The top gates weren’t leaky, either. 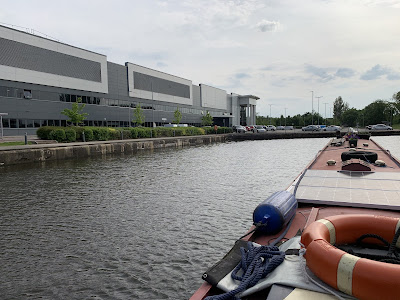 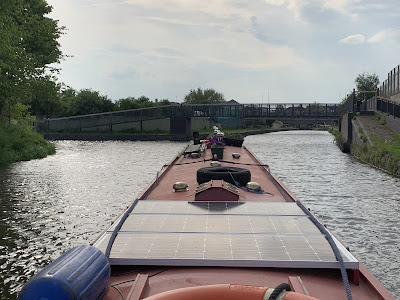 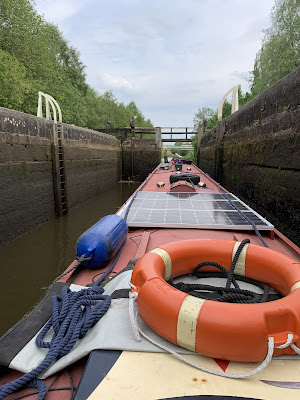 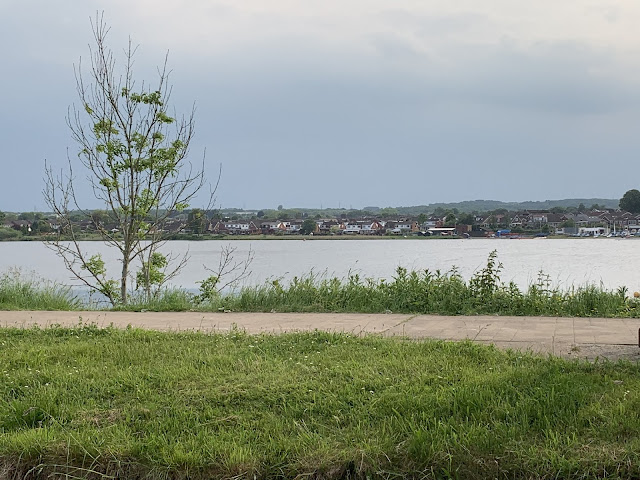 These take the canal down about twenty feet to the level of the Bridgewater Canal, replacing the two Dover Locks three miles south. Due to coal mining , most of the land between Poolstock and Leigh has subsided by tens of feet, to below the level of the Bridgewater Canal, so the bank and canal bed have been raised as the land sank. Hence we looked down on Scotsman’s Flash (a lake caused by subsidence) from on high, seeing sailing boats being put away at the sailing club, while lots of teenagers and some families packed up their gear after an afternoon bathing and sunning themselves on their local ‘beach’. We had boys thinking about jumping on the boat at pedestrian bridge 2, but we persuaded them not to try, thankfully.

Past several other flashes and woodland, we moored at the Dover Locks visitor moorings, between the two defunct, gateless lock chambers. You can see the gate rebates on what once was the top lock, so it has dropped at least twenty feet, maybe more, as it may have been built up as the land subsided. 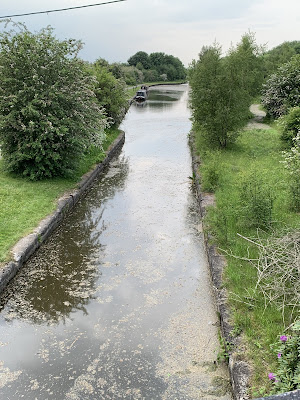 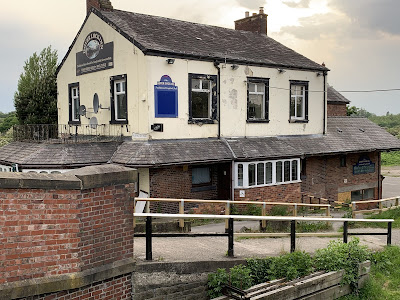 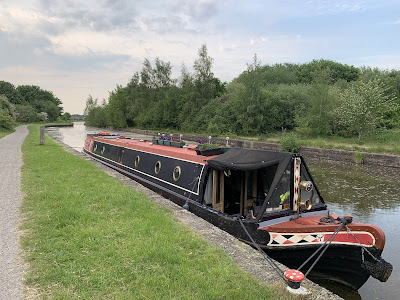 Sadly, the pub is closed, like so many. John had a chat with a local liveaboard boater, who sounded like Paul McCartney, a change from the strong Yorkshire and Lancashire accents we have enjoyed this holiday, so far.

Posted by Narrowboat Annie at 14:30