Last night was just after the new moon, which appeared as a very thin crescent. Tixall Wide was so beautiful that the tv was switched off and we sat drinking in the view, clouds and reflections in the water, plus the peace here, before and after sunset.

This morning we had boats passing from 0630, which did wake us up, although we nodded off again. It’s always busy in the Great Haywood area, and today was no exception. At Great Haywood the River Sow joins the River Trent. We are heading south up the Sow valley, so we are going up the locks again towards the summit level at Gailey. We passed twenty oncoming boats , most in the first hour. Goods and passenger trains passed close by between Milford and Badwich,  one honking their horn when John waved! We were told there were plenty going our way too, but we only noticed the couple in front and two behind, as you might expect! Everyone was enjoying the lovely day and helped each other. 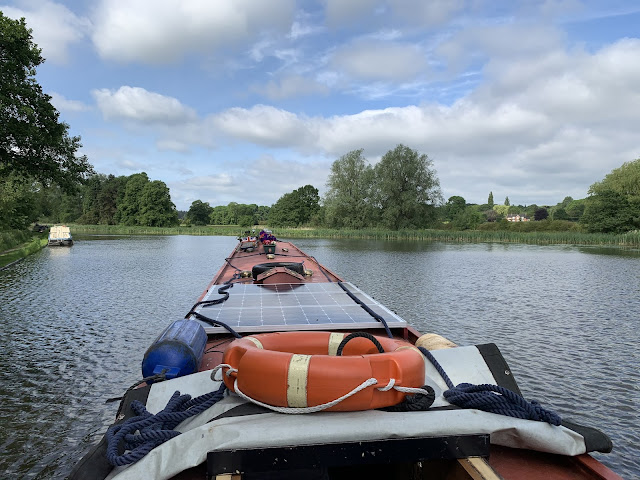 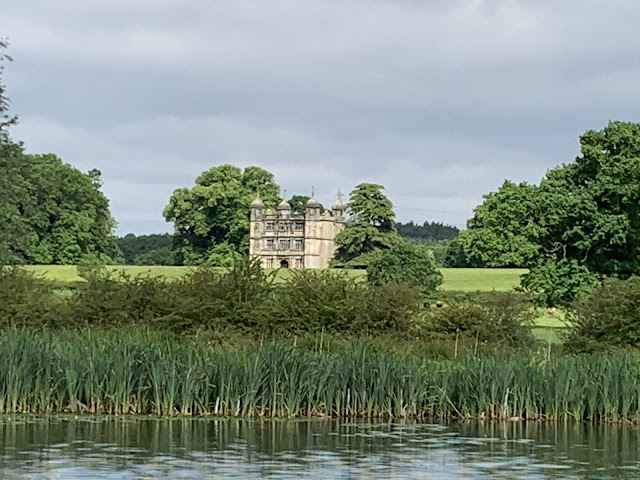 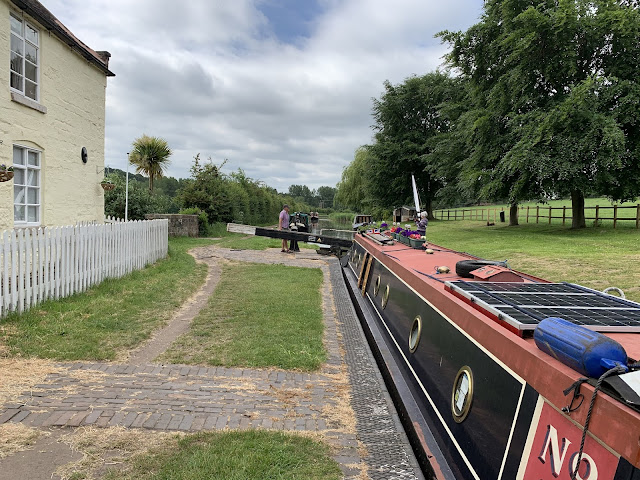 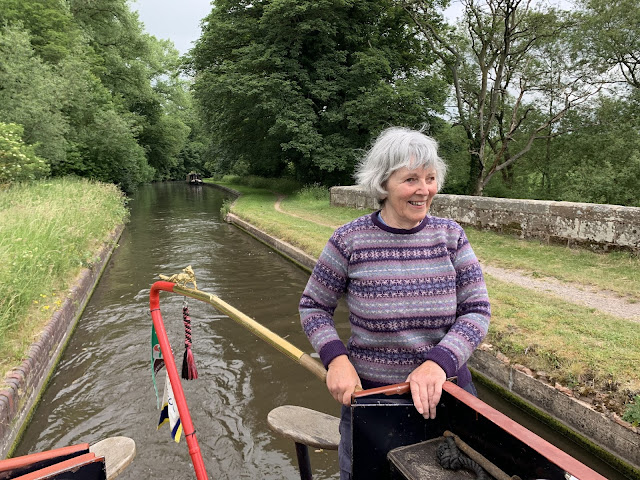 After Tixall lock and crossing the River Sow aqueduct, we soon reached Baswich and the junction with the Stafford arm being worked on. We could see building work going on, by the site of the original lock and lock keepers house. Good luck! 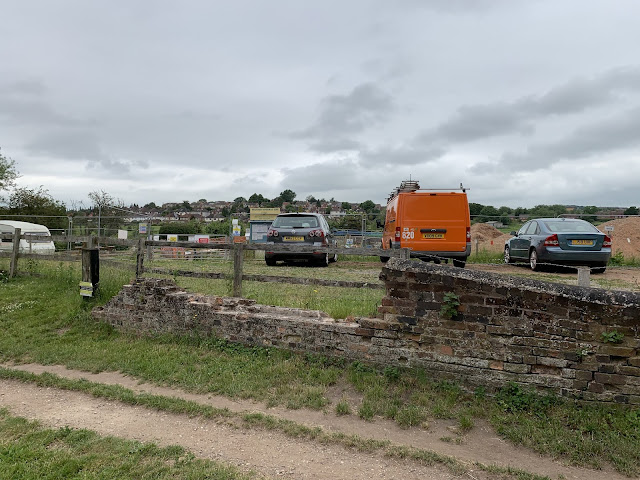 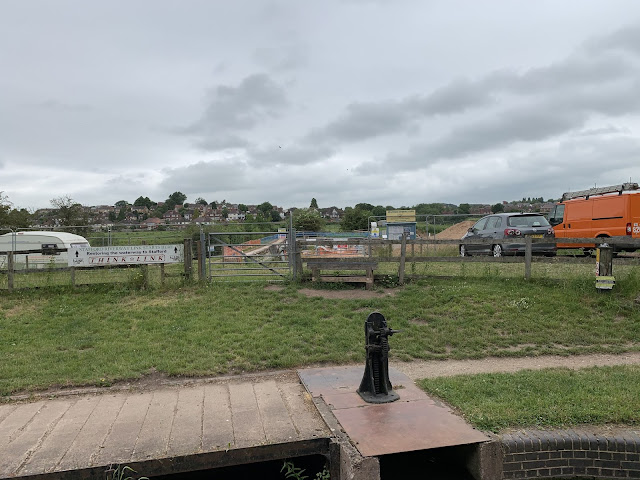 We motored past the pleasant gardens of Baswich and the well-appointed Stafford boat Club, slowing for quite a few moored boats here and there. 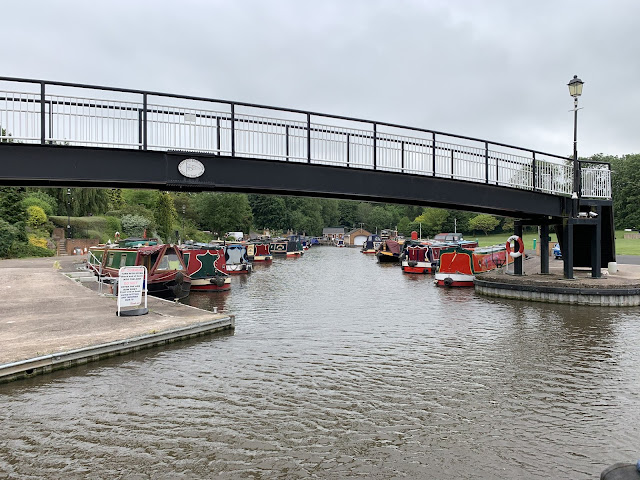 The deepish Deptmore lock still feels isolated among cattle pastures, before we entered the manicured back gardens of Acton Trussell. The distant roar of the M6 wasn’t too intrusive as we waited our turn at Shutt Hill, Park Gate by Teddesley boatyard, and Longford locks.

Nicely kept chalet bungalows heralded the start of Penkridge. The Boat Inn beside Penkridge lock is about to open again, including food, we were told by the staff preparing for this. 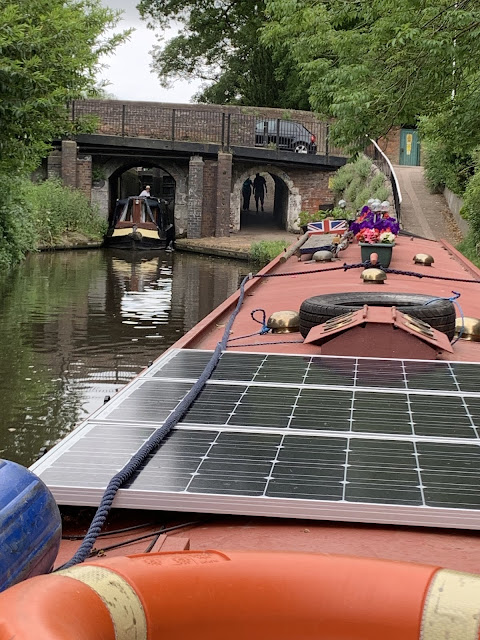 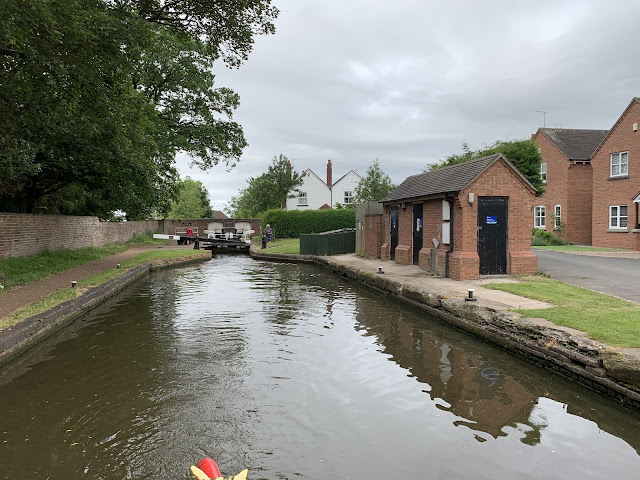 We moored above this lock, walked around the town and had drinks plus a shared plate of chips at The Star in the old market place. We believe the Cross Keys up the canals few hundred metres has a full menu, and the large market is still on Wednesday and Saturday, we were told. 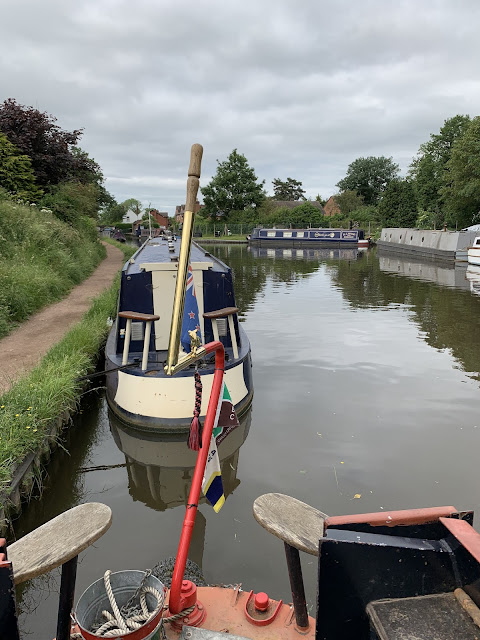 John helped some boaters to moor, after which we had a peaceful evening. Scotland lost at football, sadly!

Posted by Narrowboat Annie at 20:46