We set off to get to Plank Lane Lift Bridge by 0930, when boaters are allowed to operate this busy road bridge, once the rush hour is over. Liana operated it for Annie and an oncoming large widebeam hotel boat. 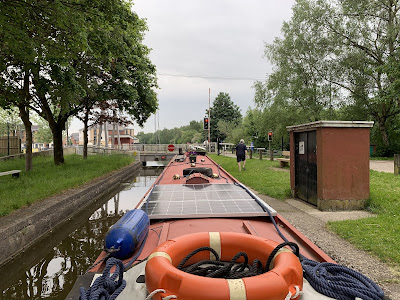 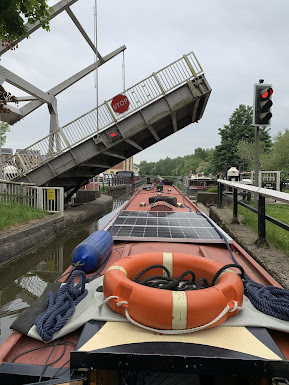 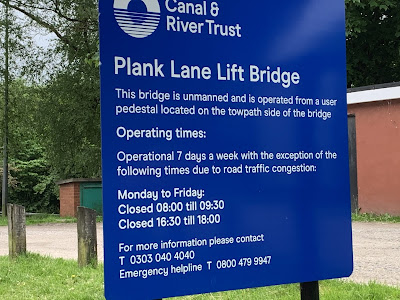 The marina adjacent to it is now fully operational. We continued past numerous subsided sites of coal mines to Leigh, where there were some nice canalside gardens on one side, and countryside on the other. One or two light rain showers passed over, and we arrived at Worsley  to have a walk and a drink. The local services were clearly long defunct. 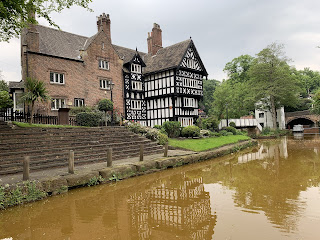 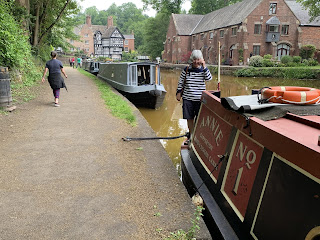 After lunch and a walk around Worsley, we set off for the Barton Swingbridge Aqueduct, before which we passed a large widebeam, rather than on it, thankfully. This amazing construction carries about 300 tons of water in a caisson which rotates to let taller ships pass on the Manchester Ship Canal. 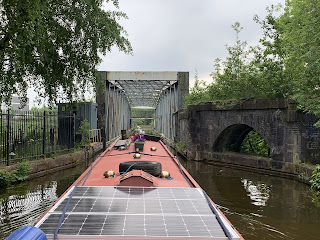 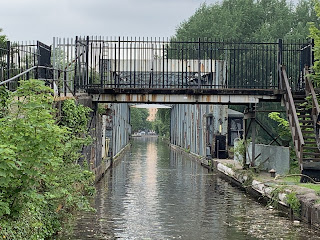 Today we passed over and continued through a green corridor between various industrial units, including Kellogg’s cereal factory. 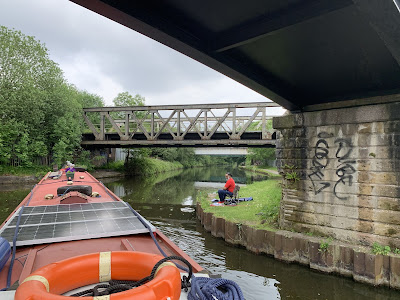 We are still wary about crowds and COVID, so decided to miss out a visit to Manchester Castlefields and the museums this year, with regret. 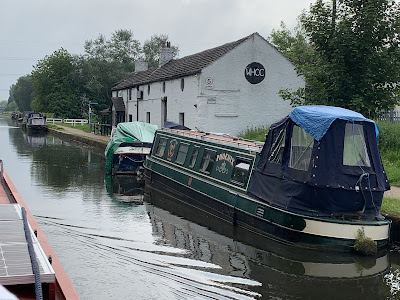 In Sale we passed children in canoes VERY slowly. They had careful adult supervision. 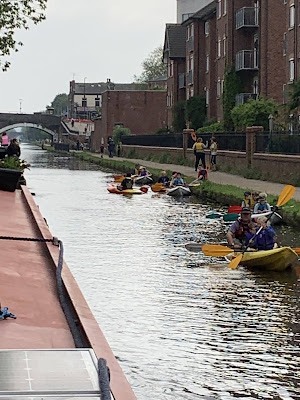 We saw our first yellow Irises, plus some white lily-like plants with oval leaves and white flowers (any ideas?). 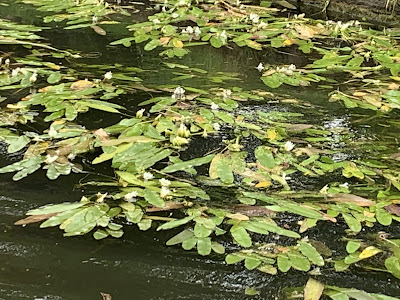 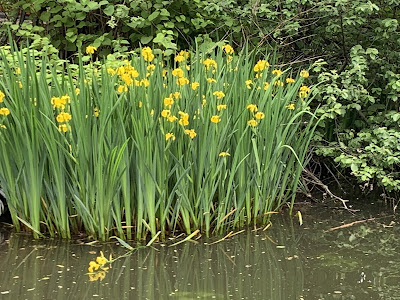 After about five miles we reached the countryside before Dunham Massey, where we moored, relaxed, Whatsapped with family, chatted on the phone to daughters Rachel and Jo, then had tea in a tranquil setting. 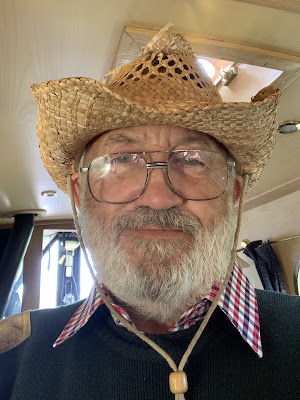 Posted by Narrowboat Annie at 11:54