The Boggart under Harecastle Hill

Sunshine greeted us again, so after breakfast we completed the last locks on Heartbreak Hill.

First we trickled along in the sun towards Lawton Treble Locks, now three single locks but once a triple staircase which was slow and wasted water. 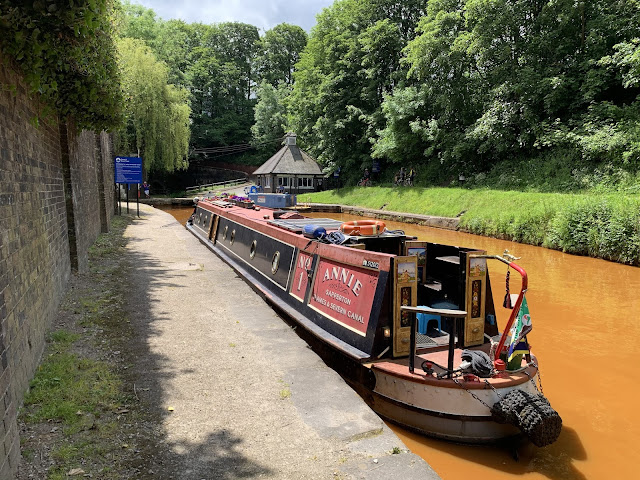 Above is a picture of the Northern Portal of Harecastle Tunnel. Note the orange water caused by tiny ironstone particles in the spring water here. This sediment is noticeable as the canal here is quite shallow in places!

Liana worked hard with a little help from a single hander in front, which speeded things up a little. After six locks, we had a short breather before the five Red Bull locks. We crossed over with a few boats on the way. A CRT volunteer helped us through the lock outside the Red Bull Inn itself. 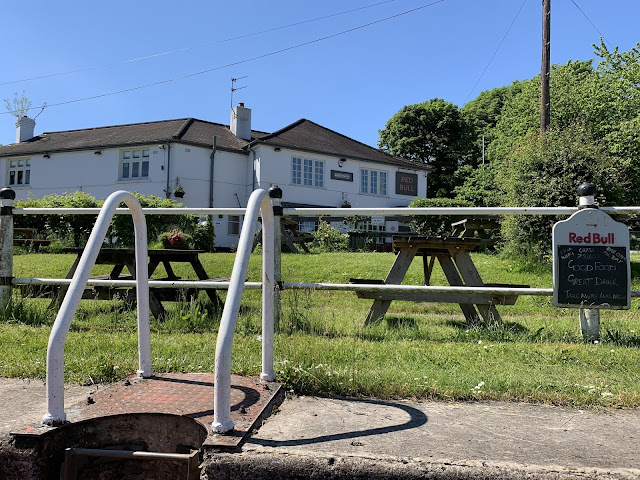 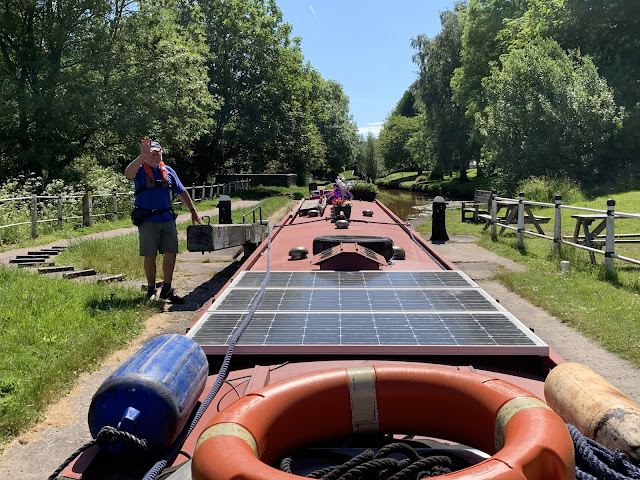 After one more lock we arrived before Harecastle Tunnel, where we were asked to wait for an hour. We were happy to rest and have lunch before our passage through this 1.6 mile long tunnel. We received instructions from the lock keepers and checked lights and horn before setting off.

The new LED front light was a great improvement. 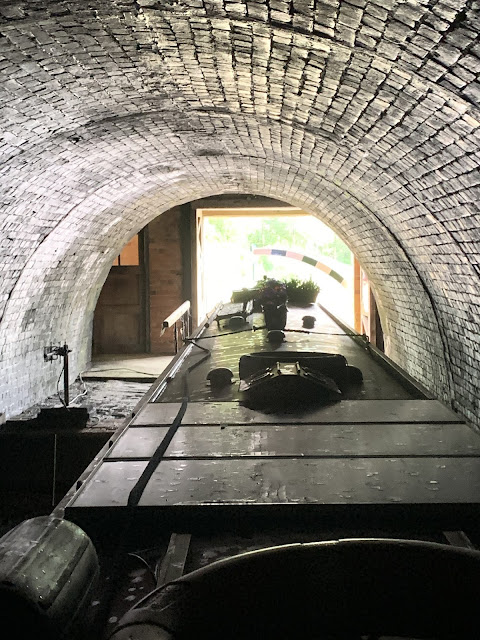 We didn’t see the famed Boggart which is supposed to haunt this tunnel! The south portal area has been landscaped. Icelt by the lock keepers. Well done! 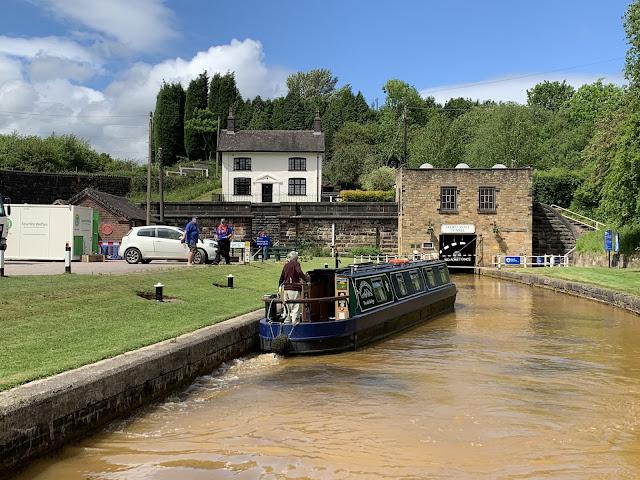 We continued a mile to Westport Lake and moored. We visited the modern-looking visitor centre and walked around the large, scenic lake, a local beauty spot. 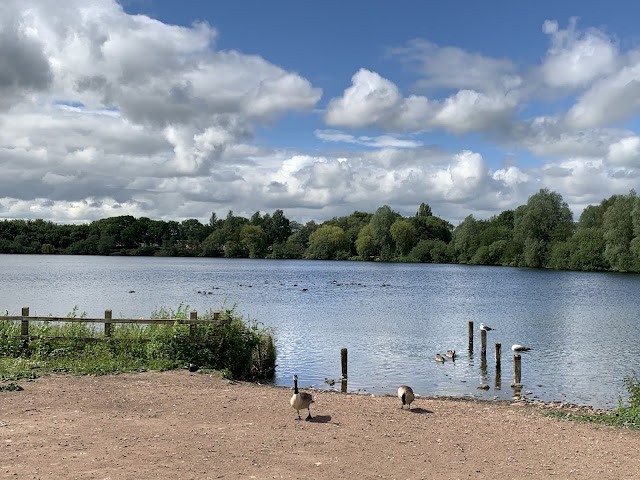 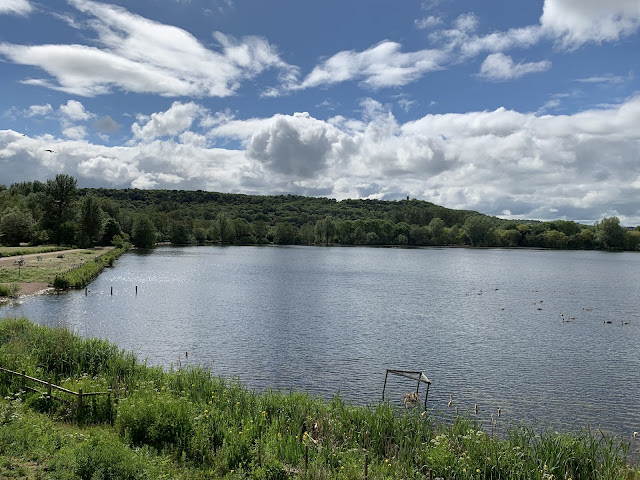 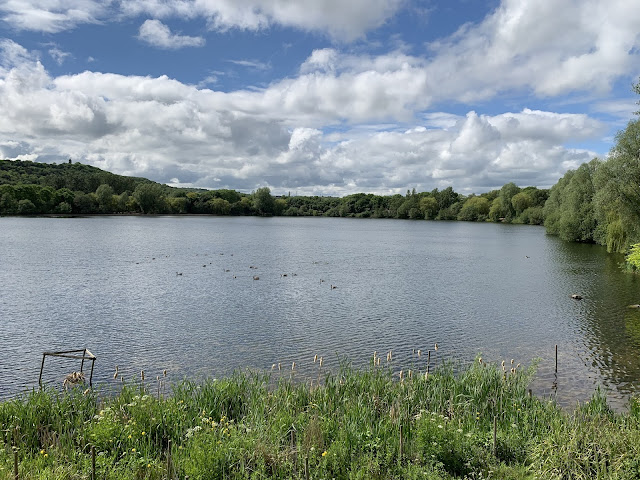 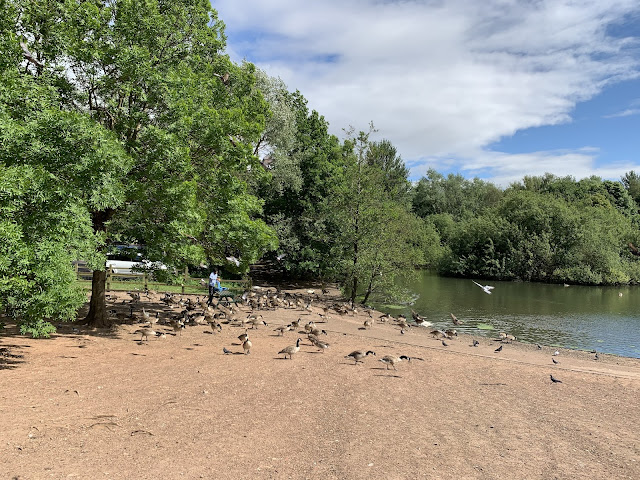 Later John’s cousin Paul and wife Frances popped over from their country home in Cheshire. It’s great to catch up after such long periods apart. We visited the Canal Tavern by car (no real ale ready) but Paul and I had a couple of pints of excellent Three Tuns ale at the Blue Bell nearby. 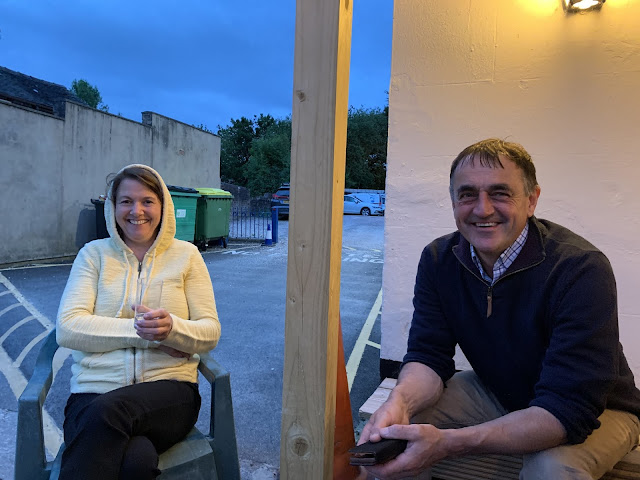 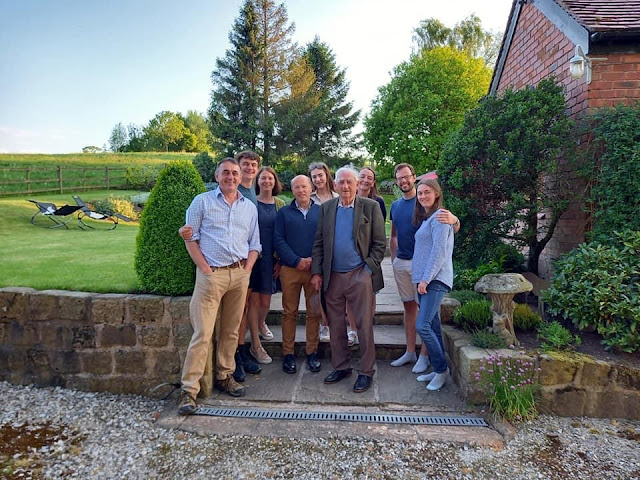 I couldn’t resist adding this wonderful picture of them both with their family, including my cousin Ruth and Uncle Dick, a fine gentleman.
Posted by Narrowboat Annie at 14:31