A wonderful uphill experience! May 22

Today was forecasted to have fair weather, so we intended to potter up to World Heritage Site Saltaire for 1000, visit the art exhibition, and continue through single, double, triple and 5 Rise staircases at Bingley. Typically, the special exhibition did not open until 11am (we had been told 10am yesterday), so we set off. 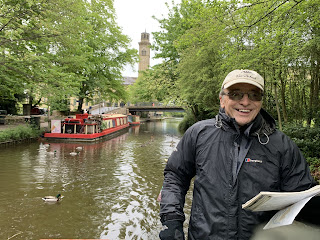 The locks began with a deep single lock, followed by a double staircase lock which had heavy, stiff gates and very stiff paddles. We think there seemed to be a leak from the lower chamber, maybe the cill or a dodgy paddle, as the full top chamber was emptied into the lower chamber to equalise levels, and the level was so low that we could see the ground paddles culverts and rubbed against the top lock cill on moving forward into the top chamber. 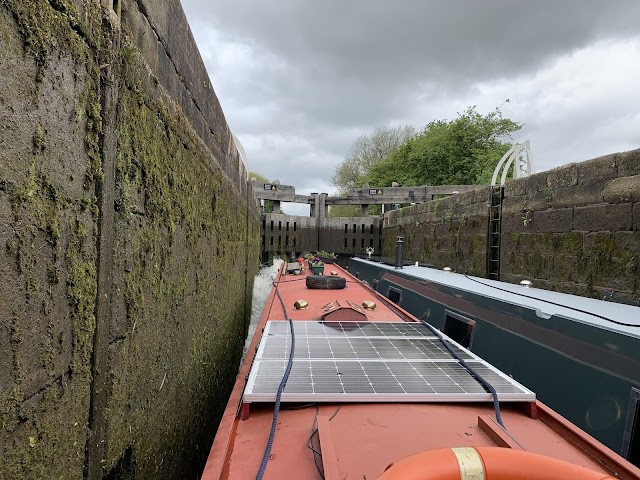 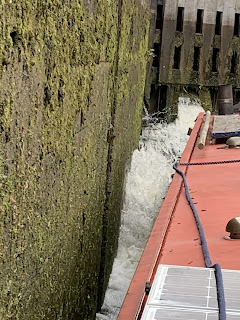 Opening the ground paddles caused water to rush in, soaking the cratches, so Liana, Angela and Wendy shut them quickly! By carefully opening the top lock ground paddles again, and later the gate paddles, we gradually filled the lock. Strange, I’ve never seen the culvert exposed before like that, as we do understand how to operate staircase locks properly. 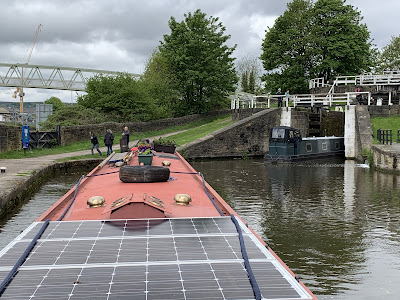 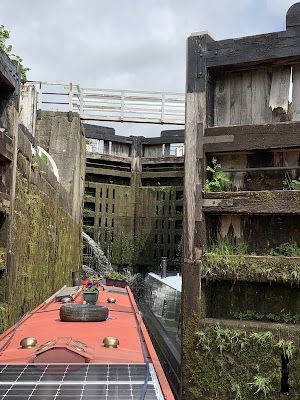 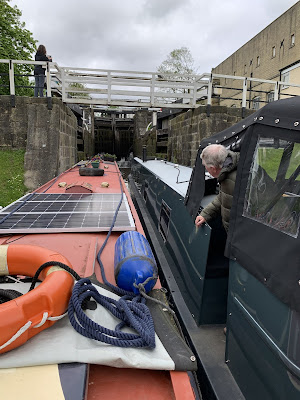 Enjoying the sun today, we reached the visitor moorings below Bingley 3 Rise, where we came under the orders of the Lock keeper. He saw a boat down, then Annie and Down the Hatch again up, past the Damart thermal underwear factory. 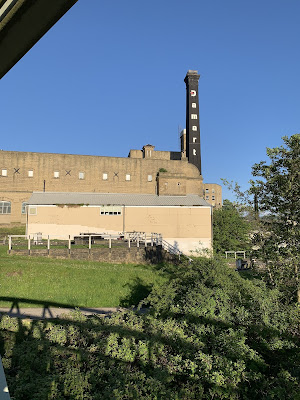 Reaching the famous Bingley 5 Rise locks, we were ushered in by a second lock keeper, and the two of them saw both boats up these very deep staircase locks, rising 60 feet to the 17 mile canal pound which takes you to Skipton and beyond. 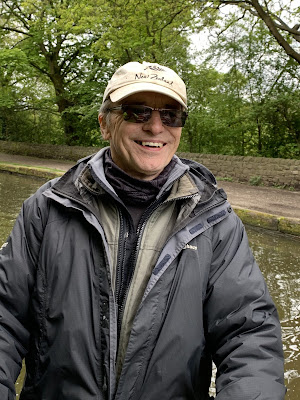 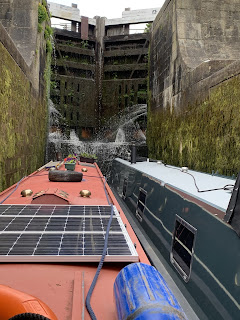 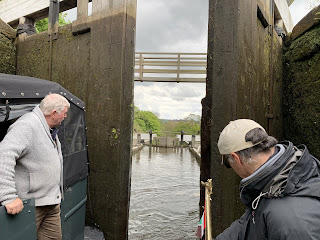 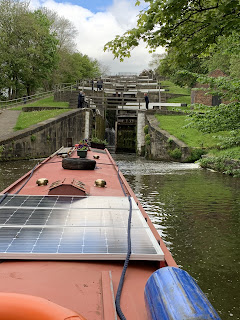 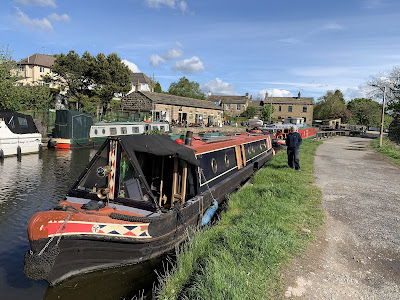 We moored just above the locks and had a walk around the valley between these last two sets of locks, then across an impressive modern bridge across the dual carriageway into the unspoilt town Main Street, square and riverside walk. 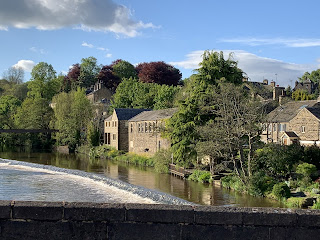 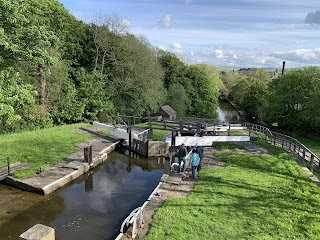 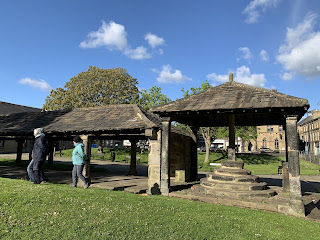 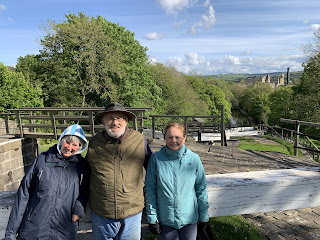 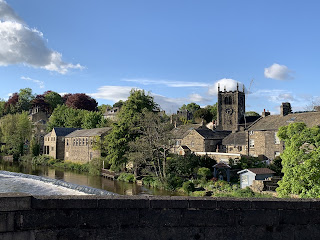 We admired the ancient Butter Cross and had a drink before returning to Annie to eat, read and play cards.

Posted by Narrowboat Annie at 20:29