Despite the good forecast, the weather started wet, so we didn’t pop over to the services and get diesel until the rain stopped and the sun came after 11am. The coal fire was lit, as this was another wet, cold May Day. 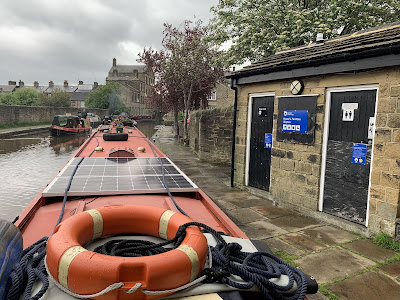 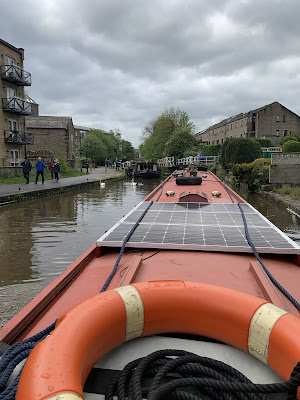 With raised umbrella, we walked to the weekly market stalls, al covered up to keep out the showers. Many sold clothes, with vinyl records, pet paraphernalia, vegetables, fast food, bedding, etc.

Moving the two narrowboats the short distance to Pennine Cruisers wharf, we both filled up with diesel. They have a small boaters shop, too. 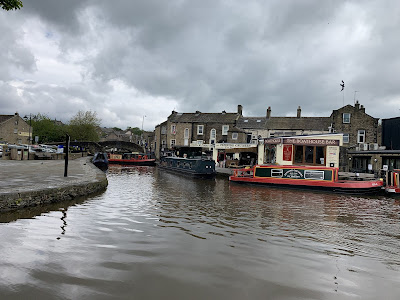 With a variety of boats and canoes moving about, plus moored boats, both boats had to manoeuvre carefully as two oncoming wide beams came through the two swing bridges near the centre of town, as we headed westwards. 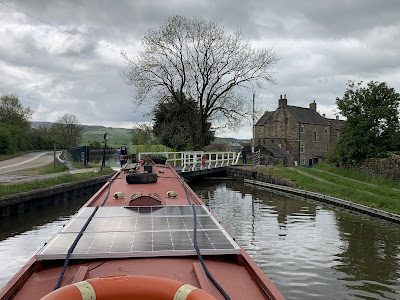 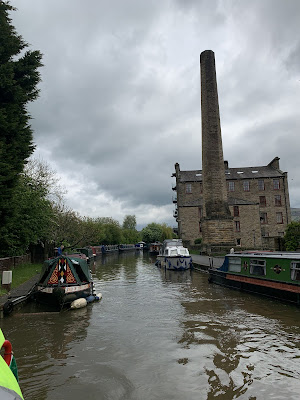 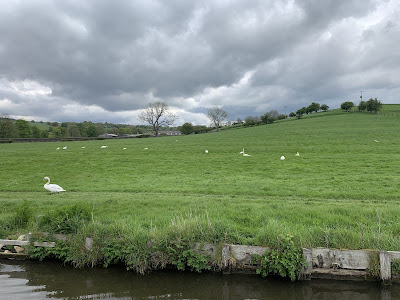 As we left the fine stone buildings behind, attractive new builds appeared, made with grey concrete inner walls, Kingspan insulation and stone outer walls. We passed an interestingly designed narrowboat 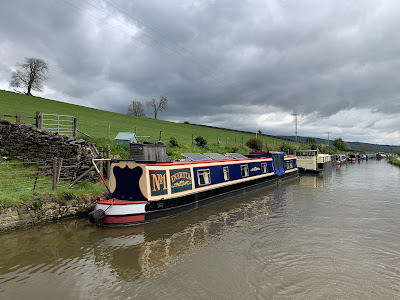 The green Aire valley is again pretty and very green, with the canal, main road and railway all using similar routes to the River Aire. 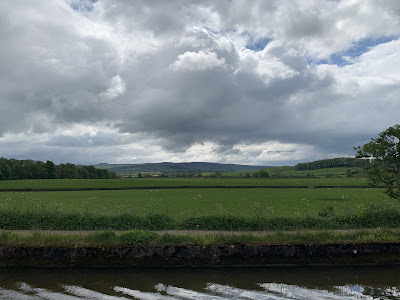 About every mile we reached a swing bridge. A hire boat appeared behind us and came through also, as our two crews operated the last two bridges for them, then reached the bottom lock first and went up ahead of us. At least we could wait in the sunshine. Our reward may be in heaven. John had to push and stand on the tricky bridge 173 to make it move. That bottom lock had only one ground paddles working, too, and was very slow to fill. Thankfully, the next two locks were no problem. The rain started as we came through the third lock to moor. Try to avoid lock landings and winding hole. 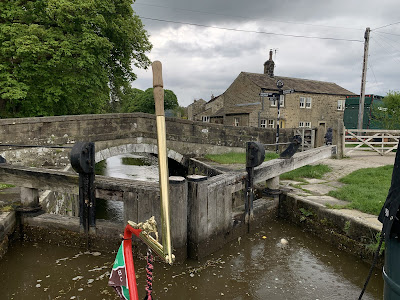 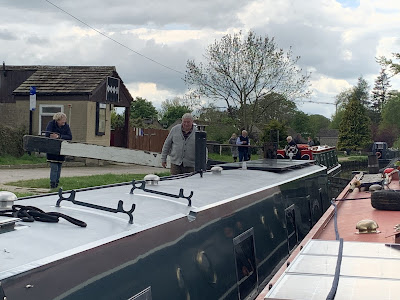 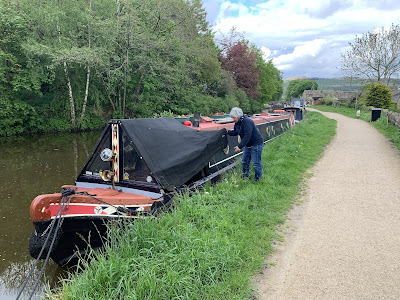 Skipton beef pies, mash and peas went down well for tea. Later, after the sun returned, Liana and I had a walk around the village, which has two or three pubs (none open today) and a few shops. We saw Graham bringing back Fish and Chips to their boat ..... could have sworn he said they were having salad!!

The main road bisects the village, but there are some pretty streets with plenty of attractive stone houses. dessert. 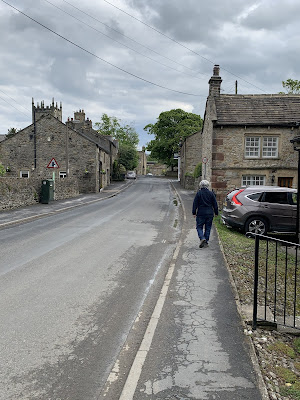 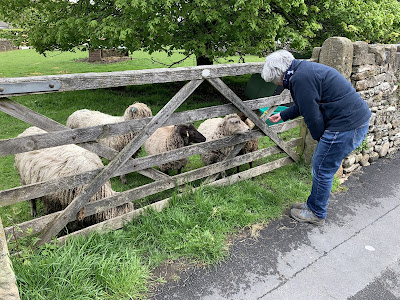 St Andrew’s church was unlocked and open. By moving Victorian wooden pews to the side, they have created a large useable space near the west tower end of the nave. 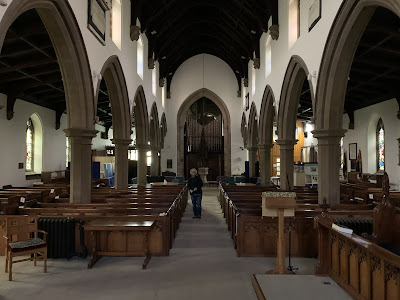 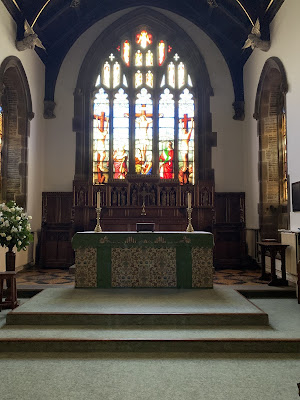 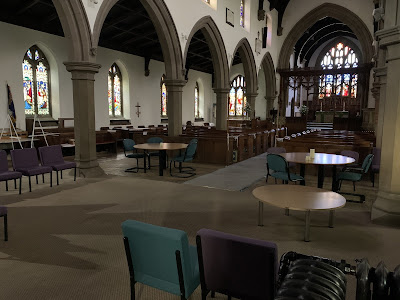 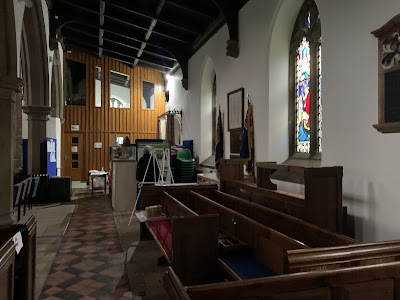 We viewed the young River Aire from the arched stone bridge near the church.

Back at Annie, microwaving our dry scones warmed and softened them, and clotted cream plus Bonne Maman jam on top made a delicious dessert.

On tv, we enjoyed Springwatch and The Great British Sewing Bee (John was blogging, then reading Dick Francis at the same time).

Posted by Narrowboat Annie at 20:22