Sunday 2 May walking and cruising up the Don

After a relaxed start for Liana while John made tea and cooked breakfast to finish the lamb’s liver with bacon, egg and mushrooms, we had a lovely walk in the sun upriver. Past the Boat Inn, we visited several hides to observe bird life on the flash beside the river, avoiding cyclists on the asphalted footpath. Joanna rang and chatted while gardening, puffing a little as she is now over six months pregnant. 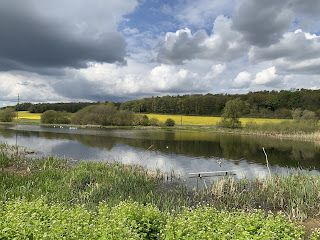 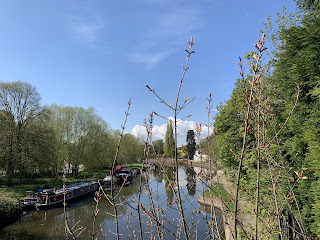 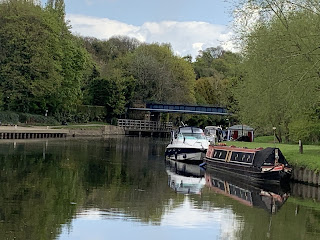 After an excellent cappuccino from the caterpod trailer kiosk at the mooring, we set off upriver in the sunshine. The three miles to Mexborough bottom lock was pleasant , with the high point being that amazing disused railway viaduct at Conisbrough, not too far from the Norman castle. 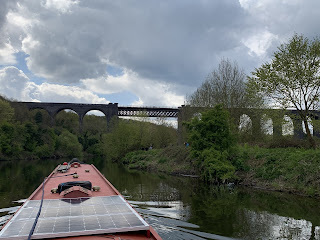 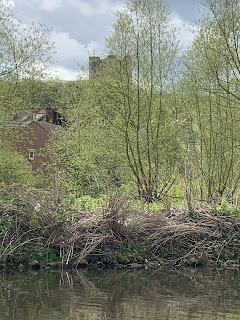 Liana operated the deep lock mechanism, and we spotted safe, good moorings above it on the cut above it. 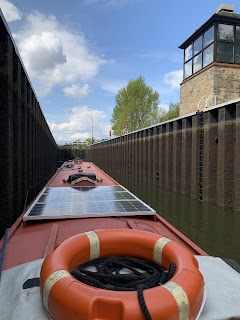 Cruising slowly up to Mexborough Top Lock, we enjoyed the riverside gardens of houses, quite a change from willows. 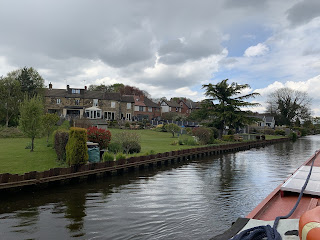 Returning downriver, we moored above the lock on the rural embankment above the river meadows, where we could get a decent tv signal, unlike in the Don Gorge at Sprotbrough. We read, and John watched a comedy film ‘Bill’ based on Will Shakespeare , while the wind and rain took over.

Posted by Narrowboat Annie at 14:56