Here at Rodley the mooring is lovely, between two pubs, close to swing bridge and ancient pack horse bridge and overlooking buttercup meadows. 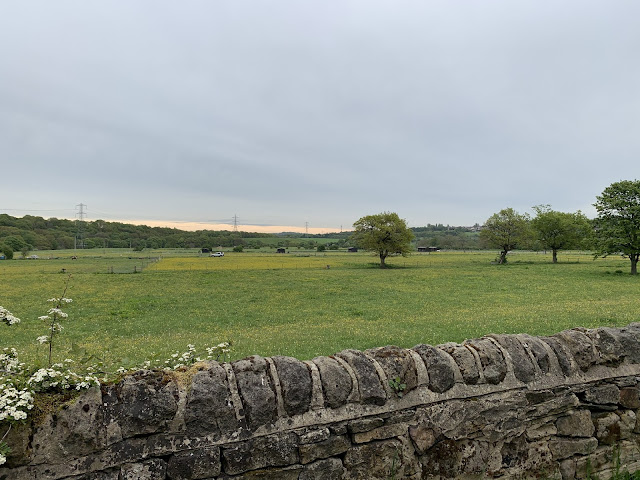 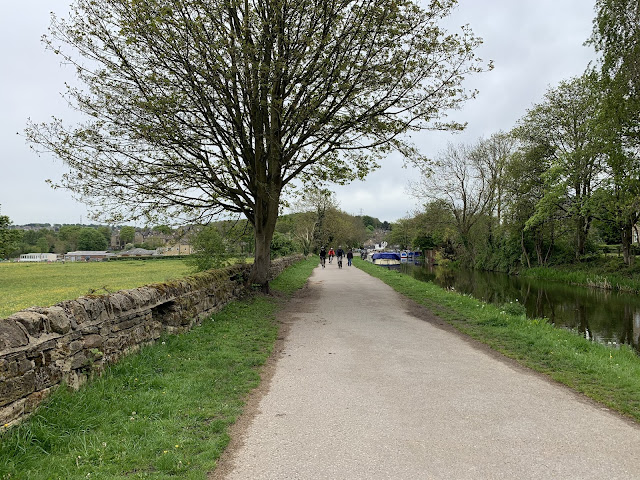 No food shops, though. 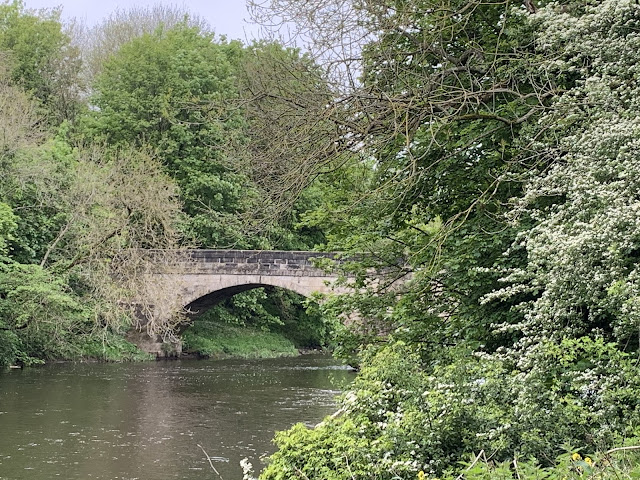 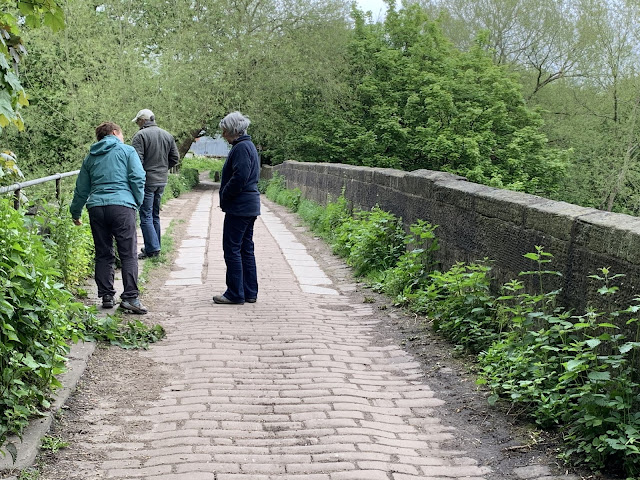 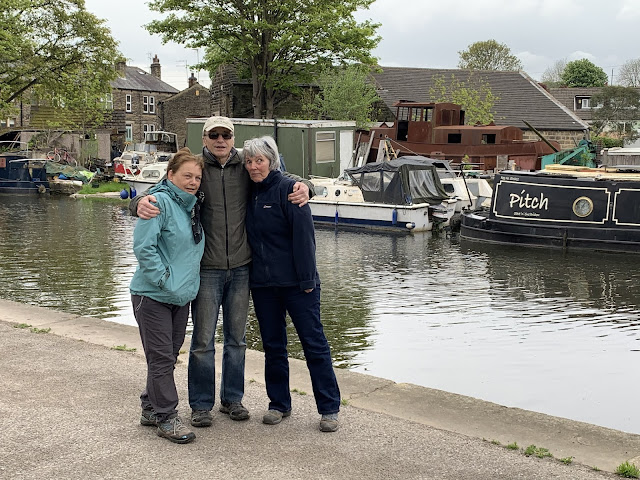 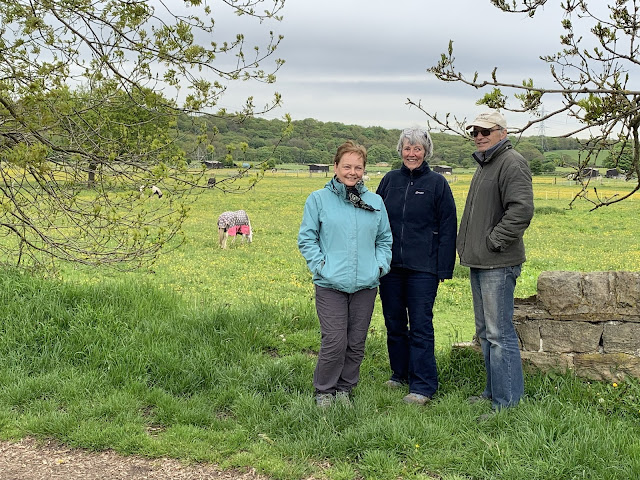 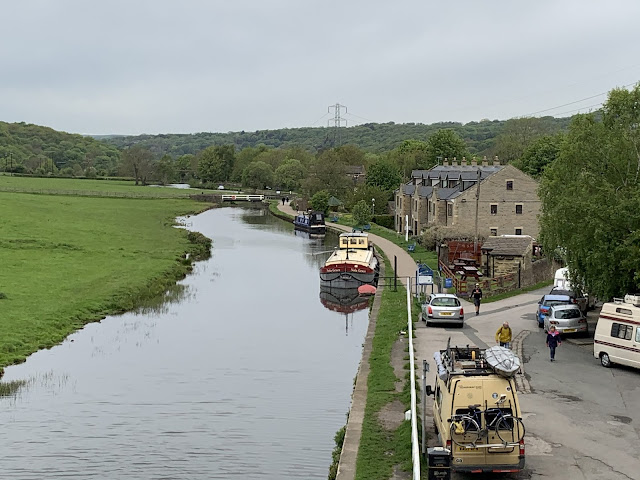 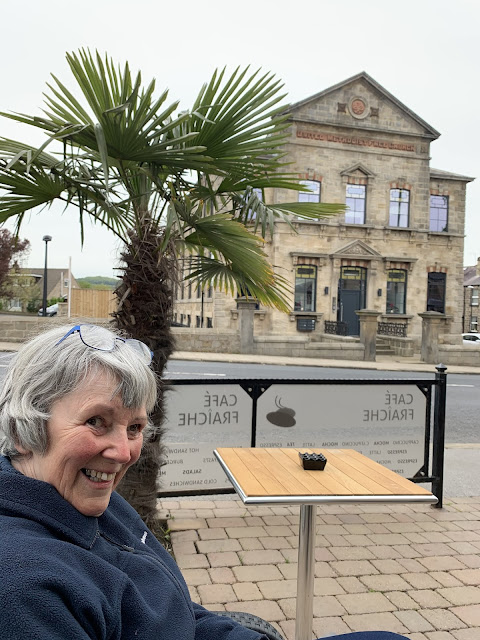 We had a pleasant walk around Rodley after breakfast, and set off past the Railway Inn and through the swing bridge, followed by NB Down the Hatch again. 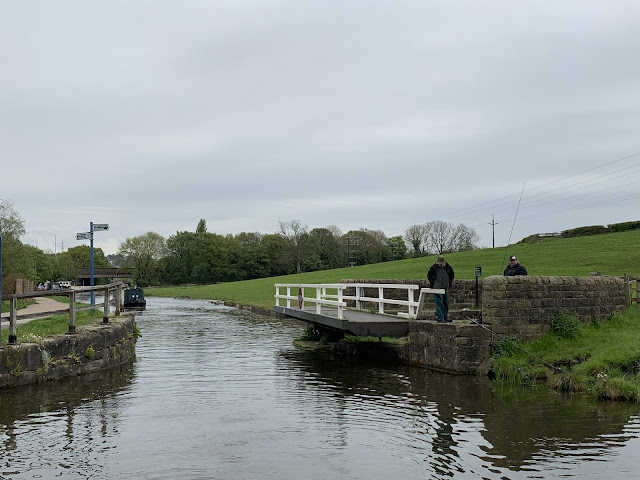 We left Norman closing the swing bridge and chatting to a fisherman. He hitched a lift with Graham. 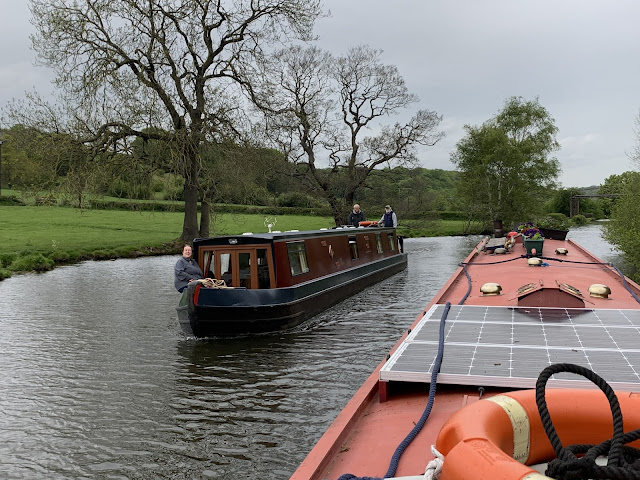 We passed an oncoming Silsden Boats hire boat, and enjoyed the rural setting, intruded on a little by local trains running near us up the Aire valley. 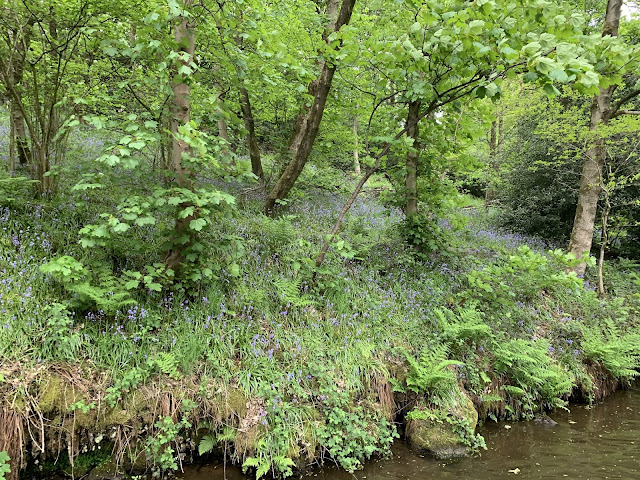 Passing by bluebell strewn woods, we arrived at Apperley with new stone built houses around the marina, we continued to the double staircase locks, where there are CRT services. 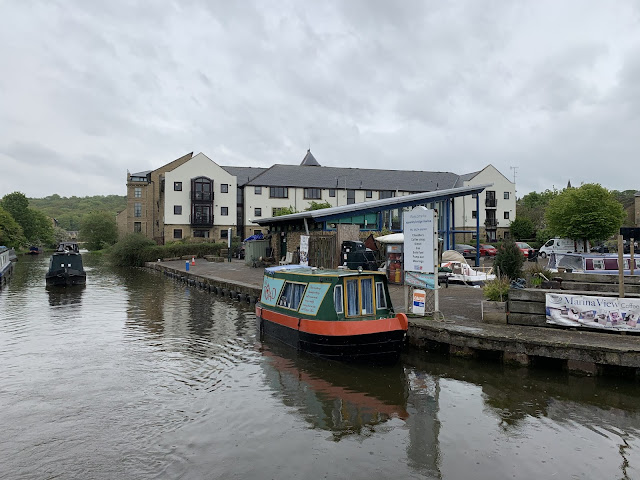 The rain started, but we decided to go up the locks to empty holding tanks. Big mistake! 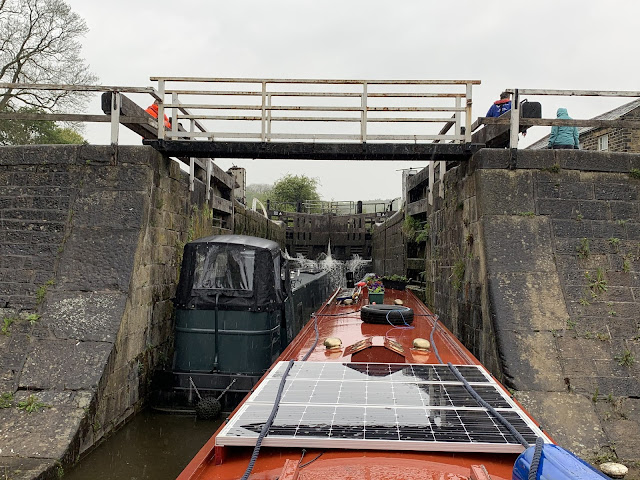 The bottom chamber top gates were so leaky that huge jets of water splashed both boats, entering roof vents and soaking Graham and Wendy’s bed. Norman quickly made sure Annie’s cratch and front doors were closed up!!

The rain soon became torrential, so CRT trainee volunteers and Annie boaters all got soaked. 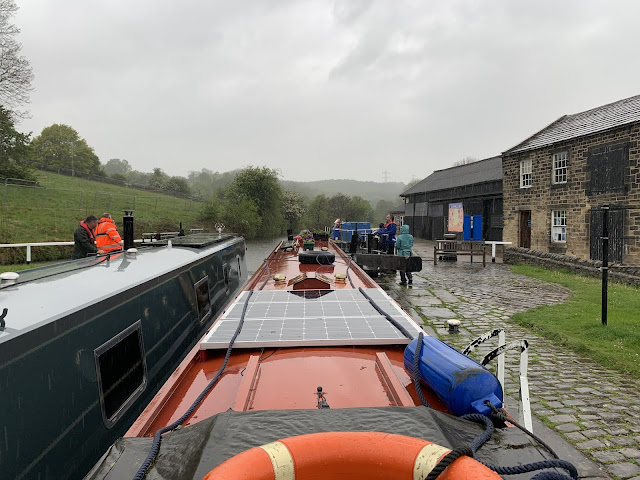 Once Norman and John had used the Elsan, we moored for the day and played Scrabble. 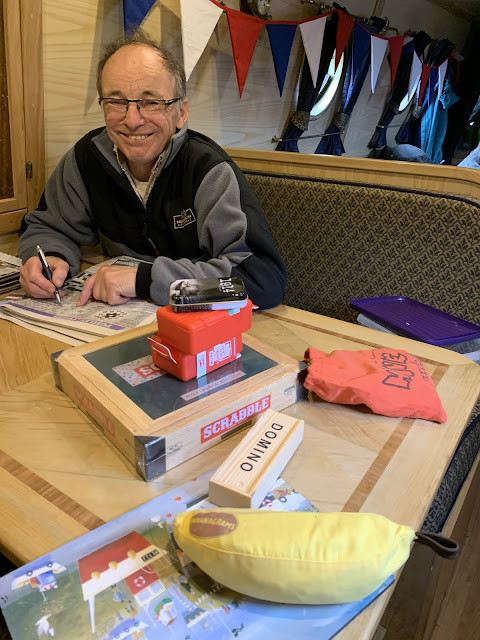 Posted by Narrowboat Annie at 16:02