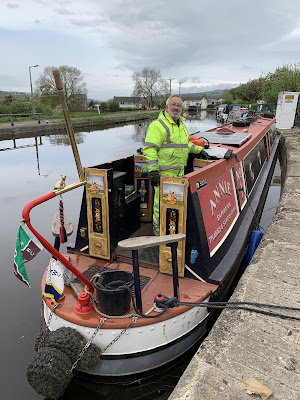 After using the services above Bingley Top Locj, we started on the 13 mile pound to Skipton. The canal is high on a hillside terrace above the River Aire now, so we have a wonderful view over the houses to the pastures and woods covering the slopes opposite. We are getting into Yorkshire Dales country! 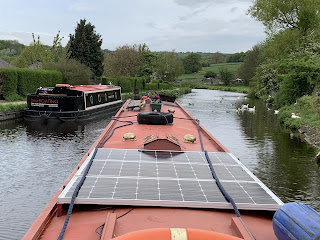 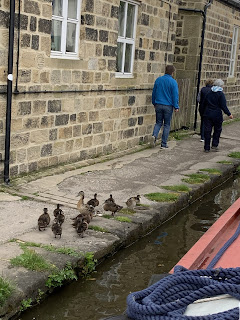 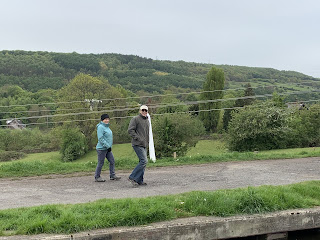 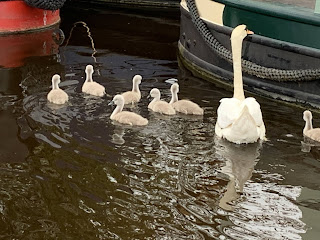 We shared swing bridge duties with NB Down the Hatch again and oncoming boaters, mainly hirers from Silsden Boats, including wide beams. The housing is largely hidden in the valley bottom, below the canal, so we have a great view of pastures, stone walls and barns.
We have moored at Riddlesden before, and can recommend visiting East Riddlesden Hall nearby, plus a day ticket on the Keighley & Worth Valley Railway, especially for Bronte fans, as the train calls at Haworth. The Cliffe Castle Museum is also close.
This time we carried on past the old stone Elam Grange farmhouse and Sunday golfers, past woods, meadows and quarries, with a delightful view down onto the valley. 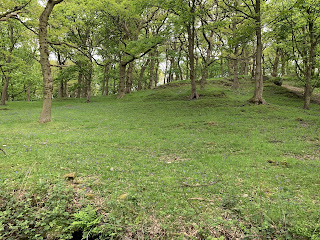 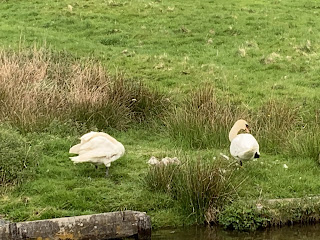 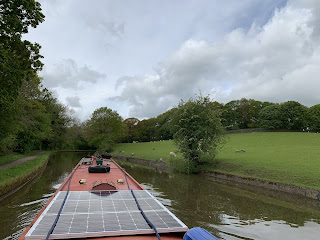 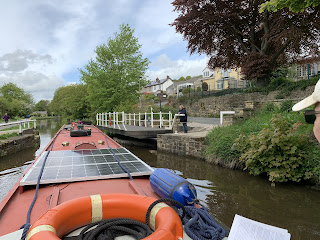 We negotiated swing bridges and narrows with slots for stop planks. These were built during WW2 to limit flooding in case of bomb damage.
Silsden looks inviting and full of stone buildings, but we decided to continue in the sun. 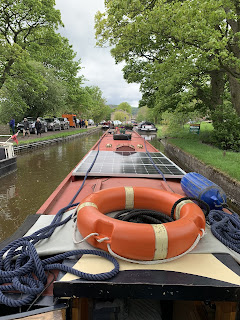 However, reaching Kildwick, we had two oncoming boats, moored boats and our two, which made passing a tight manoeuvre. The lady steerer on the hire boat did really well. 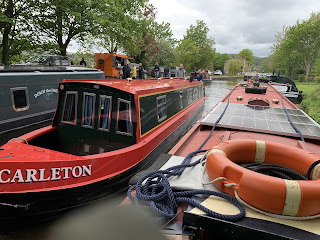 Dark clouds, showers and a strong wind made us moor just past the swing bridge, by the beautiful long stone church. 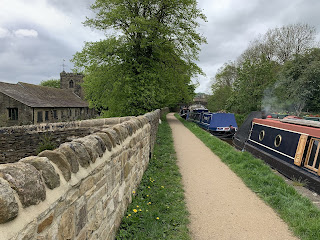 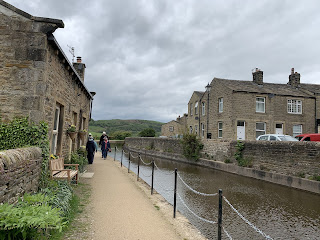 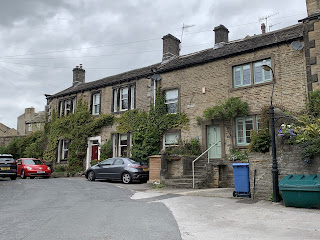 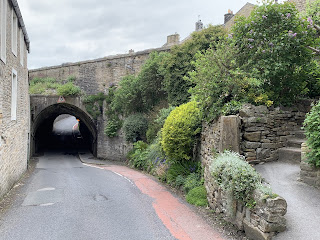 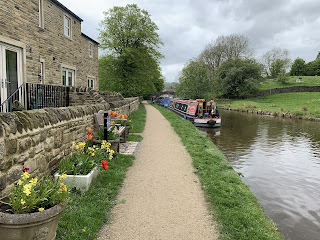 Once the sun returned, we had a lovely walk around this small but attractive village, with a lovely and unexpected bonus! The church was unlocked, and we were allowed in by the bell tower captain, who was very enthusiastic. Before his group of ringers arrived, Norman and I (both bell ringers) were invited to help ring up the bells (8, with a 15cwt tenor bell). We were later invited to ring some call changes with their ringers, which we thoroughly enjoyed. Many Thanks!! 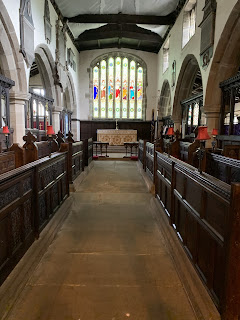 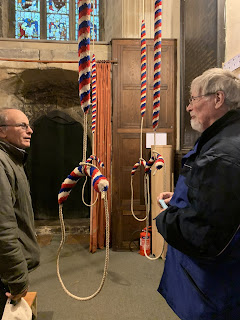 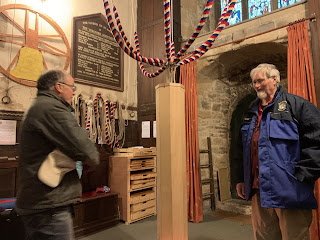 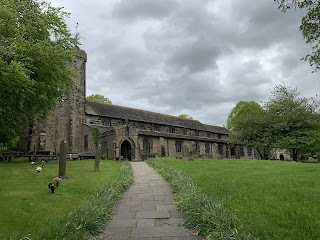 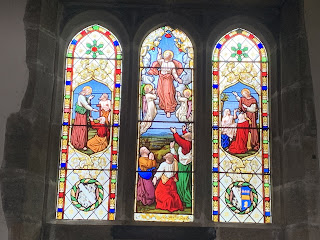 The day continued well, as John’s team, Liverpool FC, won and qualified for next season’s Champions League, much to his delight.
Rain returned, John read while Angela, Liana and Norman enjoyed online ancestry research into their Devon family.
Posted by Narrowboat Annie at 14:56