Gargrave to Bank Newton and beyond

We got up late today! Dressed and sorted out Annie, grabbed a quick breakfast and set off not too long after 0900, after our early rising neighbours. Our first three locks are only about a quarter mile apart, and oncoming boats helped a little. The sun was shining brightly for a change, and blue skies cheered us up immensely. 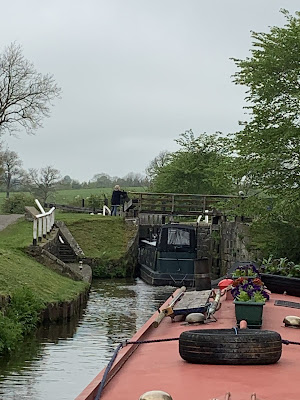 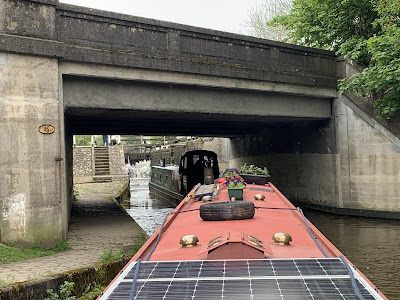 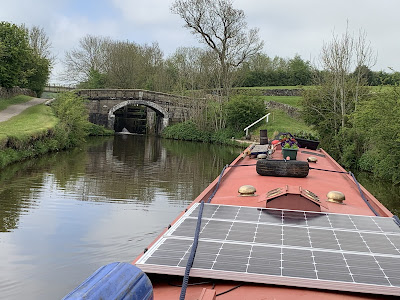 Reaching the “thick” of six closely spaced locks at Bank Newton, we found Nigel the CRT lock keeper and his partner with volunteers opening 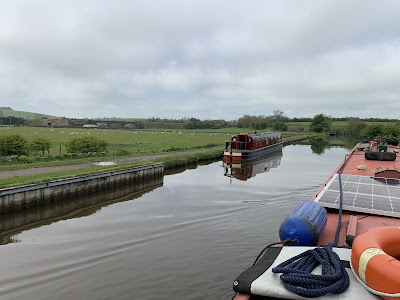 the bottom lock gates for us. With several pairs of boats coming down, we had lots of folk helping and lots of manoeuvring between locks, in the short and twisty pounds. John used a rope which Liana looped around a bollard to hold Annie against the side as Graham brought their boat in. 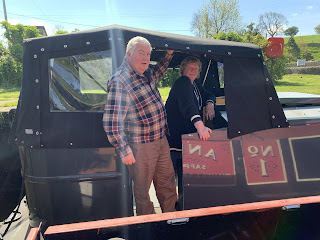 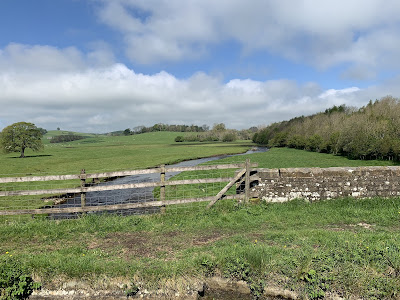 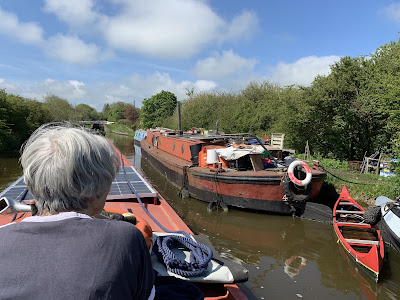 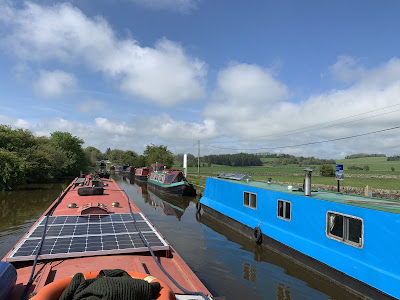 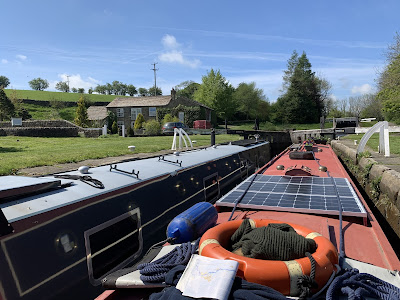 Reaching the top lock, we heard that a film crew was preparing to film the new James Herriot series, with a narrowboat, wigwam and the Kenner, a   heritage widebeam working boat. 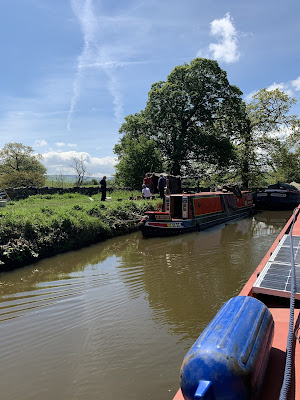 The canal is high on a terrace with magnificent views here, so both boats moored in the sun on the winding loops around the valleys and spurs. 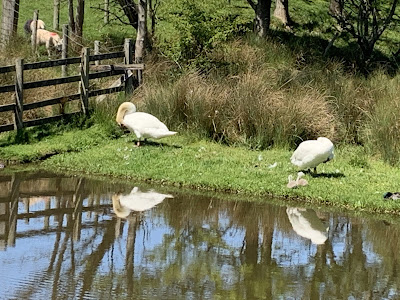 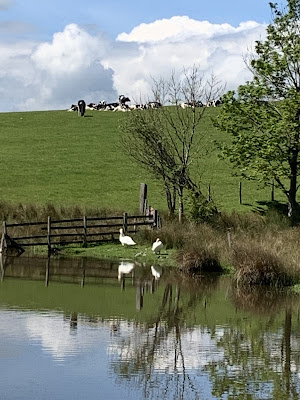 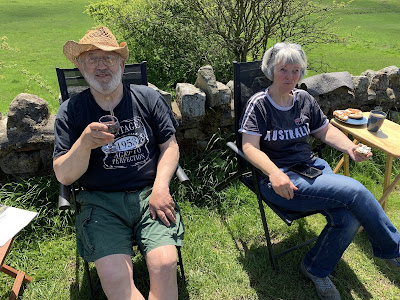 Posted by Narrowboat Annie at 14:15