Thankfully today is a lovely day, so after buying hot pain chocolat and bread, we set off with Down the Hatch again at 0900. The city centre has a mixture of new build designer apartment buildings and stylishly modernised brick warehouses turned mainly into flats. 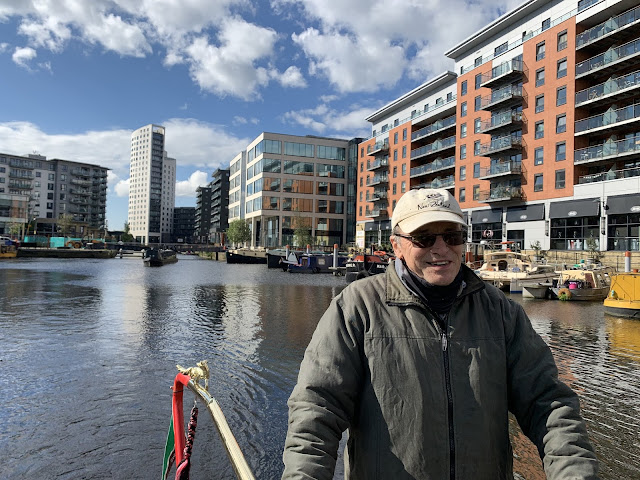 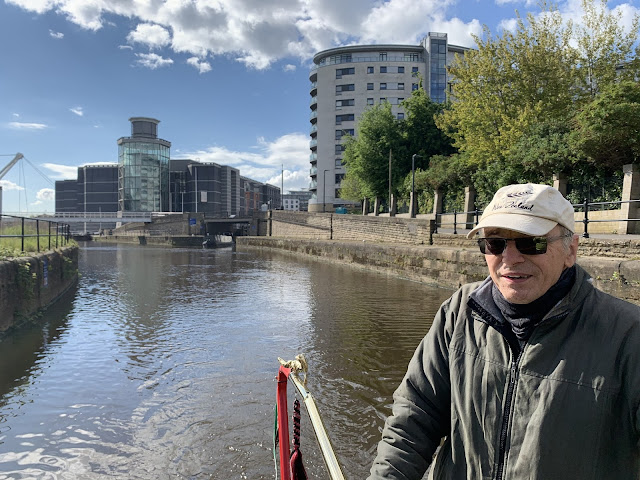 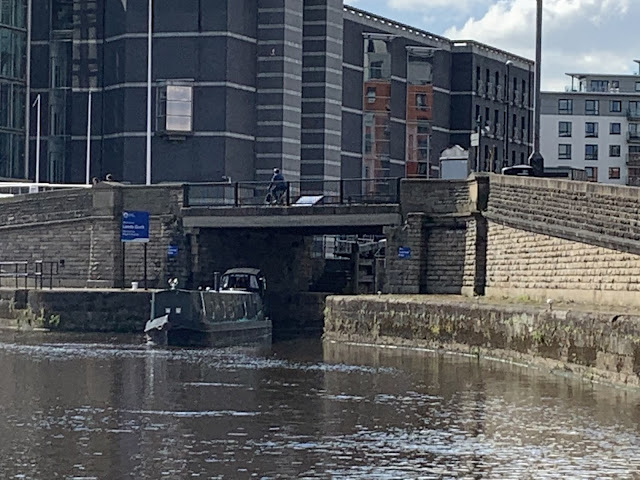 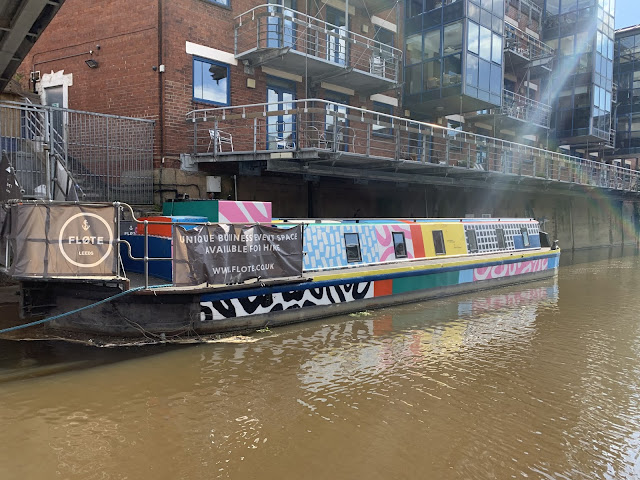 Taking our time to enjoy our city surroundings on the one mile trip upriver, we passed into River Lock, the first lock on the Leeds Liverpool Canal. 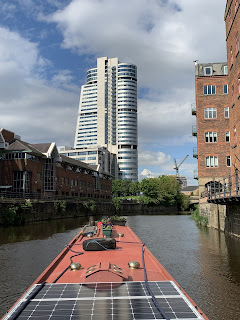 There are moorings and water here at Granary Wharf, close by City Station. We were soon admiring the Italianate chimneys, about to be built around  now the Tower works is flattened. 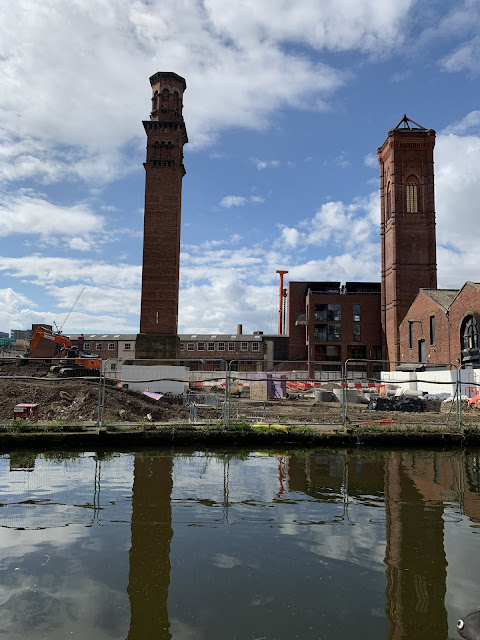 hrough Office Lock, under the wide mainline rail bridge to St Ann’s Ing Lock, heavy gates and stiff mechanisms made us all work. 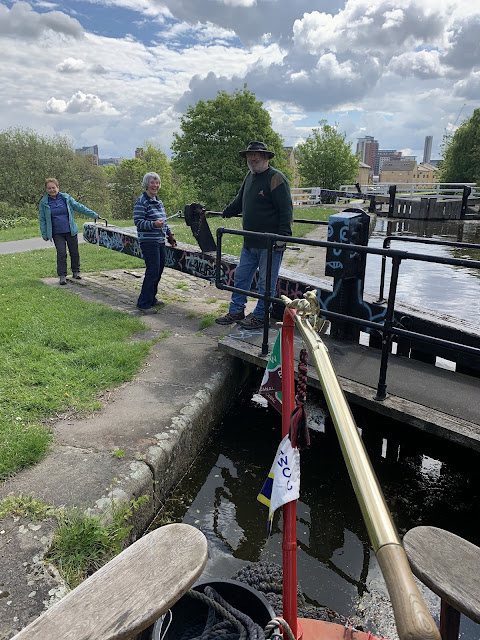 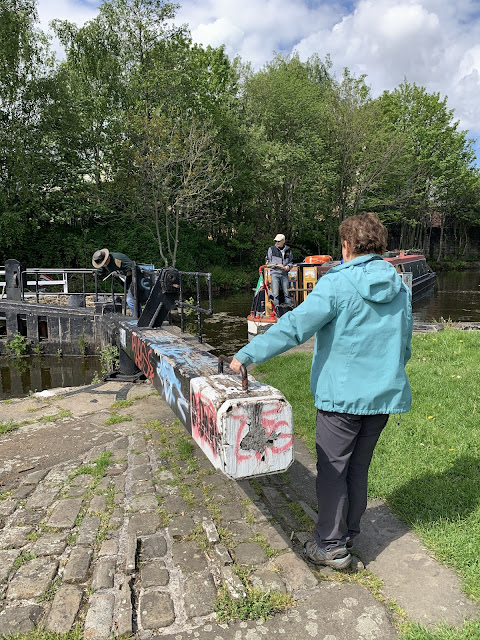 The first double staircase were also hard work. It’s a good job there are six of us for the two boats! 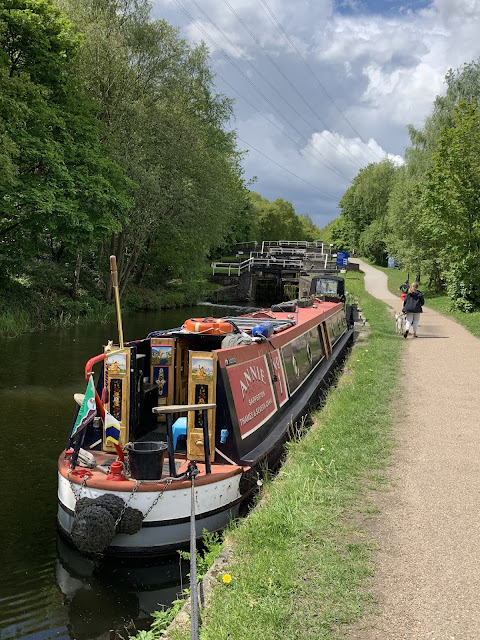 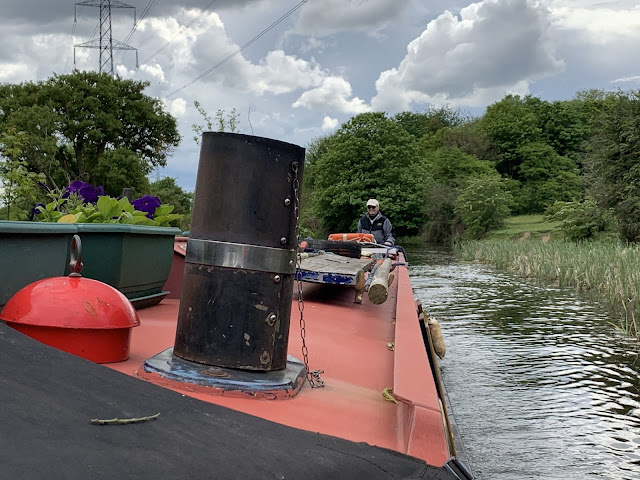 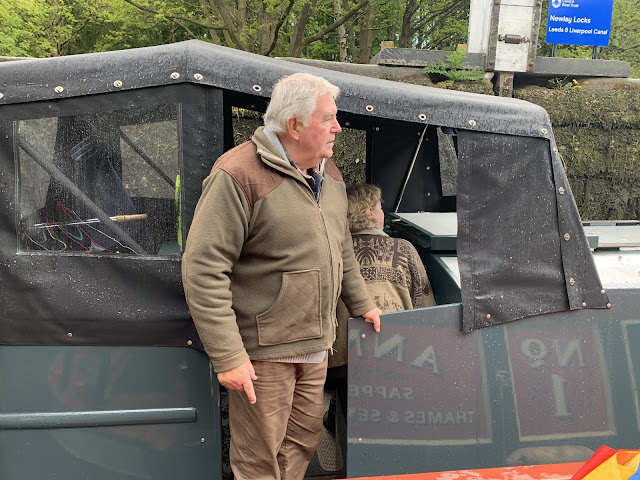 The volunteers at the Newlay 3 Rise just after we’re needed: We could not close the bottom gates behind square sterned Down the Hatch again (DtHa). John had to reverse out Annie, so DtHa could go diagonal for them to close the gate behind her, after which John brought Annie into the chamber, the lock gate was closed behind her 60 foot length (just) and we continued. The middle chamber is apparently the shortest on this whole canal by a few inches, so we did the same again. The top chamber was fine. Again, gates and mechanisms were rather stiff. 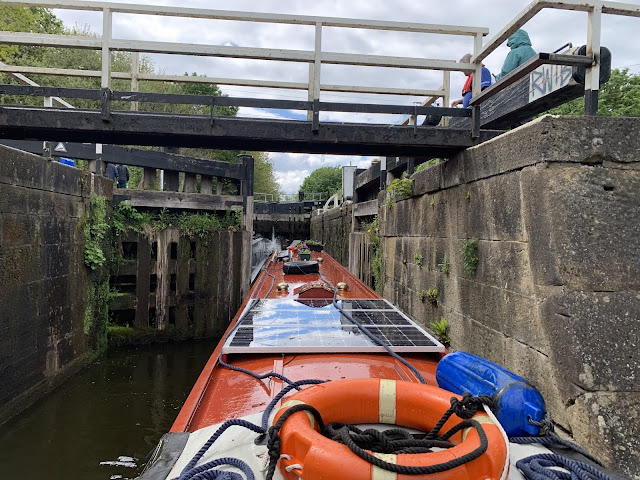 The beer at the Railway Inn was excellent, Graham and Wendy stayed to eat while we ate steaks on board, and sat out with wine in the sun.

Posted by Narrowboat Annie at 15:27